China’s embassy in London issued a grave warning to Downing Street, claiming that offering Hong Kongers a claim to UK citizenship is a “violation of international law”.

The embassy also claimed that the measure interferes with China’s internal affairs.

In a statement posted to the embassy’s website, China urged Britain to “immediately correct its mistakes” or else Beijing would respond strongly.

An embassy spokesman added: “The UK has now, in total disregard of the strong opposition and repeated representations of the Chinese side, offered a route for BNO passport holders to the right of abode and application for citizenship in the UK.” 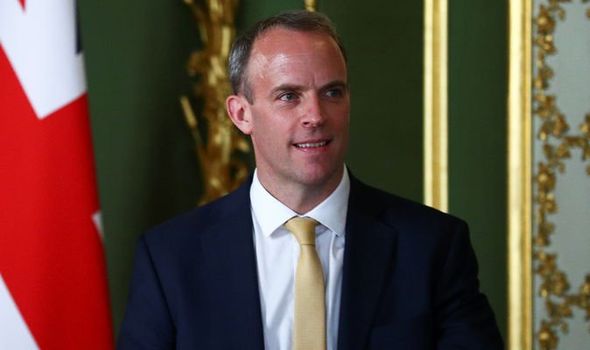 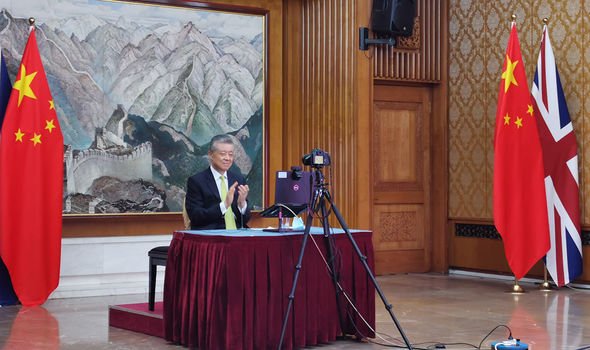 The embassy spokesman continued to claim Hong Kong as a “special administrative region” of China, and that China is “sovereign” over the territory.


He added: “Hong Kong affairs are purely China’s internal affairs and brook no external interference in any form.


“The Chinese side urges the UK side to recognise the fact that Hong Kong is part of China, have a right and objective understanding on the National Security Law for Hong Kong SAR, immediately correct its mistakes and stop interfering in Hong Kong affairs, which are China’s internal affairs, in any form.”


The spokesman concluded by saying Britain will “shoot itself in the foot” if it continues to punish China for the new law. 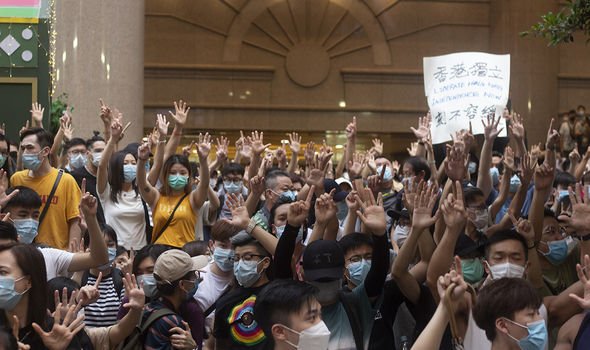 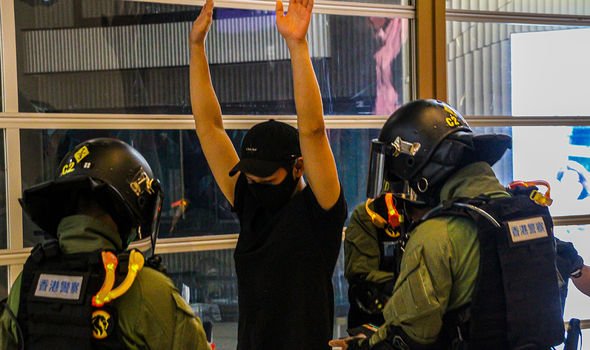 
BNO holders in Hong Kong will be able to bypass the new points-based immigration system, and can apply for five-year visas.


The same day, Mr Raab said the UK was “keeping its word” in assisting BNO passport holders with the offer.


He added: “We will not look the other way on Hong Kong, and we will not duck our historic responsibilities to its people.”

The warning comes after a series of actions undertaken by the UK Government in reaction to the new security law.


The suspension was issued alongside an arms embargo to the former British colony.


Despite the measures, Mr Raab has stressed that the UK “wants a positive relationship” with China. 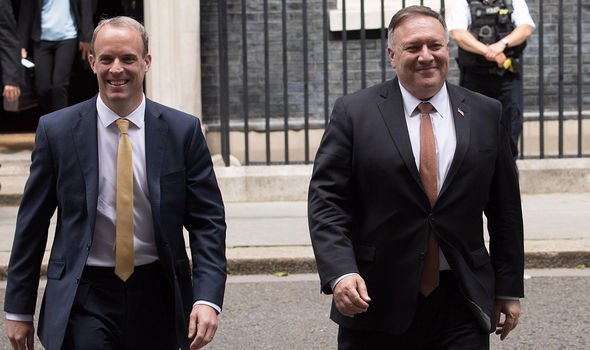 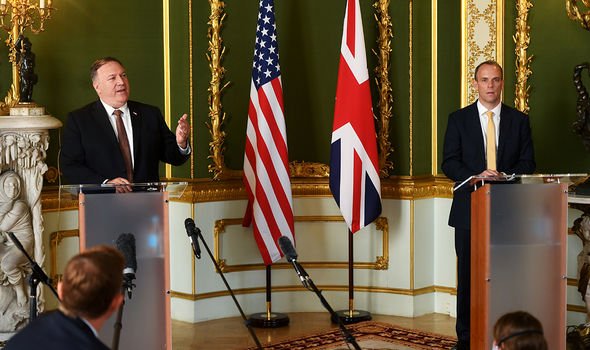 US Secretary of State Mike Pompeo flew to London on Tuesday to discuss further action the UK could take against China.


In a press conference with Mr Raab, Mr Pompeo congratulated the UK for the arms embargo and suspended extradition to Hong Kong


He added that the world needs to collaborate in order to ensure “that every country – including China – behaves in the international system in ways that are appropriate”.