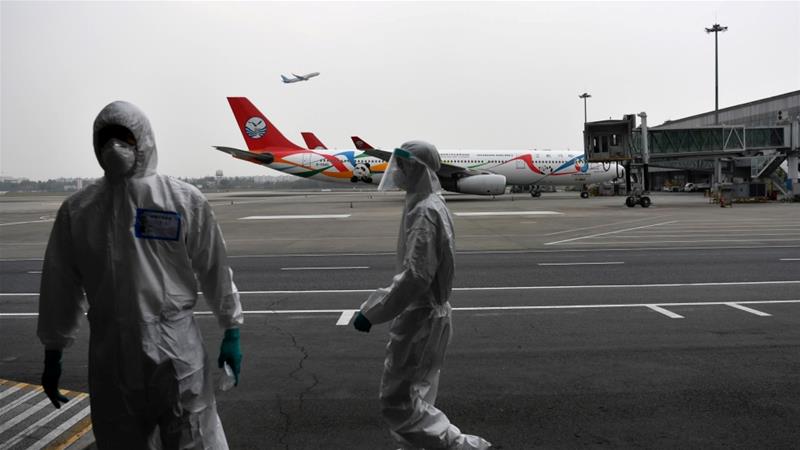 China will ban entry to all foreigners, including non-nationals with valid visas and residence permits, from midnight on Friday in a move to curb the numbers of imported coronavirus cases.

The other measures announced by the foreign ministry include reducing the number of international flights and limiting the capacity on board to 75 percent.

The ministry added that entry of foreign nationals with visas issued after the announcement will not be prevented.

“Entry with diplomatic, service, courtesy or C visas will not be affected,” a ministry statement said on Thursday. “Foreign nationals coming to China for necessary economic, trade, scientific or technological activities or out of emergency humanitarian needs may apply for visas at Chinese embassies or consulates.”

In recent weeks, China’s tally of cases has reduced dramatically, with only a handful of domestic patients each day.

However, there has been a surge of infected people arriving from new hotspots overseas. This pushed Beijing to take action to halt a second wave of infections in China, where the virus was reported to have first emerged.

The 55 new cases detected on Thursday were down from 67 a day earlier, the country’s National Health Commission said on Friday, taking the tally of infections to 81,340. More than 65,000 of those have recovered, according to data collected by Johns Hopkins University in the US.

China’s death toll stood at 3,292 as of Thursday, up by five from a day earlier.

After first appearing in China’s Wuhan last December, the novel coronavirus has spread to at least 175 countries and territories.

The World Health Organization has declared the coronavirus outbreak a global pandemic.

The number of confirmed cases worldwide has now surpassed 530,000 while the death toll is higher than 24,000, with some 126,000 patients having recovered.

The US, Italy, China, Iran and Spain are among the countries hardest hit.