Here are the latest updates:

01:03 GMT – 9-month-old among new fatalities of coronavirus in US

A 9-month-old who tested positive for COVID-19 was among eight more people whose deaths were related to the coronavirus in the US state of Kentucky, Governor Andy Beshear has announced.

The latest deaths raised the statewide death toll to 450 since the pandemic began. There are more than 107,000 fatalities across the US.

In announcing the infant’s death, Beshear said: “Far too often, people think that it’s something that only happens to medically compromised seniors. This is a reminder of how deadly this virus can be. How precious all of our lives are.” 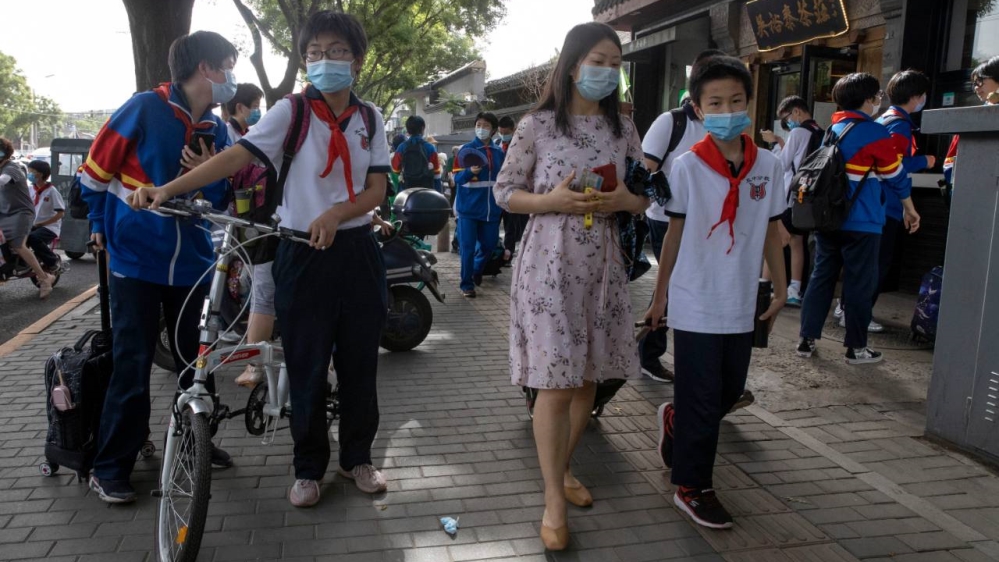 China reported on Thursday one new coronavirus case and four new asymptomatic COVID-19 cases as of the end of June 3, according to Reuters news agency quoting the health commission.

The National Health Commission said all five of the cases were imported, involving travellers from overseas. For June 2, China reported one confirmed case and 4 asymptomatic cases.

China does not count asymptomatic patients, those who are infected with the coronavirus but do not exhibit symptoms, as confirmed cases. The total number of infections in China stands at 83,022. The death toll remained unchanged at 4,634.

At least two US senators said that China hid data from the World Health Organization (WHO) that could have altered the course of the coronavirus outbreak, even as a Chinese official denied delays in sharing information and said the government acted openly and transparently.

They were referring to an Associated Press investigation published this week that found China stalled on providing critical coronavirus information to WHO, which expressed considerable frustration in private even as it praised the country in public. Politicians said the report raised key questions, and public health experts said it shed light on a story that has become highly politicised.

At a press briefing on Wednesday, Zhao Lijian, a spokesman for China’s Ministry of Foreign Affairs, called the AP report “seriously inconsistent with the facts”. He read off a timeline of events that did not contradict the AP’s findings and added that China had always maintained “close and good communication and cooperation with WHO.”

A malaria drug US President Donald Trump took to try to prevent COVID-19 proved ineffective in the first large, high-quality study to test it in people in close contact with someone with the disease, AP news agency reported.

Results published by the New England Journal of Medicine show that hydroxychloroquine was no better than placebo pills at preventing illness from the coronavirus. The drug did not seem to cause serious harm, though – about 40 percent on it had side effects, mostly mild stomach problems.

“We were disappointed. We would have liked for this to work,” said the study leader, Dr David Boulware, an infectious disease specialist at the University of Minnesota. “But our objective was to answer the question and to conduct a high-quality study,” because the evidence on the drug so far has been inconclusive, he said.

Read all the updates from yesterday (June 3) here.