SANTIAGO (Reuters) – Poor neighbourhoods in the Chilean capital Santiago have seen a resurgence in the use of community kitchens once prevalent in the darkest days of dictatorship, as coronavirus shutdowns put pressure on jobs and send thousands into poverty. 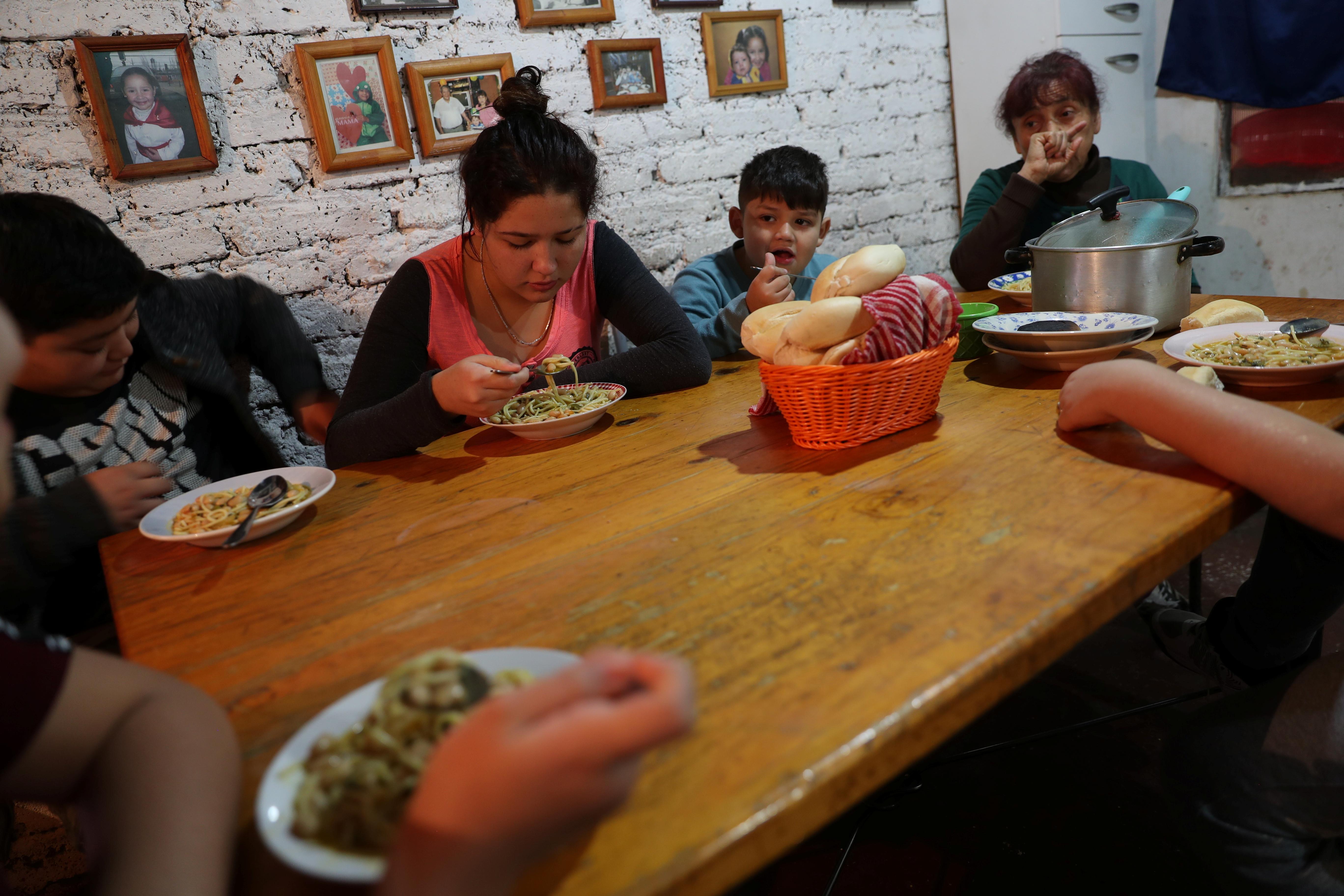 With winter approaching and temperatures chilling, canteen-style operations provide plates of hot food to those with dwindling incomes or nothing at all.

They are organized by neighbors, local leaders and councils, who donate money or food.

“My people are getting desperate, they have nothing to eat so we asked for help and as always, the people answered,” Sandra Cariz, the president of a community association, told Reuters in the Puente Alto suburb of Santiago on Friday.

The kitchens come alongside a growing number of drives circulating on social media for food, money and clothing donations.

Its economy has taken a hit unlike anything since the 1980s, government officials have said, when almost half of Chileans lived below the poverty line and the country was rocked by protests against Augusto Pinochet’s regime.

When the coronavirus hit in March, Chile was just recovering from intense social protests over inequality which included arson attacks and looting.

Protests restarted this week, with skirmishes between police and people denouncing the highest job losses in a decade. On the first night, the word “hunger” was projected onto one of Santiago’s tallest buildings.

The government has announced a rescue package equivalent to more than 5% of GDP but opposition politicians and protest leaders say it is insufficient.

“If in a couple of weeks you see hunger rearing its head, it shows how deep the inequality goes,” Clarisa Hardy, a socialist former government minister and author of a book on the community kitchens during the dictatorship, told Reuters.