OTTAWA (Reuters) – Canada’s finance minister resigned on Monday amid friction with Prime Minister Justin Trudeau over spending policies and after coming under fire for his ties to a charity tapped to run a student grant program. 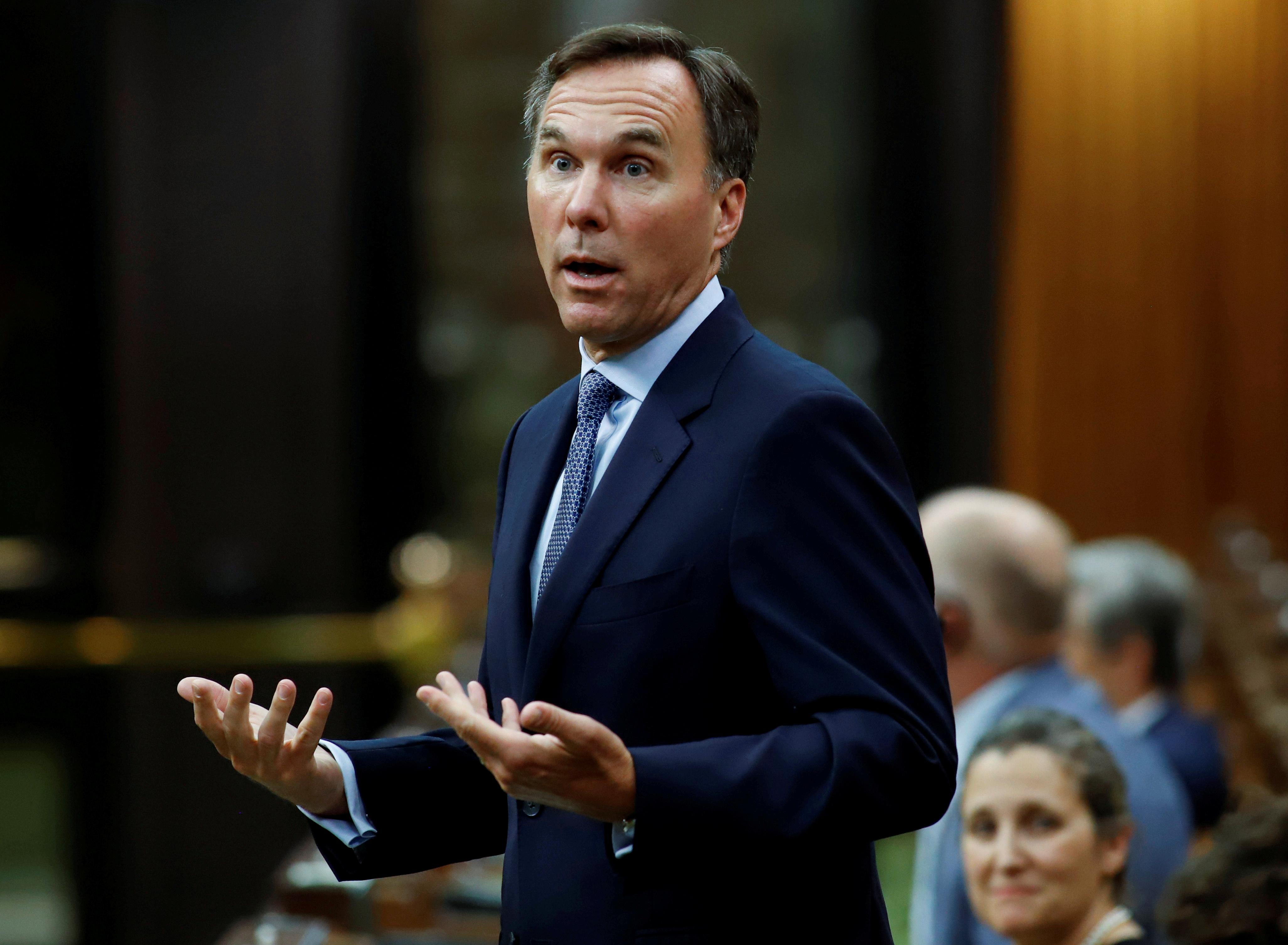 Bill Morneau said he would not run for parliament again and would instead seek to become the next secretary general of the Organisation for Economic Cooperation and Development (OECD).

Just last week, Trudeau had expressed confidence in his finance minister as rumors swirled of a rift between the two men. Morneau, 57, has been in the job since Trudeau’s Liberals took power in 2015.

“This morning I went to the prime minister and I tendered my resignation,” Morneau told reporters at a hastily arranged news conference on Monday evening.

“It’s appropriate that the prime minister find someone with a longer term approach for the role, since I’m not running for office,” he added.

Morneau’s Toronto seat, a mix of low-income flats and million dollar homes that the party has held since 1993, is unlikely to be at risk for the Liberals, who have a minority government.

Morneau and his team have pushed back against other cabinet ministers about how much pandemic funding was needed, including to what extent the post-lockdown recovery could be helped by investing in environmental projects, sources told Reuters on Sunday.

Trudeau, who campaigned on a platform to tackle climate change, believes the 2021 budget should have an ambitious environmental element to start weaning the heavily oil-dependent economy off fossil fuels and he recently hired former Bank of England Governor Mark Carney as an informal adviser, aides say.

BMO Chief Economist Doug Porter said a policy shift was unlikely under Morneau’s replacement given that “fiscal policy has been already pretty much running at full throttle”.

“There has been the widespread perception that, ultimately, the policy thrust was being driven by the PM’s office,” he wrote in a research note.

The Canadian dollar showed little reaction to the news.

“We had a little bit of a sell-the-rumour type weakness in the lead up to the resignation,” said Ray Attrill, head of forex strategy at National Australia Bank in Sydney. “There doesn’t seem to be any suggestion at this stage that this any broader implications for the Canadian government.”

Other possible replacements for the key post include Foreign Minister Francois-Philippe Champagne and President of Canada’s Treasury Board Jean-Yves Duclos.

In a statement, Trudeau thanked Morneau for his service over the past five years and said he would “vigorously support” Morneau’s bid to head the OECD.

Adding to Morneau’s challenges, several cabinet members were upset when he disclosed he had forgotten to repay travel expenses covered for him by a charity at the heart of an ethics probe. Morneau and Trudeau are both facing ethics inquiries related to the charity.

Morneau’s resignation “is further proof of a government in chaos,” Conservative Party leader Andrew Scheer said on Twitter, adding the “government is so consumed by scandal that Trudeau has amputated his right hand to try and save himself.”

The clash reflected concerns among business leaders that Ottawa had little apparent interest in the economy, sources told Reuters.

Business and analysts have also fretted about Ottawa becoming distracted by the discord as it tackles the coronavirus crisis.

“I doubt you’ll be seeing other finance ministers around the world step down at this time of elevated economic and fiscal uncertainty,” said David Rosenberg, chief economist at Rosenberg Research & Associates.

“It’s like a boxer being forced to take his gloves off in the fifth round.”