US defence officials said they were growing increasingly concerned by reports the Cambodian Navy tactical headquarters facility at Ream had been knocked down and have demanded an explanation from Phnom Penh. The 100ft-long building was paid for by Washington and housed several small patrol boats.

Cambodia razed the US-built facility at Ream Naval Base, for the building requires renovations

Defence ministry spokesman Chhum Socheat said the facility was being moved to a new location at Koh Preap near the port of Sihanoukville to make way for an expansion of the naval base at Ream because “a lot of ships will need to dock”.

A senior Cambodian naval official said China was helping with the project, which includes expanding the port and development of a ship repair facility. 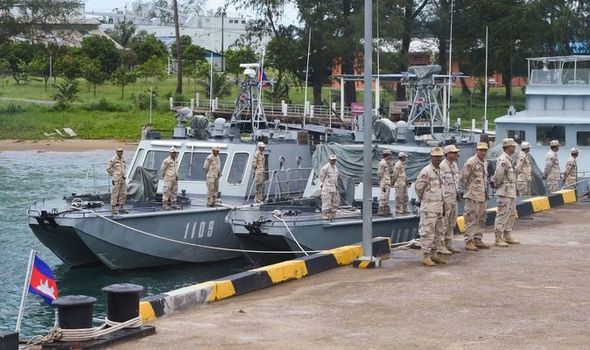 Vann Bunlieng, a three-star vice-admiral, deputy commander and chief of the navy general staff, said the plans include dredging work to deepen the waters surrounding the base, which can currently only accommodate smaller vessels.

He said: “The Chinese government helps us to build a port and repair facility for our ships.”

Chhum Socheat later rejected the claims as “fake news” and insisted Beijing was not involved.

Washington and its allies have been vying to convince Cambodia as their “preferred security partner” but Pentagon officials now fear Phnom Penh has turned toward Beijing. 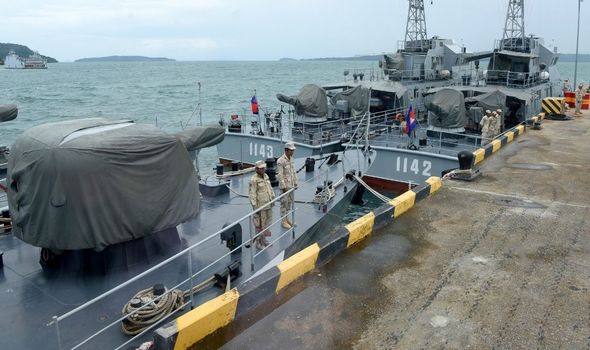 Last year the Pentagon asked Cambodia to explain why it had turned down an offer to repair the base, saying the decision had raised speculation of possible plans for hosting China’s military.

And US officials do not appear to have been entirely convinced by the Cambodian denials.

Phnom Penh has repeatedly rejected reports it had reached a secret deal allowing China to deploy its forces at the base and insists hosting foreign forces would be against its constitution.

But Cambodia is one of China’s closest allies in Southeast Asia and has received billions of dollars of Chinese aid as well as political backing for Hun Sen in the face of Western criticism.

Cambodia has been wary of superpower rivalry since being devastated by fighting between US and Chinese proxy forces in the 1970s that culminated in the Khmer Rouge genocide.

But the claims of Chinese involvement in the Ream facility have set alarm bells ringing to its neighbours and claimants of the South China Sea.

The Wall Street Journal has reported the two countries have already signed a secret agreement that would allow the Chinese armed forces access to the Cambodian base for the next 30 years with automatic 10-year renewals after that.

It said the deal gives China exclusive rights to part of the naval base on the Gulf of Thailand, which is close to an airport constructed by a Chinese company.

China would be able to deploy military personnel, store weapons and berth warships in the expanded facility. 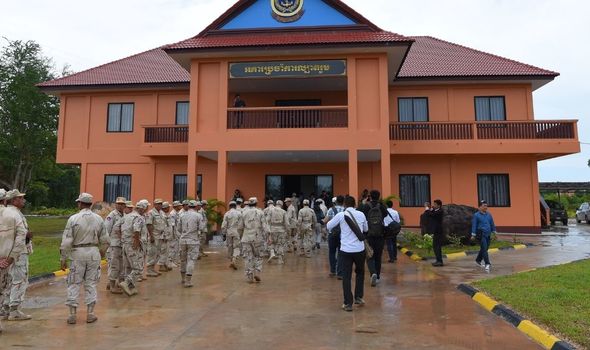 Research published by the Washington-based Centre for Strategic and International Studies think-tank (CSIS) included satellite imagery of the demolished a US-built facility.

The CSIS study said: “The building was one of several US-funded facilities on the base which were reportedly to be relocated after Cambodia struck a secret deal to grant China access to Ream.”

China has already managed to create several maritime bases in Asia including Pakistan, Sri Lanka, the Maldives, Pakistan and Bangladesh which has already strengthened its influence in the region.

Security analysts warn another military base in Cambodia would be bad news for not nations with South China Sea claims but also the US  which has stepped up its presence in the region in recent months.