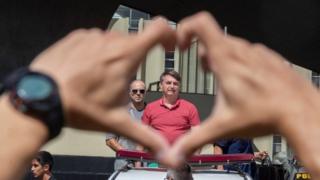 Brazil’s President Jair Bolsonaro has come under criticism for joining protesters demanding that restrictions on movement introduced to stop the spread of coronavirus be lifted.

Mr Bolsonaro has clashed in recent weeks with state governors who have imposed lockdowns, denouncing the measures as “dictatorial”.

As of Sunday, Brazil had more than 38,000 confirmed cases, the highest number in Latin America. 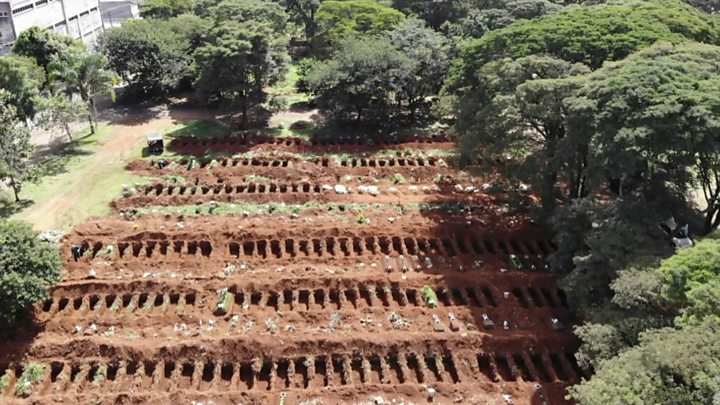 President Bolsonaro addressed a crowd of a few hundred supporters outside army headquarters in the capital, Brasilia.

He said the protesters were “patriots” for defending individual freedoms.

As well as demanding an end to the lockdown, some of those attending the rally also held up signs calling for Brazil’s Congress and the Supreme Court to be closed down.

Others said they wanted the military to take over the handling of the coronavirus crisis.

Brazil was under military rule for more than two decades from 1964 until 1985 and calls for the armed forces to be given more power are highly controversial.

While the president did not make any reference to those demands, his appearance at the rally – at which people were calling for the closure of the country’s democratic institutions – has been labelled “provocative” by his critics.

Journalists also noted that he neither wore a face mask, even though he coughed on occasion, nor gloves – precautions which many other politicians in the region are taking.

He has in the past dismissed coronavirus as “little more than a flu”.

The speaker of Brazil’s Chamber of Deputies, Rodrigo Maia, tweeted that “the whole world is united against coronavirus, but in Brazil we have to fight the coronavirus and the virus of authoritarianism”.

“In the name of the Chamber of Deputies, I reject any and all acts which defend the dictatorship,” he added.

Relations between the president on the one hand and Congress and the Supreme Court on the other have been tense, with Mr Bolsonaro claiming they are trying to curtail his powers and even oust him.

President Bolsonaro argues that the lockdown measures are damaging the economy and has argued that they should be eased and Brazil’s borders reopened.