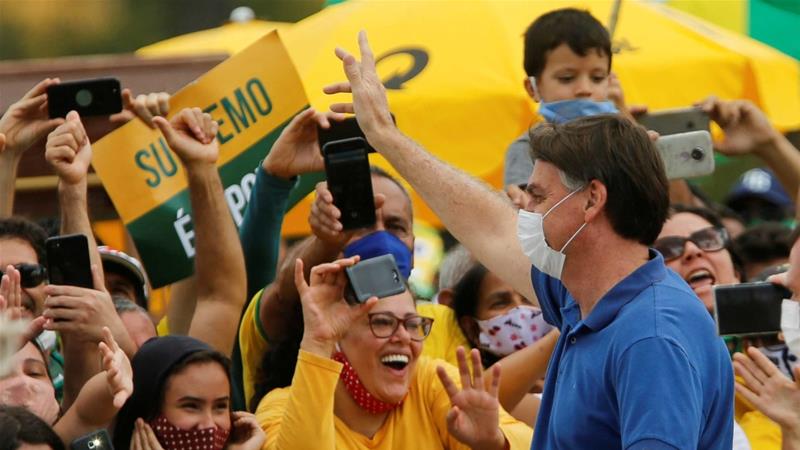 Brazil has rehired 157 Cuban doctors to help fight a surge in coronavirus cases, a year and a half after Havana ended a medical assistance programme over a dispute with Brazilian President Jair Bolsonaro.

The doctors, who had opted to stay in Brazil after the Cuban government pulled the plug on the programme, received new medical licenses on Monday from the Brazilian health ministry, which sought to round up reinforcements for the overstretched healthcare system.

Brazil wants to ensure medical care even in remote areas, where Cuban doctors were deployed when Havana’s programme was in force in the country. More Cuban doctors are expected to follow the first batch and acquire medical licenses in Brazil.

Mais Medicos (More Doctors) is the programme under which Cuba sent more than 8,000 doctors to work in under-served public clinics and hospitals in Brazil.

Launched in 2013 under Brazil’s then-left-wing government, the programme became a top target for far-right leader Bolsonaro, who compared it with “slavery” and called Cuba a “dictatorship” during his 2018 presidential campaign.

Many opted to stay

However, hundreds chose to stay, in some cases because they had married and started families in Brazil.

They lost their licenses to practice medicine, and have in many cases been stuck working odd jobs to survive.

Brazil has the third-highest number of coronavirus infections in the world after the United States and Russia.

It has registered more than 255,000 cases and 18,000 deaths from COVID-19, though experts say under-testing means the real figures could be much more.

The Brazilian state of Sao Paulo has already surpassed China in the number of deaths.

Bolsonaro has compared the novel coronavirus with a “little flu” and condemned the “hysteria” surrounding it.

However, with many hospitals near breaking point, his government decided in March to bring in extra medical personnel as reinforcements, now extended to include the Cuban doctors.