Kapoor, who starred in popular films including Bobby and Mera Naam Joker, dies after a two-year battle with leukaemia. 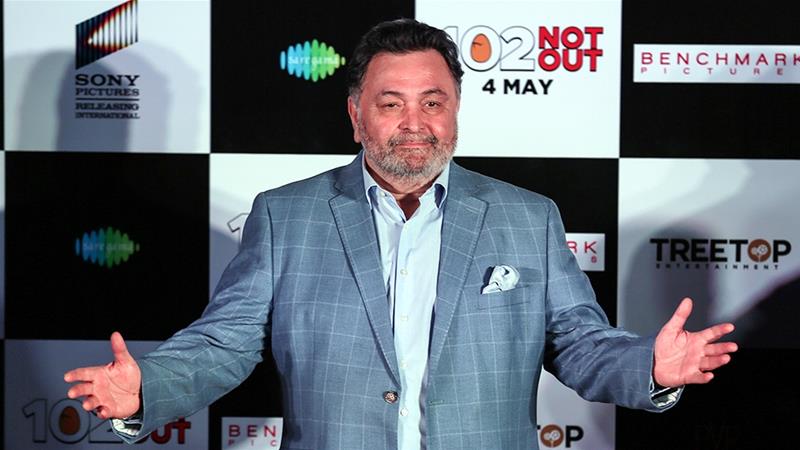 Veteran Bollywood actor Rishi Kapoor has died in a hospital in Mumbai after a two-year battle with cancer. He was 67 years old.

“Our dear Rishi Kapoor passed away peacefully at 8:45 am IST in hospital today after a two-year battle with leukaemia. The doctors and medical staff at the hospital said he kept them entertained to the last,” Kapoor’s family said in a statement on Thursday.

“He remained jovial and determined to live to the fullest right through two years of treatment across two continents,” said the statement.

Kapoor belonged to Bollywood’s most famous film dynasty with several generations of actors. His father, Raj Kapoor, was one of India’s most revered filmmakers.

It is Bollywood’s second loss in as many days. Actor Irrfan Khan died on Wednesday, also of cancer.

Kapoor is survived by his wife Neetu Kapoor – with whom he had acted in nearly a dozen films before their marriage – and son Ranbir and daughter Riddhima.

Kapoor had returned to Mumbai in September last year after spending almost a year in New York undergoing cancer treatment.

“In this hour of personal loss, we also recognise the world is going through a very difficult and troubled time,” his family said, requesting people to follow the coronavirus lockdown regulations.

“He would like to be remembered with a smile and not with tears.”

Kapoor starred in more than 100 films after his father first launched him in Mera Naam Joker in 1970 when he was a teenager.

The actor went on to feature in some of the most successful Bollywood films, including Bobby, Chandni and Prem Rog.

Paying his tributes to Kapoor on Twitter, Prime Minister Narendra Modi said he was “anguished by his demise” and called him a “powerhouse of talent”.