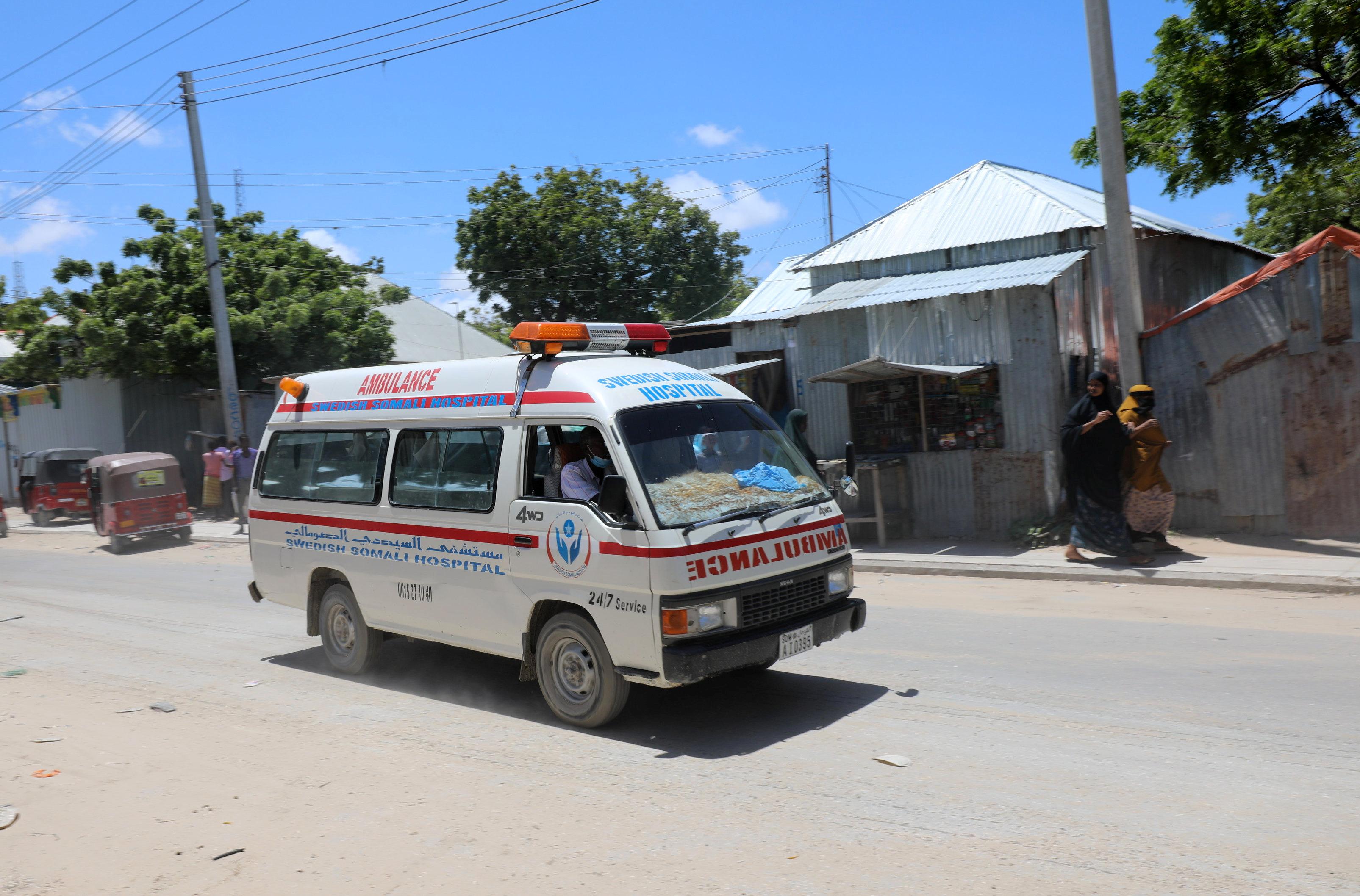 MOGADISHU (Reuters) – A huge blast rocked a military base in Somalia’s capital Mogadishu near a stadium on Saturday, killing at least eight people and injuring 14, emergency workers said, and the militant group al Shabaab claimed responsiblity.

Soldiers opened fire after the explosion which sent clouds of smoke into the sky, said Halima Abdisalan, a mother of three who lives near the area.

“We ran indoors in fear,” she told Reuters. “Soon I could see a military pickup speeding and carrying many soldiers covered with blood. I do not know if they were all dead or injured.”

Army officer Major Abdullahi Mohamud said it was an attack. “It must be a suicide car bomb, I am now transporting casualties,” he said.

Claiming responsibility for the incident, the military operations spokesman of the al Shabaab group, Abdiasis Abu Musab, said: “We conducted a successful martyrdom operation on a major apostate military base in Mogadishu.”

“The enemy suffered many casualties and wounded, military vehicles destroyed.”

Somalia has been embroiled in deadly violence since 1991, when clan warlords overthrew leader Siad Barre and then turned on each other.

Since 2008, al Shabaab has been fighting to overthrow the internationally-recognised central government and establish its rule based on its own interpretation of Islamic Sharia law.