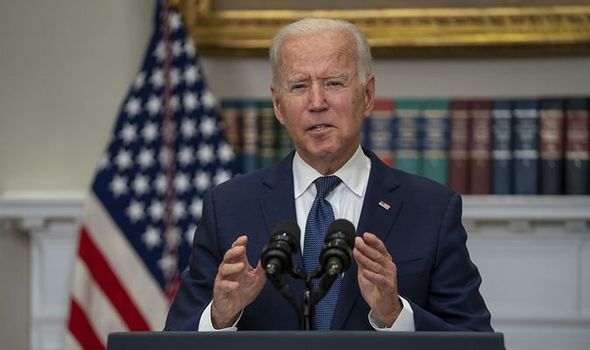 The US President, 78, said “I am convinced I am absolutely correct” as he defended his decision to end the war in Afghanistan and not risk more American soldiers. In a national broadcast, Mr Biden insisted the move was “right” and praised the airlift as “incredible”.

He admitted the operation would have been “hard and painful whenever we [may have] started”, saying: “There is no way of doing it without the heartbreaking images.”

But he added: “The bottom line is that at the end of the day, if we did not leave Afghanistan today, when would we leave?”

He also said that he would consider sanctions, which are expected to be raised at Tuesday’s G7 meeting, against the Taliban “depending on [their] conduct”.

But Donald Trump, 75, has blasted Mr Biden’s “gross negligence” at a rally, saying his “staggering incompetence” created the “greatest humiliation that we’ve ever seen as a country.”

He added: “With me in office, the Taliban would not have ever dreamt of capturing our airfield or parading with American weapons.”