The Biblical plague of ants, around 50 miles wide, was picked up by the Met Office’s weather radar over Kent and Sussex. A smaller swarm was seen over London.

Tweeting a video of the swarm, the Met Office said: “It’s not raining in London, Kent or Sussex but our radar says otherwise…

“The radar is actually kicking up a swarm of #flyingants across the southeast.

“During the summer ants can take to the skies in a mass emergence usually on warm, humid and windless days #flyingantday.”

A spokesman for the weather service suggested there were likely to be “thousands” of ants within the swarm. 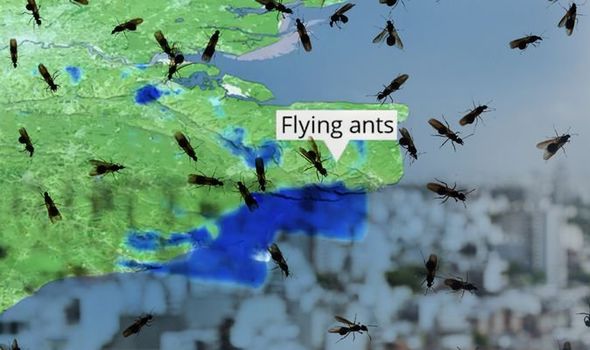 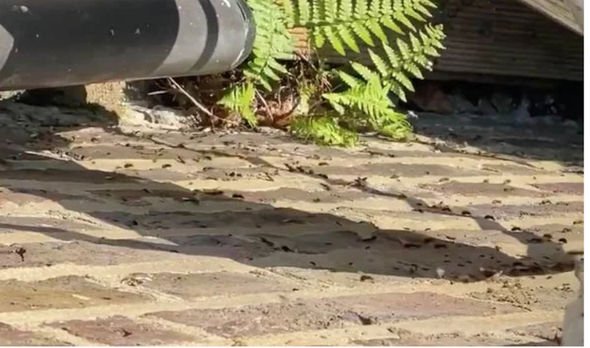 He said: “It’s not unusual for larger swarms to be picked up.

“A similar thing happened almost exactly a year ago on flying ant day.

“On days like today, when it is sunny, the radar detects the swarm but we are able to see they are not the same shape as water droplets, and in fact look more insect-like.”

The annual emergence of the flying ants occurs when male and new queens leave the nest to mate. 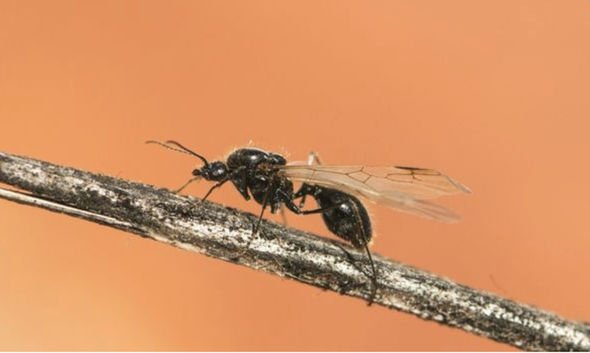 However, a male ant dies as soon as it has successfully mated, after which the female ant will then chew off her own wings before nesting.

While flying ants can be irritating when they descend in their masses, the creatures do not pose much danger to people in the UK.

The ants are actually good for the environment, helping to aerate soil and provide food resources for birds such as seagulls.

But for those hoping for a nice picnic or barbecue this week, the good news is flying ants will start to disappear within the next few days. 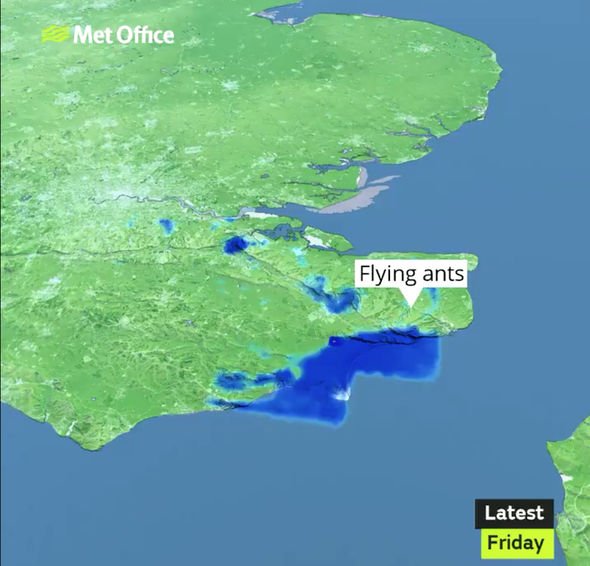 According to the Royal Society of Biology, there is no one set flying ant day but instead around 96 percent of days between June and September will see the bugs.

Many saw the humour of a Biblical swarm of bugs being spotted in England.

One tweeted: “Met Office is reporting that a swarm of flying ants is being picked up on radar over London, Kent and Sussex. So 2020.”

Another giant swarm of flying ants were spotted on satellite weather radars on Sunday, which is officially deemed Flying Ant Day. 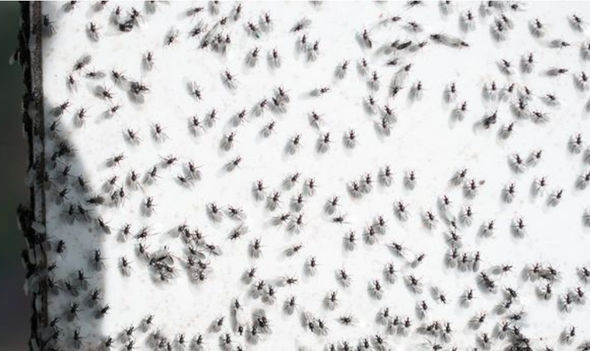 This is due to the sheer number of sightings and much like today, parts of southern and eastern England were inundated with the bugs.

Every year flyings ant swarms are caused by the weather reaching optimum temperatures, which prompts flying ants to leave their nests in search of a mate from another ant colony.

Good Morning Britain meteorologist Laura Tobin explained how millions of flying ants were picked up on the weather radar.

Ms Tobin explained how weather radars send signals out, and when it hits a raindrop it indicates there is rainfall in the affected area.

However, on Sunday, the radar signals hit a flurry of flying ants in different regions across the UK, mistaking the ants for rainfall.