On Sunday, far-right ultra-nationalist Israeli politician Naftali Bennett and centrist opposition leader Yair Lapid agreed to forge a coalition government that would oust Benjamin Netanyahu. Mr Netanyahu responded by warning that any unity government aimed at replacing him would be a danger to Israel’s security.

Why do they want him out?

Mr Netanyahu has been in power for 12 straight years and is Israels’s longest-serving prime minister – his supporters call him a “magician” for his knack of winning elecitons.

However, this has been slipping – Netanyahu’s Likud party fell short of a decisive majority at a general election in March – the country’s fourth inconclusive vote in two years – and again he failed to secure coalition allies.

He is also facing serious corruption charges which could see him serve jail time. 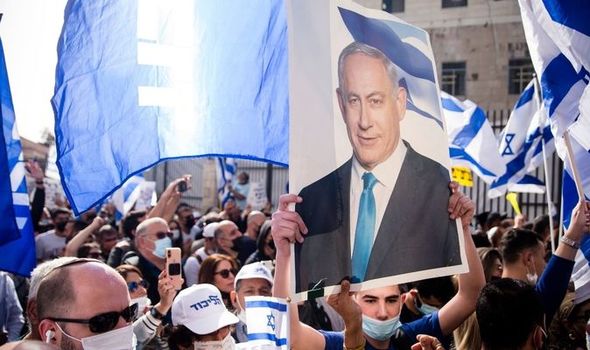 He has been indicted on charges of bribery, fraud and breach of trust, which he denies.

Under the plans of the coalition, Mr Bennett would reportedly initially take over as prime minister before rotating to Mr Lapid on a two-year basis.

Mr Bennett said: “It’s my intention to do my utmost in order to form a national unity government along with my friend Yair Lapid, so that, God willing, together we can save the country from a tailspin and return Israel to its course.”

He added: “Mr Netanyahu is no longer trying to form a right-wing government because he knows full well that there isn’t one. 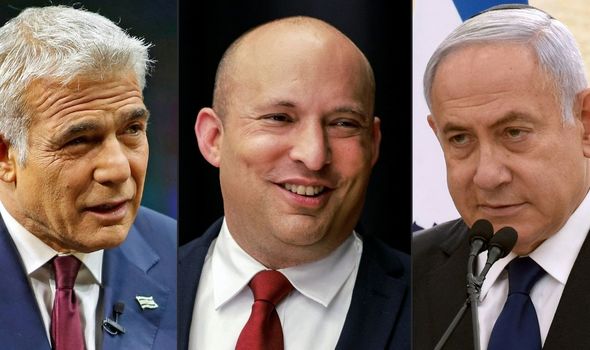 “He is seeking to take the whole national camp, and the whole country, with him on his personal last stand.”

Mr Bennett, a former ally and senior aide of Mr Netanyahu, wants to annex most of the occupied West Bank and is an opponent of the two-state solution to the conflict between Israel and Palestine.

Mr Netanyahu responded by accusing Mr Bennett of committing “the scam of the century”.

He called the proposed coalition government “a danger to Israel’s security and future”. 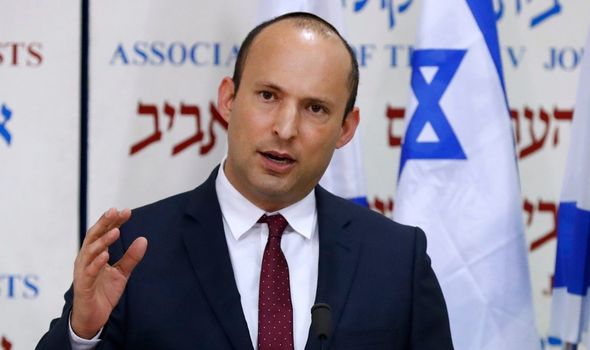 Mr Lapid, who could take over after Mr Bennett’s two years at the helm, and his Yesh Atid party are more moderate than the ultra-nationalist Bennett and his Yamina party.

Mr Lapid is a former TV news anchor popular with the country’s secular middle class, who has been deep in negotiations to form a government.

If he can get an assortment of other parties to agree in the next three days – which is still not guaranteed – he could inform the country’s president, Reuven Rivlin, that he believes he can form a government, which would then go to parliament, the Knesset, for a vote.

The swearing-in of the new government, and with it Netanyahu’s relinquishing of high office, could happen within a week. 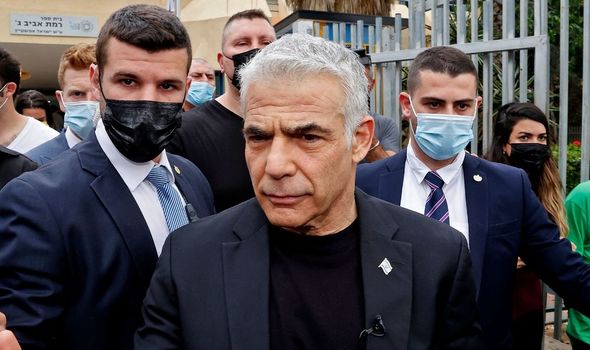 Mr Lapid said last week: “We need a government that will reflect the fact that we don’t hate one another.

“A government in which left, right and centre will work together to tackle the economic and security challenges we face.”

He plans to bring together the establishment Labor and anti-occupation Meretz parties with their traditional enemies.

If Mr Lapid fails to announce a government by Wednesday, a fifth Israeli election later this year is a possible outcome.