The leader of Belarus has denied last Sunday’s presidential election was rigged and claimed NATO tanks and planes were massing 15 minutes from his country’s border.

During a speech in the capital, Minsk, Alexander Lukashenko said Lithuania, Latvia, Poland and Ukraine had told him to hold a new poll but he would not be doing so.

NATO said there had been no military build-up in eastern Europe and its forces were strictly defensive. The international alliance added that it was monitoring the situation in Belarus closely, and that fundamental freedoms must be respected.

In the next few days, the Belarusian army is planning to hold drills near the nation’s nuclear plant and in the Grodno area, bordering Poland and Lithuania, the RIA news agency reported.

There has been a week of street protests since the election, in which Mr Lukashenko, who has been dubbed Europe’s last dictator, won more than 80% of the vote, according to officials.

But opponents claim the ballot was rigged to disguise his loss of public support.

Addressing apparent supporters waving flags in Independence Square on Sunday, the 65-year-old claimed Belarus would “die as a state” if new elections were held.

But he also offered reforms beginning “tomorrow” if that was what people wanted.

“I have never betrayed you and will never do so,” he said. 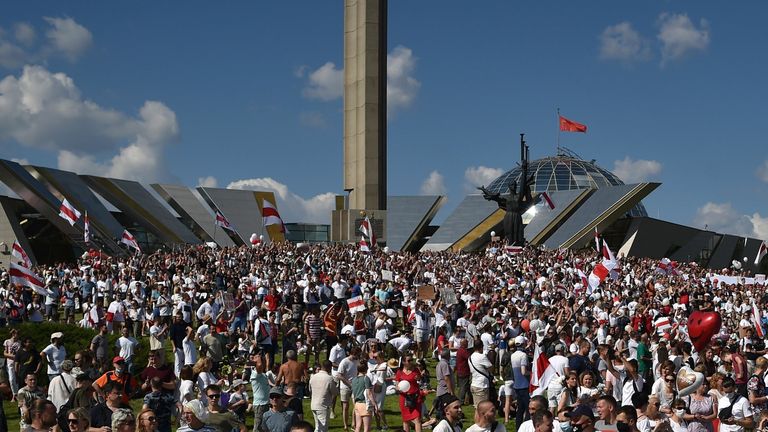 Some of those attending held national flags and chanted “For Belarus!” or “For Batka!”, Lukashenko’s nickname, as patriotic music pounded from speakers.

Alla Georgievna, 68, said: “We get our pensions and salaries on time thanks to him.”

Media outlets critical of Mr Lukashenko have claimed people were coerced into attending and had been bussed in from other parts of the country.

An opposition rally called the “March for Freedom” was also held in central Minsk, attracting tens of thousands of people.

Earlier, Mr Lukashenko spoke to Russian President Vladimir Putin. The Kremlin said Mr Putin had assured the Belarusian leader that Moscow was ready to provide help in accordance with a military pact.

A statement from Moscow also spoke of external pressure being applied to Belarus, but did not say where from. Belarus hosts pipelines which carry Russian energy exports to the West.

Mr Lukashenko has been in power since 1994, when the office of president was established, and has described coronavirus as “psychosis”.

At least two demonstrators have died in the protests and thousands have been detained. Police have fired tear gas, rubber bullets and stun grenades.

The partner of a man who died in Minsk on Monday, 34-year-old Alexander Taraikovsky, says a video disproves the official account of his killing.

The government said he died after an explosive device he had intended to throw at officers blew up in his hand.

But Elena German said there was “nothing in his hand”, adding: “Here is a shot, they shoot, he grabs his chest. Blood. He falls.” 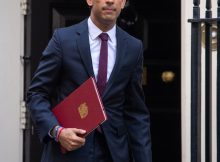 Mum made sex films with two daughters and sold them over internet
Recent Posts
Copyright © 2020 miamiheatnation.com.
This website uses cookies to improve your user experience and to provide you with advertisements that are relevant to your interests. By continuing to browse the site you are agreeing to our use of cookies.Ok