BBC Weather forecaster Tomasz Schafernaker warned that the warm temperatures experienced in eastern Europe won’t last. He noted that the wet weather from the east of Europe will move further west as we go through the week. This wet weather will bring heavy rain and storms for some and a slight decline in temperature.

Mr Schafernaker said: “We had a dose of heat in Europe in the last day or so but that heat is now contracting to the east of the continent.

“It is starting to cool off across western Europe as well.

“There will be some storms, some pretty nasty ones through parts of Italy, the Alpine region into Germany as well, as that area of heat moves towards more eastern parts of Europe.”

The BBC weather forecaster went into details of the warm weather still expected in the east of Europe. 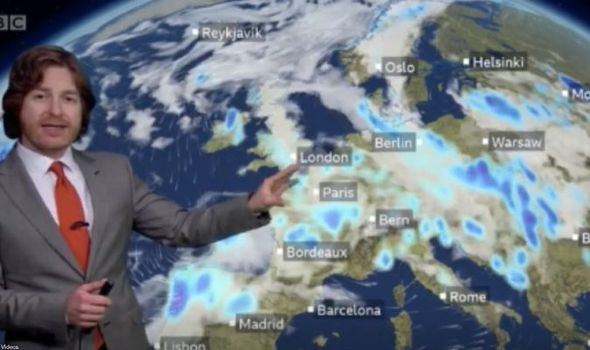 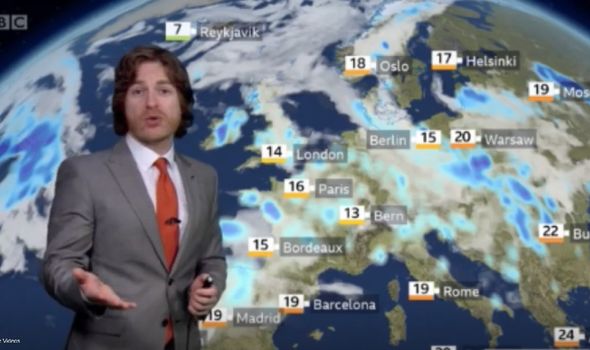 Bucharest will see the hottest temperature of 26 degrees in the region ahead of the rain set to strike.

Mr Schafernaker continued: “These are the temperatures we will have across Turkey, Greece and the Greek islands on Wednesday.

“It will mostly be in the mid-20s but that plume of heat travels northwards into Poland.

“Warsaw will reach 26 degrees Celsius which is really well above the average for the time of the year. 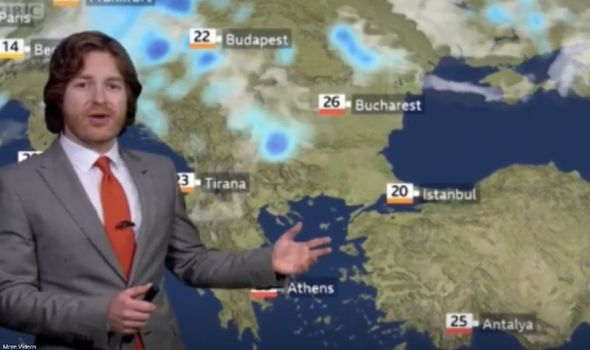 “The heat here is really only brief and it will be 19 in Stockholm and Helsinki.”

The weather forecasted noted that the weather will become more unsettled towards the end of the week.

Heavy rains and winds are expected to pick up with a slight decline in temperature for most parts of Europe. 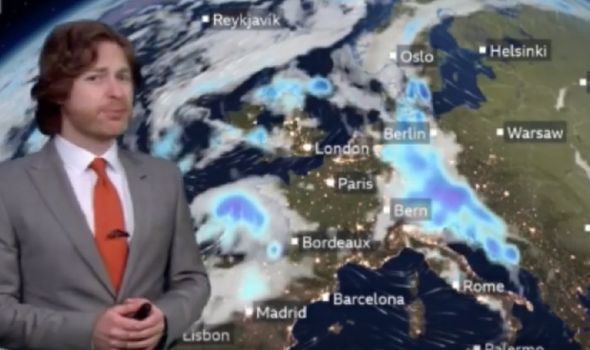 He said: “West of here you have the dividing line between the warmer air and that fresher western air coming off the Atlantic.

“You can see a lot more unsettled weather right across Europe. with those storms moving further towards the east as well.

“By then Warsaw temperature will fall to around 20 degrees from 26.

“In Berlin temperature will only be about 15 degrees.”