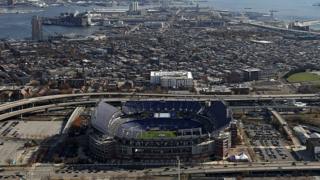 The Baltimore Police Department (BPD) will use planes to conduct surveillance on the city’s 600,000 residents from the air.

The surveillance programme is due to begin on Friday, 1 May following a legal challenge.

Activists had sought to stop the project, arguing it violates the US Constitutional right of protection against unreasonable searches.

Last week, a US court in Maryland sided with the Baltimore Police, however.

The US Supreme Court has historically upheld “far more intrusive” surveillance, it said.

The programme therefore did not meet the bar for violating the Fourth Amendment against unwarranted search and seizure.

The BPD said it will fly up to three manned aircraft at any one time to monitor the streets below in order to prevent crime.

It said the plane surveillance would run for between three and six months as part of a pilot programme measured by researchers at the University of Baltimore, New York University and the Rand Corporation think tank.

The surveillance measures will “focus on murders, non-fatal shootings, armed robberies and car-jackings” and people will appear as single grey pixels or dots on a screen, meaning that identifiable features such as ethnicity will not be captured.

It is hoped that these single dots can be tracked from a crime scene, allowing police to solve more crimes.

The city has the second highest number of murders per capita in the US, according to 2018 FBI figures. And in 2019, there were 348 homicides in Baltimore in 2019, the fifth year in a row with more than 300. Less than a third were solved.

“I take very seriously the utilisation of every tool available to address the unacceptable levels of violence in our communities,” said BPD Commissioner Michael Harrison in a statement.

“I remain cautiously optimistic about the potential of this programme and will allow the data to show us the efficacy of this technology as a potential tool for the department in solving and reducing violent crime.”

The BPD had previously attempted to carry out a secret surveillance programme in 2016, but the project was aborted after it was uncovered by Bloomberg Businessweek and provoked national outrage.