Thousands are expected at rallies that aim to highlight Australia’s own poor record on Indigenous deaths in custody. 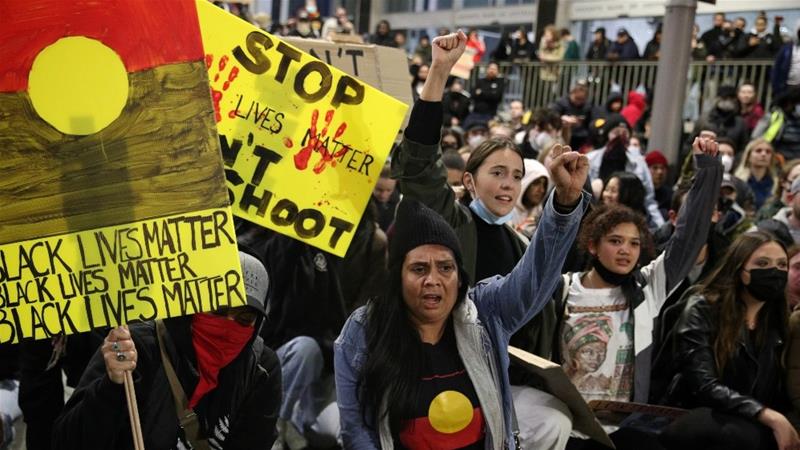 Australian Prime Minister Scott Morrison urged people not to attend Black Lives Matter protests that are expected to take place in major cities around the country this weekend as the New South Wales government took court action to try and stop the rally there from going ahead, citing the risk of coronavirus.

Organisers expect thousands of people to attend rallies in Sydney, Melbourne and other cities that aim to focus attention on Australia’s poor record on police treatment of Indigenous people, including 432 deaths in custody since 1991 when a landmark inquiry into Aboriginal deaths in custody reported its findings. None of its recommendations have been implemented.

The protests have split opinion, with some state police and lawmakers approving the action despite the health risks. Morrison said people should find other ways to express their anger.

“The health advice is very clear, it’s not a good idea to go,” Morrison told reporters in Canberra. “Let’s find a better way and another way to express these sentiments … let’s exercise our liberties responsibly.”

In New South Wales, the state with the largest population in Australia, the state government on Friday went to the Supreme Court to try and stop the rally in Sydney from going ahead.

State Premier Gladys Berejiklian said the authorities were concerned about the potential size of the rally, which had been given the go-ahead initially on the expectation no more than 500 people would take part.

Thousands of Australians have already joined rallies this week that began after George Floyd’s death in the United States. There was a large turnout on Friday in Canberra, the country’s capital.

“We’ve had more than 20 years of Reconciliation,” Geraldine Atkinson and Marcus Stewart, co-chairs of the First Peoples’ Assembly of Victoria, wrote in a column for broadcaster SBS.

“Our leaders speak out, our academics map pathways to change. Every time we lose one of our own, our people march in the streets. Our writers, filmmakers, painters and musicians tell our stories. Somehow we’re still unseen. Our history of police killings is still unknown. The page of injustice is turned, and the statistics revealed to a blind eye because it apparently doesn’t happen here.”

Australia has been easing coronavirus restrictions after cases fell to daily single-digit and low double-digit numbers in recent weeks. The country has 490 active cases, with just 25 people in hospital.