Sky News Australia host Rita Panahi has savaged a wave of statue-toppling that has rocked Canada amid angry protests over the country’s historic treatment of indigenous people. Statues of Queen Victoria and Queen Elizabeth II were torn down by demonstrators on Canada Day following the discovery of mass graves of former Indigenous boarding school children. Ms Panahi blamed the attacks on monuments on “anti-west sentiment” during a furious on-air rant.

Rita Panahi told Sky News Australia: “It is terrible they are burning down churches, they are destroying statues, monuments.

“This is just anti-west sentiment.

“These a Marxists, feral Marxists who feel entitled to damage public property.

“If they don’t like western imperialism but of course they are free to migrate elsewhere and live somewhere else.” 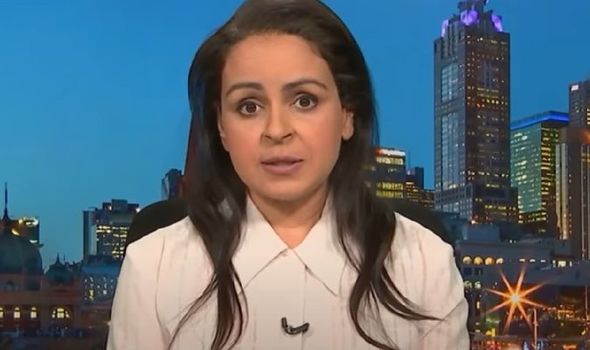 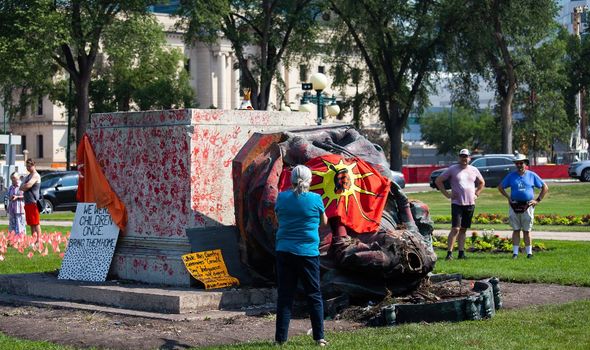 “But they never would because what other country would put up with that sort of nonsense,” added the Sky News host.

“And where are the police?

“You see this footage of churches being destroyed and defaced and statues being toppled.

“And what I don’t see is any police officers making arrests.”

It comes as unmarked graves containing the remains of hundreds of former children at residential schools are discovered across Canada.

The remains of 215 Indigenous children were found in unmarked graves in Kamloops, British Columbia in May while last week, the remains of 751 people, most of them children, were reportedly discovered at the site of a former school in Saskatchewan.

Survivors of Canada’s residential school system have recalled horrible conditions some of the First Nation children had to endure. 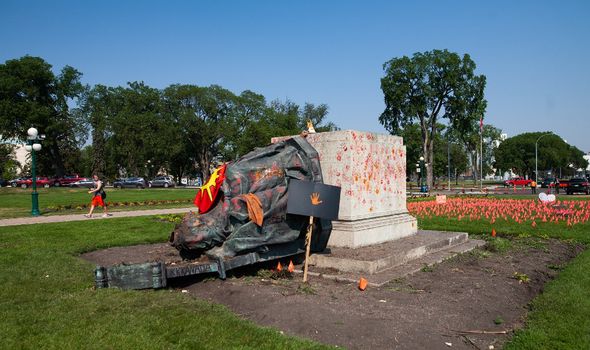 He said: “The horrific findings of the remains of hundreds of children at the sites of former residential schools in British Columbia and Saskatchewan have rightly pressed us to reflect on our country’s historic failures, and the injustices that still exist for Indigenous peoples and many others in Canada.

“We as Canadians must be honest with ourselves about our past.”