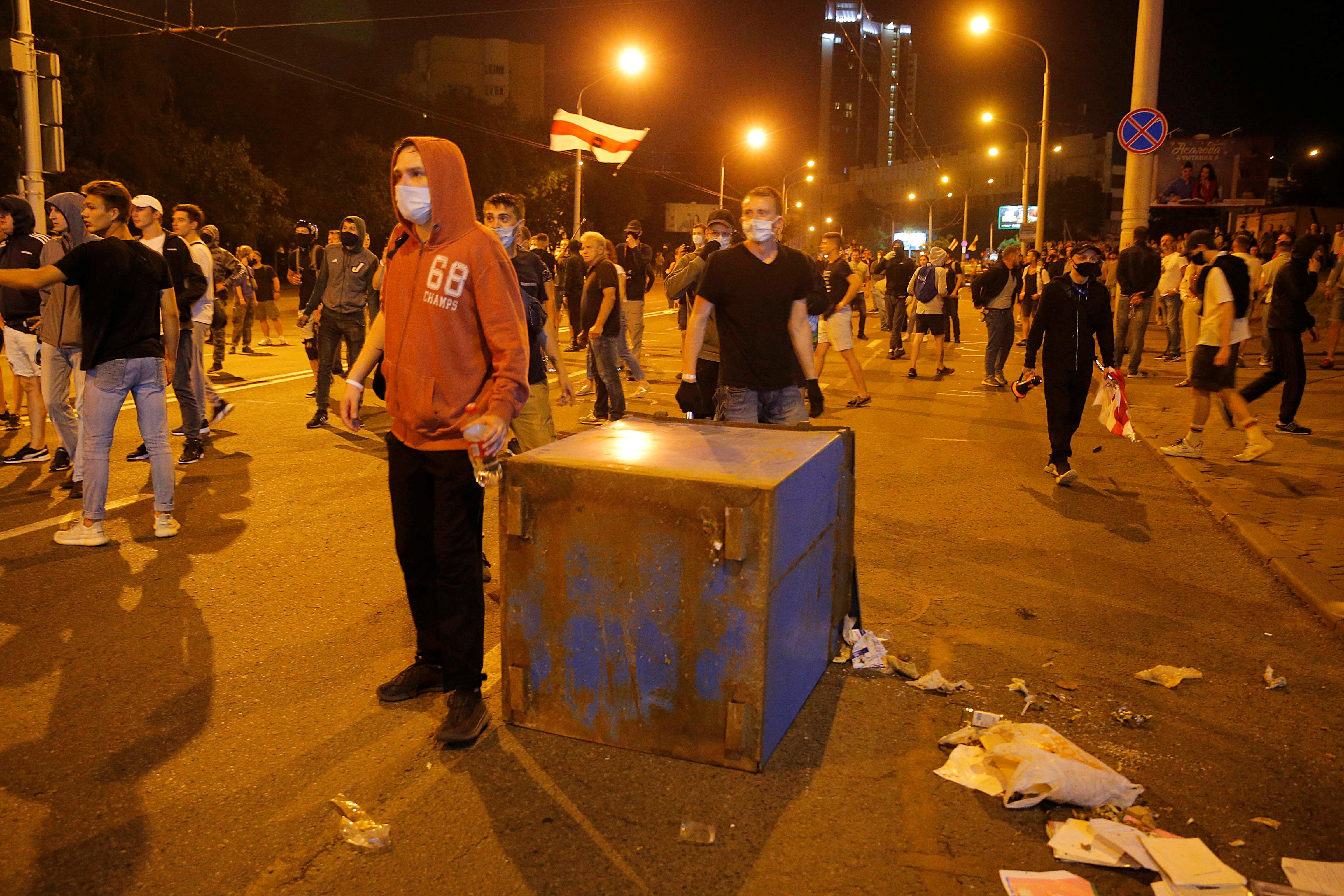 MINSK (Reuters) – At least one person was killed after being knocked over by a police prisoner van and dozens were injured in clashes between police and protesters after the Belarus presidential election, a representative of the rights group Spring 96 said on Monday.

“There are at least 120 detainees, but this is initial data,” Valentin Stefanovic also told Reuters.

Thousands of people took to the streets on Sunday in protest after strongman President Alexander Lukashenko looked set to win a sixth term in an election which his opponents say was rigged in his favour.