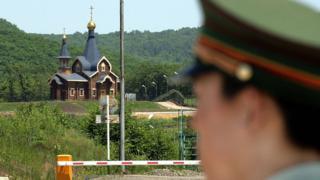 A Chinese city on the Russian border is entering a “lockdown” due to an increase in coronavirus cases – even as the rest of China cautiously opens up.

In Suifenhe, 1,000 miles from Beijing, people have been ordered to stay indoors, with some exceptions.

The border is closed to people, although not goods, and a 600-bed isolation hospital is being built.

One business owner told the BBC she was “very scared” – but another local said he had confidence in the government.

What is the virus situation in Suifenhe?

On Wednesday, China reported 59 imported cases of Covid-19 across the whole country.

According to state media, 25 of them entered the country via Suifenhe – making the remote north-east crossing something of a hotspot.

The patients were all returning Chinese citizens who had flown from Moscow to Vladivostok, a Russian city around 100 miles south.

All the new patients were taken to hospital, with two in a serious condition.

In addition, another 86 people in Suifenhe – who came via the same route – were classed as “asymptomatic” but positive for the virus, which China counts separately.

The border was closed to people on Tuesday, the local government said, although cargo can continue. Russia closed its border with China in February.

People in the city have been told to stay at home, although the lockdown isn’t as severe as Hubei province experienced. One person per house can shop for essentials every three days.

At the same time, the new hospital – in an existing building – is due to open this weekend, intended for patients with mild symptoms.

“Of course I’m very scared,” one woman who runs a bakery shop told the BBC.

“We don’t leave the house now. Many people already left the city. But we can’t do that, because we have a shop need to take care of.”

Meanwhile, a member of staff at a restaurant in the city said it was normally their high season, with around 1,000 customers a day.

Instead, they were told to close earlier this week, with “no idea” when they can open again.

But the staff member was not critical of the government. He said the lockdown made him feel “secure” – and that he was “very confident” the government would look after the situation.

What is the situation in the rest of China?

On Tuesday, it reported no new deaths for the first time since publishing daily figures in January.

On Thursday, it reported 63 cases – 61 imported from overseas – and just two new deaths.

The “flattening of the curve” has allowed restrictions to be lifted, and some normality to return.

On Wednesday, people were allowed to leave Wuhan – where the outbreak emerged – for the first time in 11 weeks if they were deemed virus-free.

There were 221 inbound and outbound flights, with more than 7,000 people leaving and 4,500 arriving. More than half a million used public transport, state media reported.

But although people from Wuhan can leave, they still face restrictions in other cities. In Beijing, for example, they will be tested upon arrival, according to local media.

Even if they pass, they will then be quarantined for 14 days – and tested again – before being released. 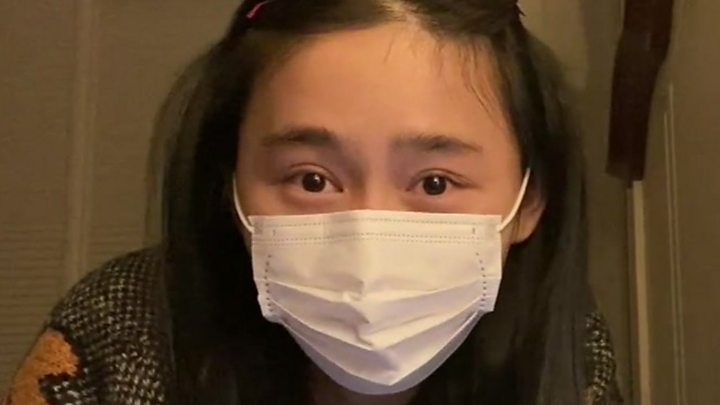