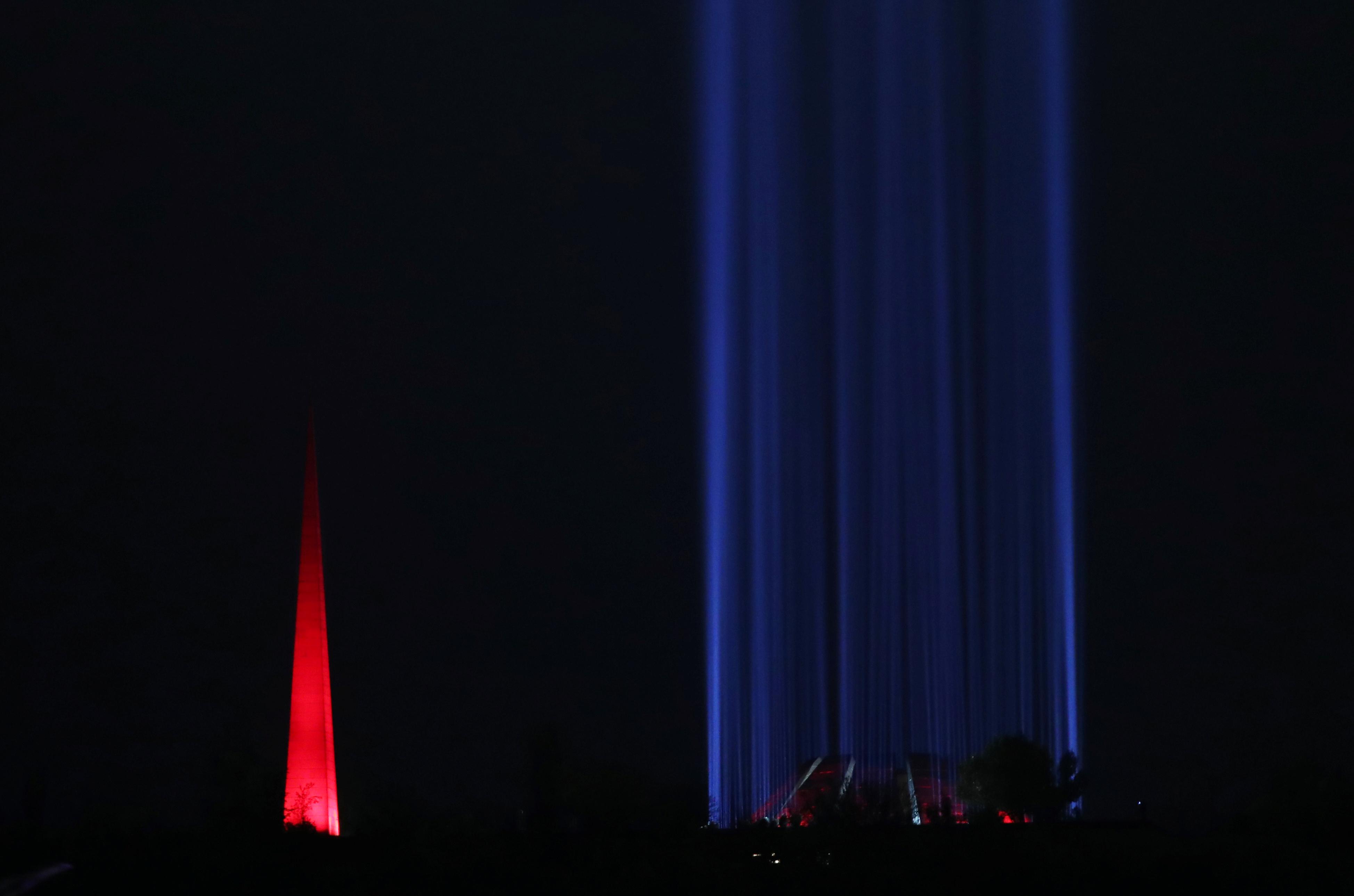 YEREVAN (Reuters) – Armenians have used text messages and mobile phone flashlights to mark the 105th anniversary of mass killings in the Ottoman Empire, dropping their usual march because of coronavirus restrictions.

Yerevan, which describes the 1915 killings of Armenians in what is now Turkey as genocide, has traditionally held annual torchlight processions to a hilltop memorial.

That description and commemorations around the world have enraged Turkey, which denies the killings were systematically orchestrated and constitute a genocide, and disputes the figures.

Armenia’s government said it was calling on citizens not to go out on Friday, but instead to send text messages to be projected onto the pillars of the memorial.

On Thursday night, in the build-up to the anniversary, it asked people to turn off lights in their houses and light a candle or shine their mobile phone flashlights towards the memorial.

“This year millions of people from around the world will have the opportunity to attend the April 24 march that will take place in a virtual space,” Armenian Prime Minister Nikol Pashinyan said in a national address on Friday.