Recent scientific research reveals the extinct species, lost entirely about 40,000 years ago, was more complex than we ever knew. The first concrete DNA confirmation that they intermixed with Homo sapiens – the earliest humans – emerged 10 years ago. When ­people realised Neanderthals were part of our ancestry, they wanted to know more. But what often gets missed are the intriguing nuances and diversity in their lives. This is the reason I wrote my book, Kindred: Neanderthal Life, Love, Death and Art, which is released today. For the most part, we still have this idea that Neanderthals were a mainly European species built for arctic-like conditions, who didn’t travel anywhere – uncreative stick-in-the-muds who were unable to innovate.

In fact, they were a Eurasian species, ­trekking across Siberia and central Asia, adapting to a wide range of landscapes – mountains, deciduous and pine forests, arid grasslands, coasts and wetlands.

They also survived more than 350,000 years of climate change, coping with several Ice Ages, warmer periods such as the one we are in right now, and a time when the Earth was two to four degrees hotter – the sort of rise in temperature science predicts we will have to cope with soon.

They may have had more space than us, but they still had to adapt to a vastly ­changing environment. Understanding that exposes outdated cliches.

Let’s take diet as an example. Neanderthals are forever presented as running through snow, either chasing or being chased by ­rhinos or woolly mammoths. For sure, they hunted massive Ice Age beasts, but a big game diet was not the only way they ate.

In warmer periods, Neanderthals living in southern Europe or ­further east, would have hunted woodland creatures such as red and roe deer, boar and aurochs, the ­ancestors of modern cows. They chased small game like rabbits, beavers and ­marmots and ate birds. 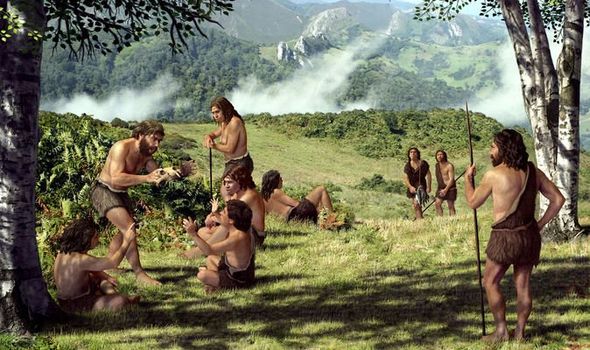 None of these formed the majority of their diet but they enjoyed a varied cuisine, ­choosing the best from whatever was there. We know Neanderthals ate tortoises native to the Mediterranean. They were easy pickings, and were flipped upside down and roasted in their shells.

Those who lived on the coasts ate what they could find in rockpools and at low-tide – crabs, mussels, dead fish and even washed-up dolphins and seals.

Advances in archeological ­investigation have confirmed to us that they also ate plants. We use a technique called flotation involving large numbers of soil samples being passed through a wet tank with increasingly fine sieves. That way you can get out things like tiny seeds, but we even find evidence in the tartar on their teeth.

We also understand far more now about their stone tool technology. For many years, textbooks described the time of the Neanderthals as a fallow period, where ­nothing much happened, before Homo ­sapiens, our ancestors, turned up with their fancy, fast-developing stone tools.

But Neanderthals were not making the same objects for more than 350,000 years. The process developed. They knew exactly what they were aiming for at the start of every tool 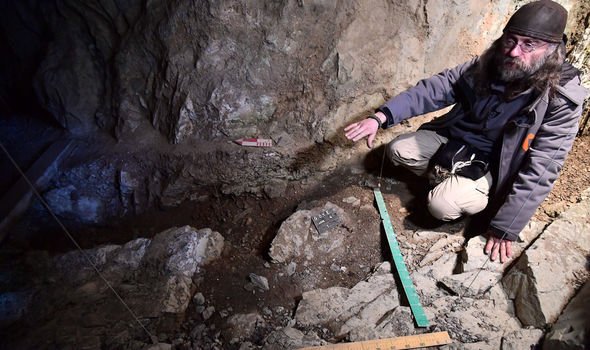 Today, there is broad consensus that Neanderthals had some kind of vocal ­communication, although the complexity of it is difficult to assess. We do know from their ear anatomy that they were tuned in to human speech frequencies implying their hearing evolved alongside language of some sort, just like ours.

From an evolutionary timescale, they are much closer to us than either they or we are to chimpanzees, so we should expect to see that reflected in the complexity of their ­emotional lives.

It’s pretty clear that Neanderthals laughed and found things funny. They may even have sung to each other in some way. But they were not driven by conflict – that is evident from their habits. They ­systematically butchered the prey, taking the best parts back, presumably, to dependents who were waiting. They did not stay by the kill and fight for scraps.

What’s more, they appreciated their ­surroundings. They were mobile people but they returned to familiar places and understood them well.

From the masses of objects unearthed, archaeologists have been able to ascertain different areas of organisation – some sites had rubbish dumps, whereas others were butchering grounds. They weren’t just cavemen, they centred themselves around hearths. They also embraced open-air living with constructed shelters that had defined working and sleeping areas. Sometimes they had special smouldering “night hearths”. 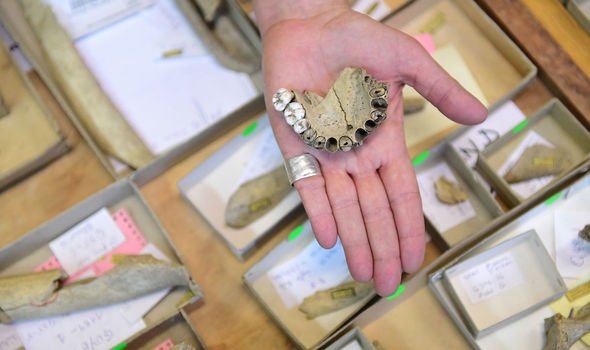 It has long been debated whether Neanderthals buried their dead or not. From our Western 21st century perspective, we expect meaningful interaction with death to resemble a coffin burial.

The remains that have been found don’t provide fully laid-out straight bodies, but in a number of sites, there are bodies that are either complete or nearly so. They seem to have been protected somehow.

The problem is that most of these were excavated a long time ago so the data was very limited. We had the bones but not the fine analysis of surrounding sediment, so we could not say whether there had been a pit or digging involved.

Two years ago at Shanidar Cave in Iraqi Kurdistan, researchers found the first new burial in decades. Right now they’re ­throwing every piece of 21st century ­technology and science at it. It will be e­xciting to see what is revealed.

Aside from that, there is evidence of Neanderthals interacting with the bodies of the dead. In numerous cases there appears to be butchering and taking apart of bodies, sometimes even evidence of cannibalism.

That’s been known since the 1890s. Explanations considered were that they were starving or were culturally violent.

That’s just one perspective, and it doesn’t take into account behaviour that happens in many human cultures from time to time – think about saints’ relics for instance. I believe it was about the living trying to cope with what had happened and finding ways to interact with the bodies that made sense to them. It is abundantly clear prejudice has been to blame. The first Neanderthal fossil was discovered in 1856 by European natural ­scientists who were products of a Western structure founded on colonial principles.

Slavery was still legal in parts of the US. Ideas about racial superiority were completely embedded within Victorian society, and finding the first human of a ­different kind was potentially threatening to the dominant religious structures of the time. An “acceptable” explanation had to be found. 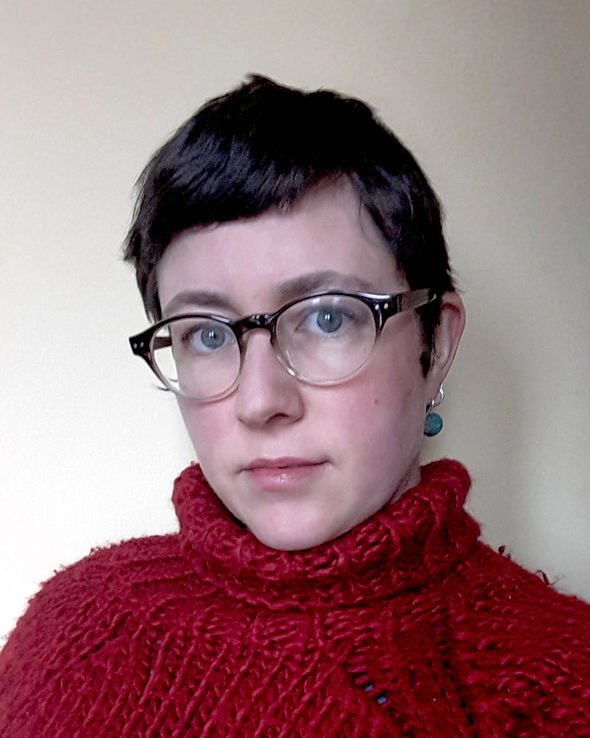 Neanderthals were clearly ripe to be portrayed as animal-like and that happened from the outset. They were compared with apes because of the differences in the shape and the skull. But worse, the leading ­scientists especially compared Neanderthals to black people, and Aboriginal Australians who they deemed most “savage”.

Over time these comparisons created completely inaccurate theories that so-called “lesser races” had sprung off earlier in human evolution and were more primitive than white Caucasian humans. Neanderthals were used to prop up these ill-founded ideas.

As to their demise, something clearly ­happened to the Neanderthals between 40,000 and 45,000 years ago. It may be connected with the unpredictable climate towards the end of their existence. On graphs the changes look like the huge swings on an earthquake seismometer. For hunter gatherers, massive and sudden environmental change and unpredictability is bad news.

But there is the interaction between our species and the Neanderthals that resulted in hybrid babies, proven by DNA tests.

Finishing this book in the late spring of 2020, as Covid-19 cuts a swathe through humanity, it is also impossible not to wonder if a terrible contagion might have been added into the mix.

Overall, the cognitive differences between us and Neanderthals seem slighter than ever, but they seem to have had smaller, less connected social networks.

People are now interested in Neanderthals more than ever. Not only is there an appetite to know more about them, but for changing views too. Perhaps we can learn from their resilience through a world more varied and sometimes more challenging than our own.