LONDON (Reuters) – Pockets of anti-racism protesters rallied again in various parts of Britain on Saturday as about 1,000 counter-demonstrators also took to London’s streets vowing to protect historic monuments that have been targeted in recent days.

Police warned some people may bring weapons, while statues of historical figures including Winston Churchill – Britain’s World War Two leader whom demonstrators call a racist – were boarded up to avoid becoming flashpoints.

Demonstrations have been taking place around the world over the death of African American George Floyd in Minneapolis after a white policeman knelt on his neck for nearly nine minutes.

In Britain, debate is raging over monuments to those involved in the nation’s imperialist past, especially after the statue of slave trader Edward Colston was torn down and thrown into the harbour of Bristol port last weekend.

Police said on Saturday that some people were planning to come to London to cause harm. They imposed route restrictions on both groups and said rallies must end by 5 pm (1600 GMT).

“Anyone who thinks they can commit a crime or vandalise property will be arrested,” Commander Bas Javid said in a statement.

“MY CULTURE UNDER ATTACK”

In and around Parliament Square in central London, hundreds of people wearing football shirts, chanting “England, England”, and describing themselves as patriots, gathered alongside military veterans to guard the Cenotaph war memorial.

The group sang songs in support of right-wing activist Stephen Yaxley-Lennon, who goes by the name of Tommy Robinson.

“Winston Churchill, he’s one of our own,” they also chanted, near his statue which last weekend was sprayed with graffiti reading: “Churchill was a racist”. 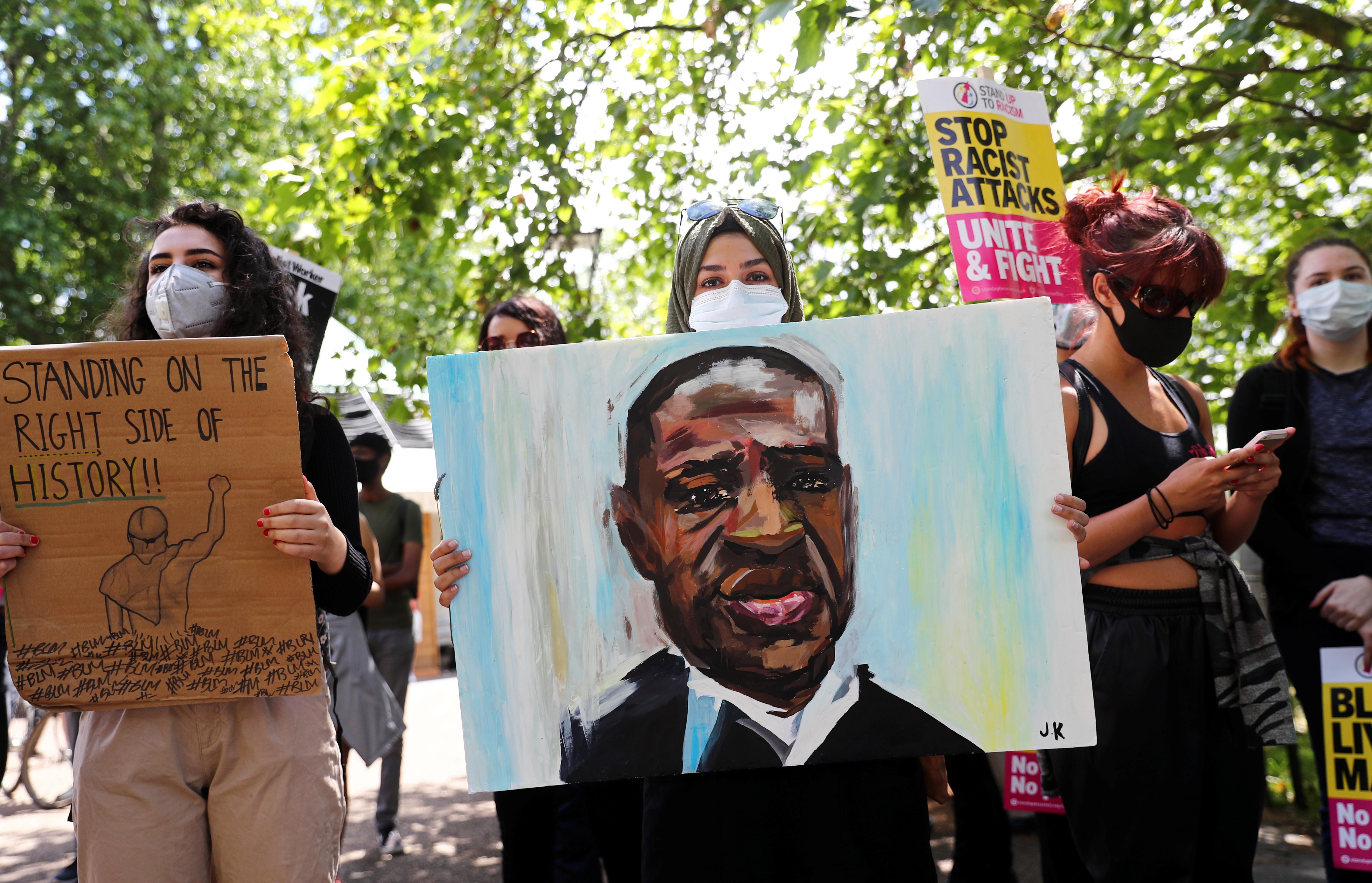 “My culture is under attack. This is my culture and my English history: why should Churchill be boarded up? Why is the Cenotaph attacked? It is not right,” said David Allen, one of the protesters.

About two miles away, around 20 anti-racism protesters gathered at Hyde Park, holding Black Lives Matter placards, even though organisers had told them not to attend fearing clashes.

There were also rallies in major northern English cities like Liverpool and Newcastle, with many protesters donning masks due to the coronavirus pandemic.