Italian politicians have joined in the country’s furious outrage at the European Union, with several protesting by taking down the bloc’s flags in their towns. On Thursday, Marco Schiesaro, the Lega mayor of Cadoneghe, filmed himself “suspending” the flag of the European Union. The footage was tweeted out by Lega leader Matteo Salvini, who has urged the country to reconsider its relationship with Brussels following the crisis.

Mr Salvini said: “The EU has shown itself in recent weeks closer to the interests of bureaucrats, banks and financial powers. Far from the cry of pain of the peoples who founded it, including the Italians.”

On Thursday, he also tweeted: “We have to re-examine the EU and Italy’s role in it. It has not come to our aid at all.”

In the video itself, Mr Schiesaro tells the camera: “After the minute of silence for our victims killed by COVID-19, I put the Tricolor at half-mast and tied the European flag with two ropes.”

Another shock video showed the vice-president of the Italian Chamber of Deputies Fabio Rampelli removing the EU flag from his chambers, before replacing it with the Italian national flag. 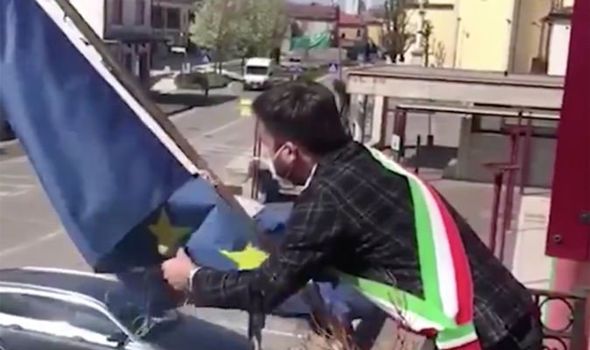 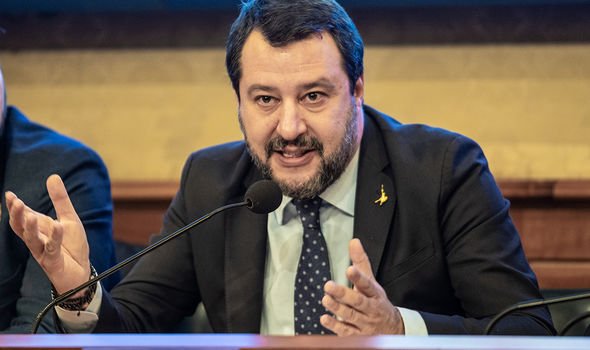 Another politician Mario Agnelli also removed the EU flag, saying: “We will put it back in its place when they show us that we are part of a real European Union.”

A series of others videos online show Italians replacing the EU flag with that of China or Russia, after those two countries sent in coronavirus aid before Brussels.

Vittorio D’Alessio, mayor of Mercogliano, who lowered the EU flag a week ago, said: “We are getting solidarity in concrete terms from countries that do not belong to the EU.” 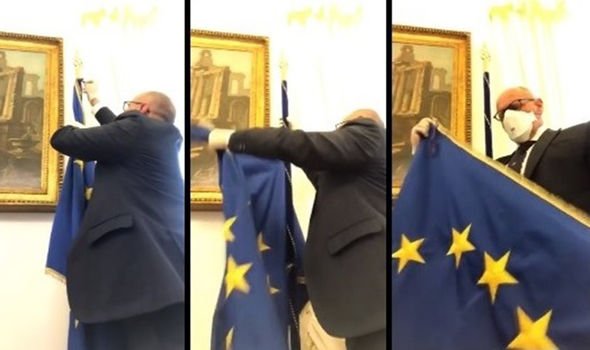 He said: “If Europe does not rise to this unprecedented challenge, the whole European structure loses its raison d’etre to the people.

“I represent a country that is suffering a lot and I cannot afford to procrastinate.”

The latest coronavirus figures from Italy show 119,827 infected cases, with more than 14,500 dead. 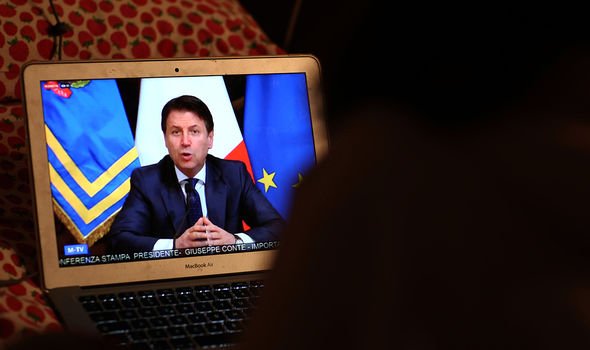 The BBC’s Brussels correspondent Katya Adler said: “Many Italians feel abandoned, just as they did at the time of the euro and migrant crises.

“This week, a group of Italian mayors and other politicians bought a page in Germany’s Frankfurter Allgemeine Zeitung newspaper to remind Germany that it was never made to pay back its debts after WW2.

“They criticised the public lack of support in the wealthy Netherlands too.”

EU leaders have been warned that if rows between member states continue, it could be more damaging for the bloc than Brexit, migration and bailout crises.

Jacques Delors, the former European commission president who helped build the modern EU, warned that lack of solidarity posed “a mortal danger to the European Union”.