Amber Heard has named her new dog Barnaby Joyce, after the Australian minister she feuded with in 2015.

The Aquaman and Drive Angry star had a dispute with Mr Joyce over a quarantine breach involving two other dogs which she brought to Queensland when visiting her ex-husband Johnny Depp.

Depp was filming one of the Pirates of the Caribbean films when Heard brought the pets over.

The couple were given days to remove the Yorkshire Terriers, or they would be put down.

The incident provoked a war of words with the deputy prime minister, who was agriculture minister at the time.

Mr Joyce said the dogs should “bugger off” and Depp called Mr Joyce some kind of “sweaty, big-gutted man from Australia”.

Now Heard, who divorced Depp in 2017, has introduced Mr Joyce’s namesake to her social media followers. 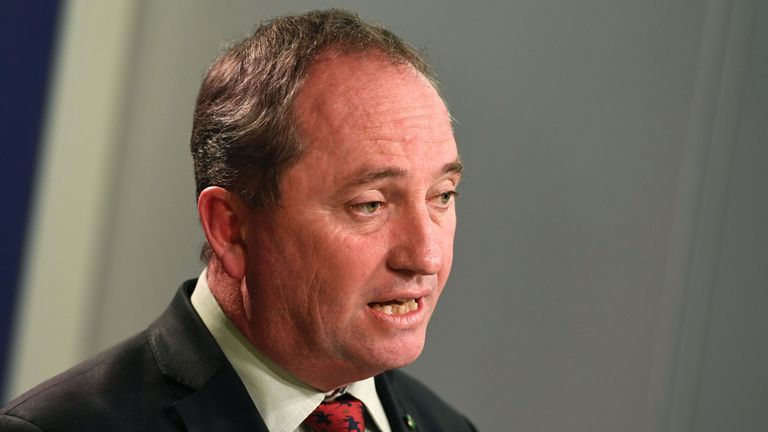 Depp and Heard travelled to Australia, where Depp was filming the fifth edition of the Pirates of the Caribbean franchise.

They flew with their dogs Pistol and Boo, but failed to tell authorities about the pets and were caught after images emerged of them visiting a grooming salon.

“There is a process if you want to bring animals – you get the permits, they go into quarantine and then you can have them.

“It’s time that Pistol and Boo buggered off back to the United States.”

Heard was handed a $1,000 (£541) fine after pleading guilty to providing a false immigration document that failed to declare her dogs.