Russian opposition leader Alexei Navalny’s symptoms are improving after his suspected poisoning, the German doctors treating him have said.

The 44-year-old is stable and there is “no immediate danger to his life”, according to the Charite hospital in Berlin, although it “remains too early to gauge potential long-term effects”.

Russian officials have rejected accusations from Mr Navalny‘s allies that the Kremlin had orchestrated a deliberate poisoning of the staunch critic of Vladimir Putin, although the Charite says its early tests indicate that he had indeed been poisoned.

It said in its latest update on his condition on Friday that the poisoning had been “severe”. 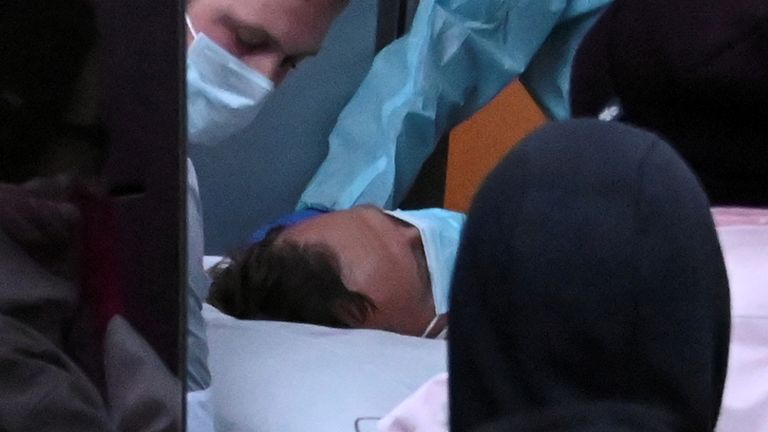 Earlier this week, the hospital said that Mr Navalny had been intoxicated with a substance from the cholinesterase inhibitor group – a series of chemicals that prevents the breakdown of a neurotransmitter called acetylcholine.

If acetylcholine builds up, it creates a blockage in the nervous system.

Mr Navalny remains in an induced coma in intensive care and is being mechanically ventilated.

“There has been some improvement in the symptoms caused by the inhibition of cholinesterase activity,” the hospital said in a statement, but Mr Navalny’s condition is still serious.

He is being treated with atropine, which is used to tackle certain types of nerve agent and pesticide poisonings.

Mr Navalny – one of Mr Putin’s fiercest domestic critics – fell ill on an internal Russian flight from Tomsk in Siberia to Moscow last Thursday, after drinking what his supporters suspect was poisoned tea.

Initially, he was treated in the Siberian city of Omsk after the plane made an emergency landing. Doctors there had dismissed suggestions he had been poisoned, but said he was too unstable to be moved.

However, he was transferred to Berlin at the weekend after a team of German specialists and a medical plane were flown in to help.

His supporters believe medics in Omsk were stalling until any poison in his system could no longer be detected. The Kremlin denies its resistance to the transfer was political and says it was purely a medical decision.

Prime Minister Boris Johnson has called for a “transparent” investigation into the poisoning of Mr Navalny, which he described as “the most extraordinary thing”.

He pledged to join “international efforts to ensure justice is done” after German Chancellor Angela Merkel called on Russian police to “investigate this crime in detail and in full transparency”.

“Those responsible must be identified and held accountable,” she added.