Alexei Navalny battled for his life through a novichok-induced coma and he made it through.

But strength and force of personality could not win him the fight for his liberty – despite his best efforts.

He knew that from the start and acted as a man long reconciled to the rough end of Russian justice.

But he refused to go quietly. 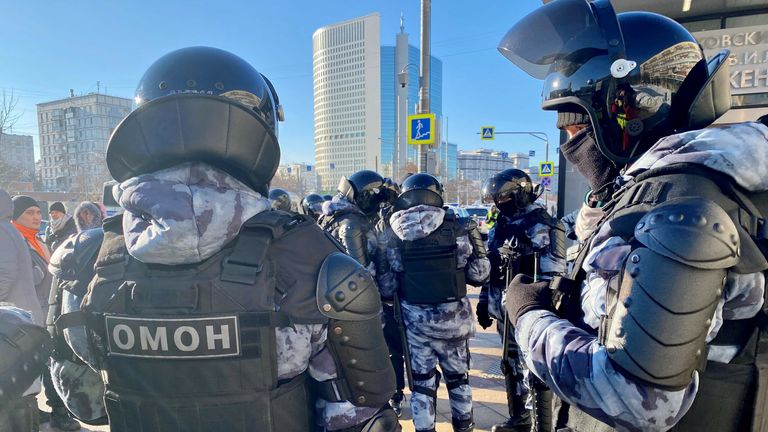 He was sentenced to three-and-a-half years in prison over allegations he violated the conditions of a suspended sentence he received in 2014 for money laundering.

The court session on Tuesday had presented a fresh opportunity to call out the man he claims ordered his poisoning – ‘the thieving little man in the bunker’ as he called Russia’s president Vladimir Putin.

And he did not hold back.

“Murder is the only way he knows how to fight,” he declared to the courtroom, packed with journalists and 20 or so diplomats.

“He’ll go down in history as nothing but a poisoner. We all remember Alexander the Liberator and Yaroslav the Wise. Well, now we’ll have Vladimir the Poisoner of Underwear.”

But this was more than one last chance to rally. This was a call to the people of Russia. A plea that they do not let his case, or his imprisonment, scare them and that they should not lose sight of the fact that they have rights.

This is their country and the authorities cannot enrich themselves at their expense or, after the thousands of detentions over the last two weekends, imprison the entire nation.

“You are not at a demonstration,” the judge said, asking him to quit with the political rhetoric.

But he refused to back down. “This is my opinion,’ he said. 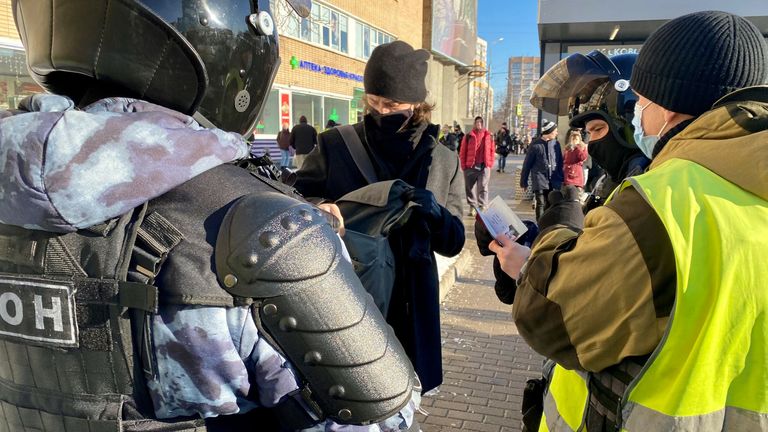 Mr Navalny has sat in numerous courtrooms listening to the minutiae of cases – each one of which he says is fabricated.

His frustration at the prosecution’s endless hair-splitting; asking him to state yes or no, whether he’d turned up for parole on this or that particular day, clearly drove him crazy.

He had been in a coma and then unable to walk, he told the female prosecutor – hardly the time to be checking in for parole. 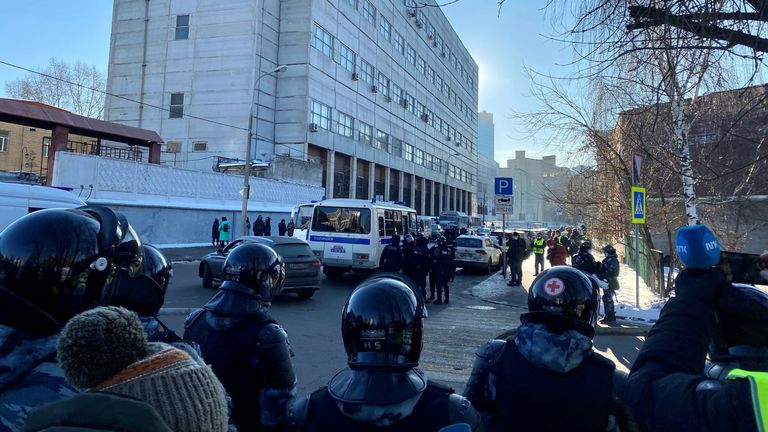 And what difference did it make whether he checked in on a Monday or a Thursday, when the prison service had never cared before?

“You are an honourable daughter of the regime,” he told her. “You lie in every word.”

His wife Yulia sat quietly in the front row. The two have a set sign language now, honed presumably over multiple court appearances. News of her arrest at each of the last two weekend’s rallies had filtered down to him in detention.

“They said that you had seriously violated public order and were a bad girl. I’m proud of you!” he said at the beginning of the hearing over the loudspeaker in his glass cage.

At the end, just before the verdict was read out, he traced a heart with his finger on the glass.

After the sentence, as she went to leave the courtroom, he made one final call to his wife.

“Don’t be sad, everything will be fine,” he said.