Among more than 900 cases in Kabul, over a third are medical staff, with at least nine doctors among them dead. 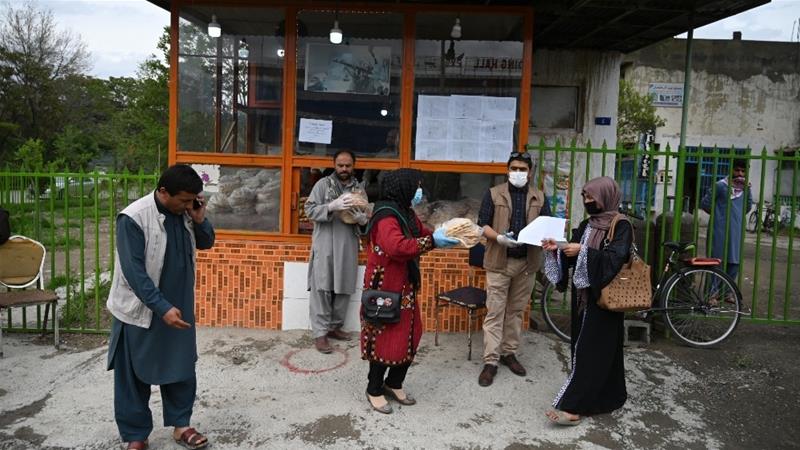 More than a third of confirmed coronavirus cases in the Afghan capital have been among doctors and other healthcare staff, two senior health officials said, in a sign that the war-torn country is struggling to deal with the pandemic.

The officials on Thursday cited a lack of protective equipment for medics as well as a lack of awareness among some medical staff of the precautions needed to avoid infection.

The high rate of infection among healthcare workers has sparked alarm among medics, and some doctors have closed their clinics.

However, it is not clear whether the apparently disproportionate rate of infection might be at least in part because medical staff members are more likely to be tested for the illness.

Few people with the classic COVID-19 symptoms of high fever and respiratory problems are being tested in Afghanistan, because of a shortage of testing kits.

The total of 925 confirmed cases in Kabul has included some 346 medical staff, said a government health official and an Afghan doctor who is on the board of a government-led pandemic taskforce.

As of Thursday, 3,563 people have tested positive and 106 people have died from COVID-19 in Afghanistan, according to official figures.

The two officials, who asked not to be named as they were not authorised to discuss the matter publicly, said at least 13 doctors had died in different parts of the country last month and in the first week of May.

At least nine of those doctors had been attached to public, private or military hospitals in Kabul, two other health officials said, speaking on condition of anonymity.

The government has said it is providing the best available facilities to deal with the health crisis, which it calls a big challenge.

The rate in Kabul compares with a global rate of infection for medical staff issued on Wednesday by the International Council of Nurses, which said six percent of all confirmed cases of COVID-19 were among healthcare workers, based on data from 30 countries.

‘Best for doctors to sit at home’

Some doctors have closed their clinics, putting a strain on the limited health resources in Afghanistan.

“I have decided to suspend my practice for two months, many doctors will not open their clinics and private nursing homes … pregnant women are being told to find midwives instead of coming to hospitals,” said a cardiologist in Kabul.

With a population of more than 37 million, Afghanistan has roughly 172 hospitals, and four doctors per 10,000 people, according to a 2019 government report.

The healthcare system is dependent on millions of dollars in foreign donor aid for support.

At least six doctors who Reuters news agency spoke to say the government has not made accurate data about COVID-19 cases public, and many hospitals are teetering on the verge of collapse.

“The situation is so bad that it’s best for doctors to sit at home,” said a foreign doctor who has been working in Kabul for six years.

The health ministry said it is collecting data on confirmed cases, but in some cases, infections are not reported to the ministry.

There are parts of the country that are under the control of the Taliban group and where it is hard for the government to access data.

The government also says while it is doing its best to protect people, a large part of the response to the pandemic is dependent on foreign aid.

Health Minister Ferozuddin Feroz has tested positive for the illness, the minister said on Thursday.