The 22-year-old who suffered a cardiac arrest during a match wakes up after two years, eight months and 19 days. 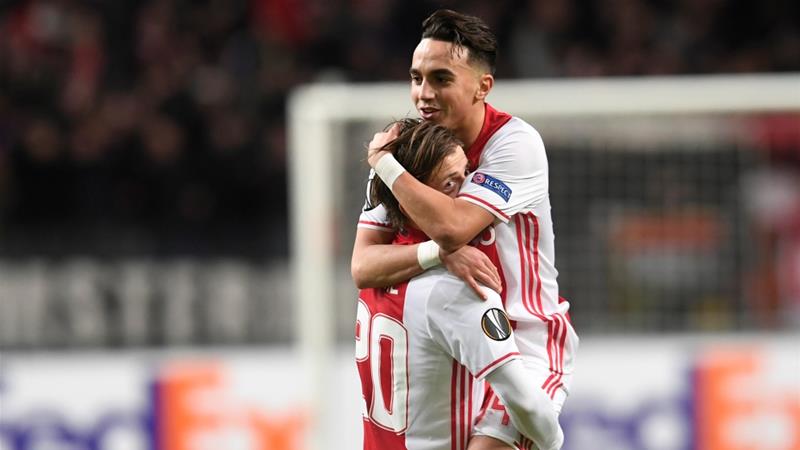 Abdelhak Nouri, a midfielder for Dutch football giants Ajax, has woken from a coma after two years, eight months and 19 days.

“It is going well with Appie [Abdelhak]. Yes, what is good? He’s awake, he’s asleep, he’s eating, he’s burping, but he’s not getting out of bed,” Abderrahim told the Amsterdam-based newspaper.

“At good times there is a form of communication, then he moves his eyebrows. He just can’t keep it up for long, that seems to be top sport for him,” he said, adding that Nouri was at home with his family and “aware of where he is”.

The Dutch-Moroccan midfielder collapsed during a friendly match between Ajax and Germany’s Werder Bremen on July 8, 2017 in Austria due to a cardiac arrest, which caused serious brain damage.

Amsterdam-based Ajax were later forced to admit that their on-field treatment of the player was inadequate. Club doctor Don de Winter was fired.

Winter is believed to have deviated from UEFA’s guidelines, beginning resuscitation attempts too late. Ajax Chief Executive Edwin van der Sar said at the time a defibrillator should “have been used sooner”.

“Had this happened, it’s possible that Abdelhak would have come out in a better condition,” Van der Sar had said in a statement.

“This isn’t certain, but it’s a possibility.

“We recognise our responsibility and liability for the consequences of this.”