The mammoth cargo ship blocking one of the world’s most vital maritime arteries was wrenched from the shoreline and finally set free on Monday, raising hopes that traffic could soon resume in the Suez Canal and limit the economic fallout of the disruption.

Salvage teams, working on land and water for six days and nights, were ultimately assisted by forces more powerful than any machine rushed to the scene: the moon and the tides.

The ship was ultimately set free at around 3 p.m., according to shipping officials. Horns blared in celebration as images emerged on social media of the once stuck ship on the move.

But just as the tides rose and fell, optimism waxed and waned throughout the day on Monday as each bit of encouraging news was met with words of caution.

The stern, or the back of the ship, was clearly free from the land early Monday. But for hours until the ship was finally freed, it had remained uncertain if the ship’s bow had been truly pulled from the mud and muck on the banks of the canal.

Salvage crews had worked around a schedule largely dictated by the tides: working to make progress during the six hours it would take for the water to go from low point to high and then back again.

With a full moon on Sunday, the following 24 hours had offered the best window to work, with a few extra inches of tidal flow providing a vital assist for their efforts.

Throughout the night on Sunday and into Monday, tugboats worked in coordination with dredgers to return the 220,000-ton vessel to the water.

Then, just before dawn, the ship slowly regained buoyancy.

It was a turning point in one of the largest and most intense salvage operations in modern history, with the smooth functioning of the global trading system hanging in the balance 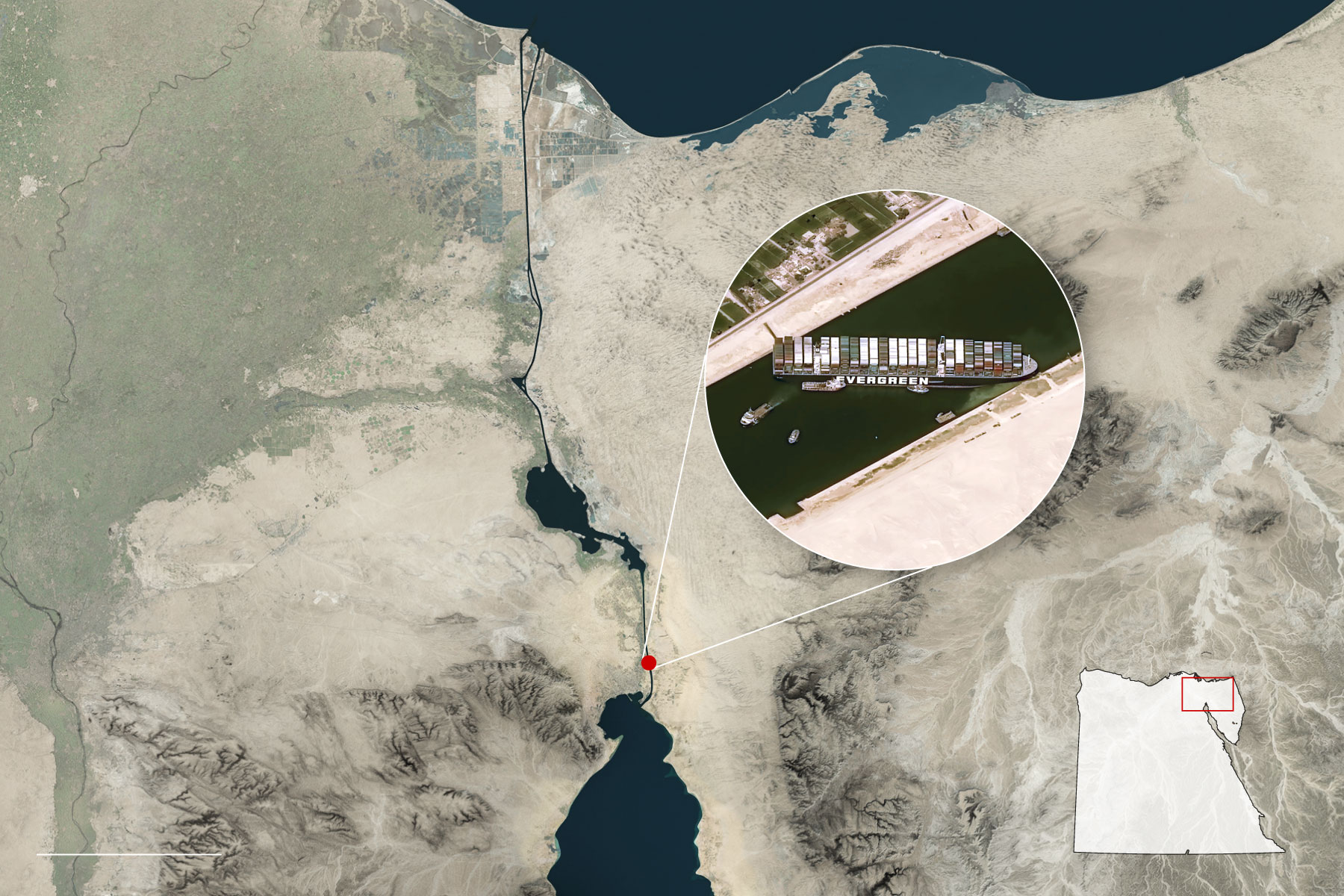 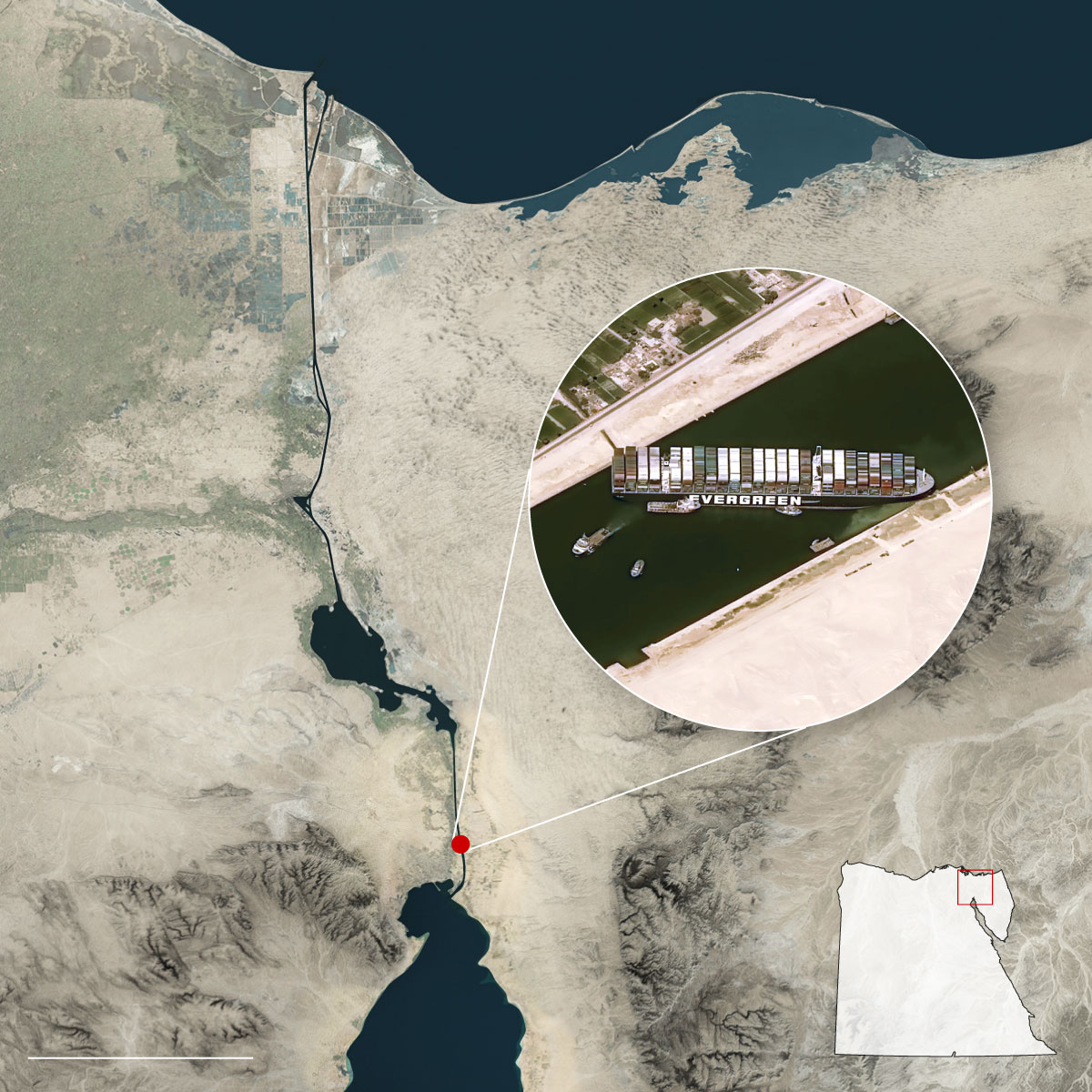 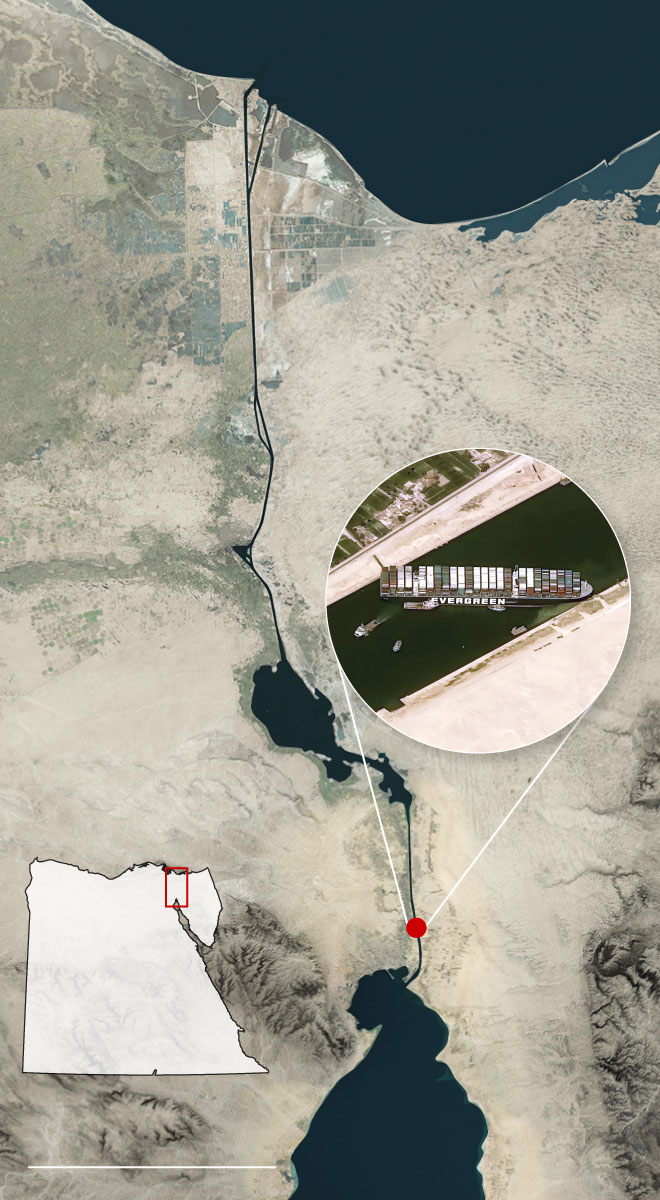 The army of machine operators, engineers, tugboat captains, and other salvage operators knew they were in a race against time.

Each day of blockage put global supply chains another day closer to a full-blown crisis.

Vessels packed with the world’s goods — including cars, oil, livestock and laptops — usually flow through the canal with ease, supplying much of the globe as they traverse the quickest path from Asia and the Middle East to Europe and the East Coast of the United States.

With concerns that the salvage operation could take weeks, some ships decided not to wait, turning to take the long way around the southern tip of Africa, a voyage that can add weeks to the journey and more than $26,000 a day in fuel costs.

Each bit of progress in moving the ship over the weekend was celebrated by the workers on the canal — tugboat horns blaring and shouts of joy often echoing in the desert dark.

Late Saturday, tugboat drivers sounded off in celebration of what was up to that point the most visible sign of progress since the Ever Given ran aground late Tuesday.

The 1,300-foot ship moved. It did not go far — just two degrees, or about 100 feet, according to shipping officials. But that came on top of progress from Friday, when canal officials said dredgers had managed to dig out the rear of the ship, freeing its rudder.

On Monday morning, the movement of the ship was even more dramatic — with tugboats able to almost completely straighten the vessel.

But it was still unclear whether the bulbous bow — a protrusion at the front of the ship just below the waterline — was truly free.

Peter Berdowski, the chief executive of Royal Boskalis Westminster, which has been appointed by Ever Given’s owner to help move the vessel, told the Dutch public broadcaster NOS on Monday that he understood the bow to be stuck “rock solid.”

“The ship is like a giant whale that we have to slide off the beach, back in the water,” he said early Monday. Pulling the stern lose, he said, was the easy part.

“We shouldn’t start cheering just yet,” he cautioned.

A few hours after he made his remarks, President Abdel Fattah el-Sisi of Egypt celebrated the moment on Twitter, writing that “Egyptians have succeeded today in ending the crisis of the stuck ship in the Suez Canal despite the great complexities surrounding this situation in every aspect.”

Egyptian national television started broadcasting live coverage of the salvage operation, a signal of the government’s confidence that the situation would soon be resolved.

Teams of engineers and experts were still huddling on the banks of the canal, going over the intricate details of the sprawling salvage effort.

The company that oversees the ship’s operations and crew, Bernhard Schulte Shipmanagement, said 11 tugboats had helped, with two joining the struggle on Sunday. Several dredgers, including a specialized suction dredger that can extract 2,000 cubic meters of material per hour, dug around the vessel’s bow, the company said.

With the Ever Given sagging in the middle, its bow and stern both caught in positions for which they were not designed, the hull had been vulnerable to stress and cracks, according to experts. Just as every high tide brought hope the ship could be released, each low tide put new stresses on the vessel.

Teams of divers inspected the hull throughout the operation and found no damage, officials said. The ship was to be inspected again after it was freed.

The plan is to tow the ship to the Great Bitter Lake, located along the canal’s route between the Mediterranean Sea and the Red Sea, so traffic could once gain flow smoothly.

However, it would take some time to also inspect the canal itself to ensure safe passage. And with hundreds of ships backed up on either side, it could be days before operations return to normal.