A British student who went to Afghanistan on holiday has been evacuated to Dubai after he was forced into hiding following the Taliban takeover of the country.

Miles Routledge, 21, who travelled there on a planned trip last week despite the militant group’s gains, received criticism on social media over his trip which he was using as an alternative to a beach vacation.

He claimed he had encountered Taliban members, seen dead bodies in the street and was shielded from gunfire in a NATO-controlled safe house.

He arrived in Kabul in recent days, having looked up the most dangerous places to visit in the world and picked Afghanistan off a list.

In a message to followers on social media, he admitted he had “bitten off more than I can chew”, but had known the risks when he travelled.

Afghanistan live updates: All the latest as the Taliban establish new government

The Loughborough University student posted footage on Facebook on Tuesday of himself wearing a flak jacket on a military-style plane as the jet arrived in Dubai.

He wrote: “The happy ending: landed in Dubai thanks to the brilliant people at the British Army. All safe!”

The previous day he told reporters he and other civilians, including some fellow Britons, had been given refuge in what he described as a NATO-controlled building in Kabul.

A spokesman for NATO was unable to confirm his claim. But Sky News has verified his stay in Kabul. 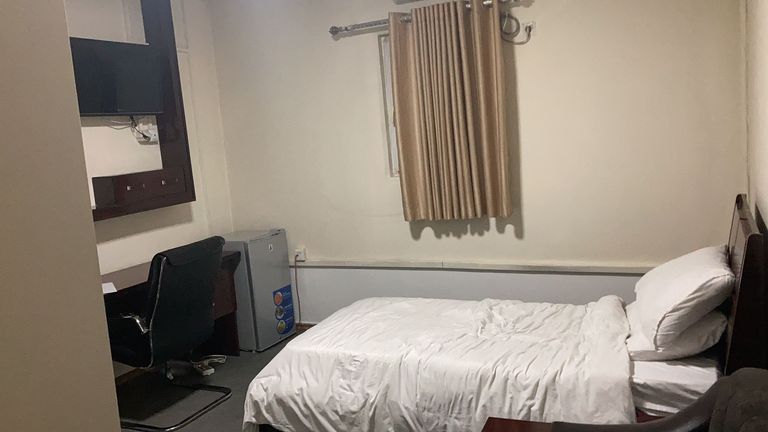 It came amid chaotic scenes on Monday at the city’s nearby airport, where hundreds of people attempted to board a US Air Force plane, with some plunging to their death as it took off.

Gunshots were also fired at the scene and at least seven people died as the chaos unfolded, US officials said.

Despite the violence, Mr Routledge claimed he felt safe in the building. 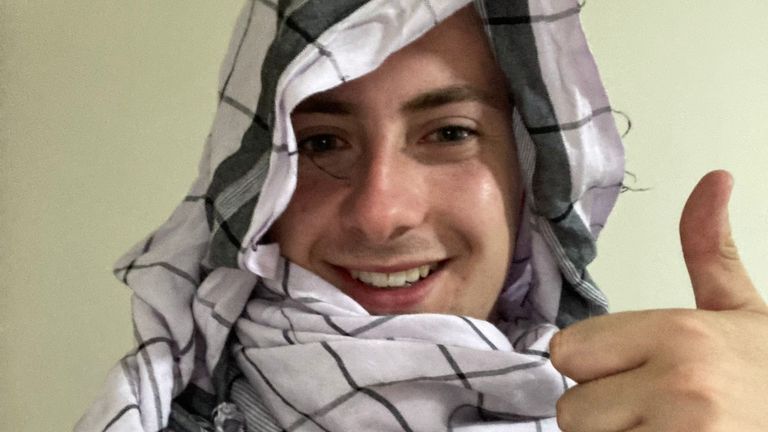 “These NATO guys are amazing, they really do make you feel safe and looked after.” He added: “We’ve got a pool, canteen, gym, clothes machine and even a shop.”

Before his flight on Tuesday, he had told followers he had got a place on a list for evacuation from Kabul.

He also said he was limited to a bag weighing a maximum of 10kg and people were stuffing protein bars in his jacket. 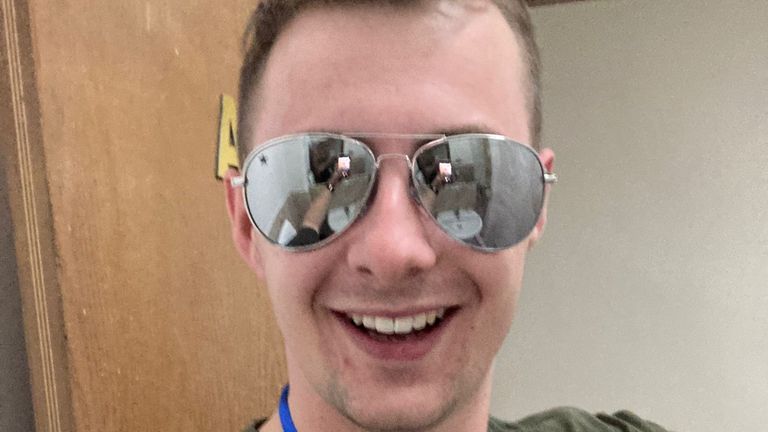 He wrote: “On the flight out we aren’t allowed any liquids at all, no razors and only 1 bag up to 10kg so everyone is tossing all their belongings into a pile, people are donating each other their items because they can’t carry them. Some lads stuffed my body armour and bag with protein bars, over 20 of them. Very happy man right now. Thank you lads.”

The previous day he posted of his tour guide’s worries in the country.

Mr Routledge wrote: “My tour guide is currently fearing for his family and his only crime is going the extra mile and saving my life, I can never repay him and that saddens me.” 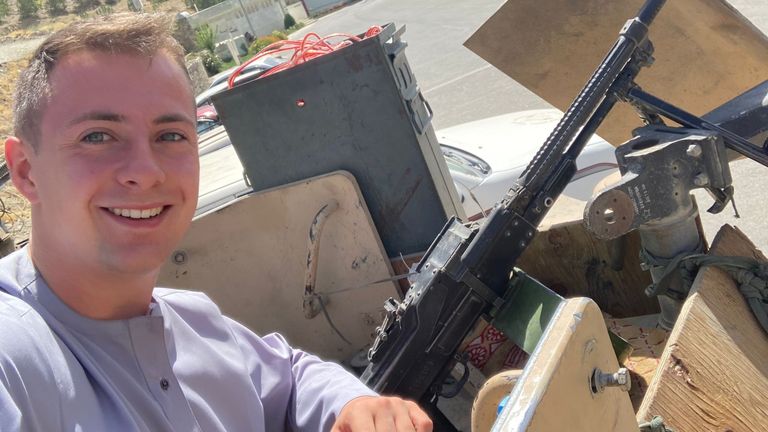 And earlier in his visit to Afghanistan he had posed for a photo with what he believed was a military machine gun after speaking to soldiers on a trip outside Kabul.

A Ministry of Defence spokesman confirmed UK military flights had been carried out from Kabul to Dubai around the time he posted the footage inside the plane.

But he was not able to verify whether the video was filmed on board one of them.