HONG KONG (Reuters) – Prominent Hong Kong democracy activist Joshua Wong said on Friday he planned to run for a seat in the Chinese-ruled city’s legislature, setting up a new battle with authorities after being barred from running in previous polls. 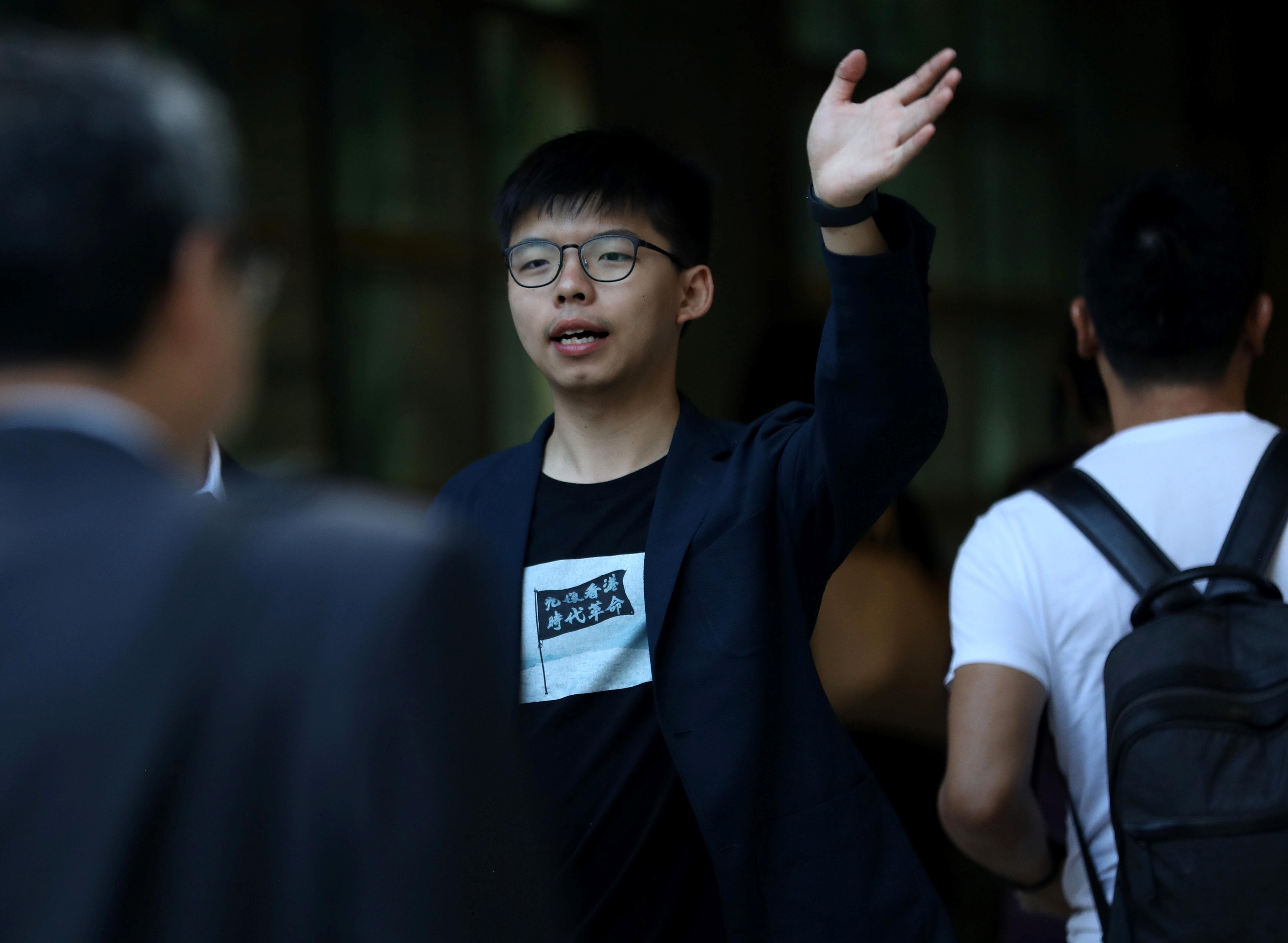 Wong, who was 17 when he became the face of the 2014 student-led Umbrella Movement, has not been a leading figure of the often-violent protests that have shaken the semi-autonomous financial hub for the past 12 months.

However, he has drummed up support for the pro-democracy movement overseas, meeting with politicians from the United States, Europe and elsewhere, drawing the wrath of Beijing, which says he is a “black hand” of foreign forces.

He was disqualified from running for the less important district council elections last year on grounds that advocacy of Hong Kong’s self-determination violates electoral law, which he described at the time as political censorship.

He intends to run in a primary for the pro-democracy camp that will choose candidates for the Legislative Council vote on Sept. 6.

“If more people vote for us … it could generate more pressure and more hesitation for Beijing,” Wong said, in front of campaign posters with the slogan “Ballot, or bullet.”

Wong has said he supports the idea of a non-binding referendum for people to have a say over Hong Kong’s future but that he is against independence.

Electoral rules after Hong Kong’s 1997 return to China from Britain effectively guarantee that the legislature is stacked in Beijing’s favour, with only half the seats directly elected.

The rest are picked by business and professional groups called “functional constituencies,” which are dominated by pro-establishment figures.

In 2016, the pan-democratic camp won 29 seats, but then lost six when candidates were disqualified after China’s national parliament ruled their oaths of office were invalid.