HONG KONG (Reuters) – Medical sector worker Tana has attended peaceful lunchtime rallies in Hong Kong regularly for months along with thousands of others protesting Beijing’s influence and calling for greater democracy in the global financial hub. 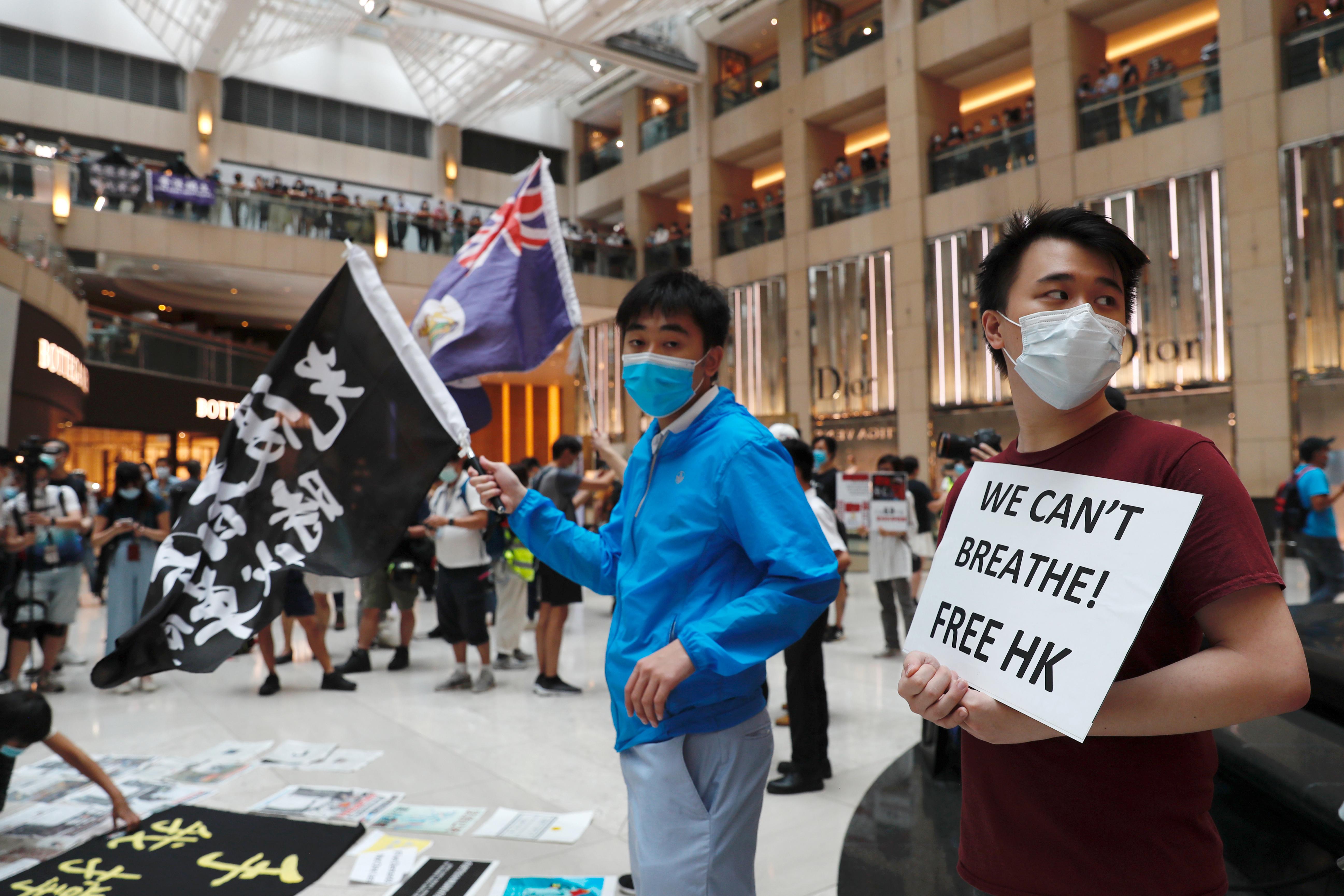 Now, a year on from a mass rally that kicked off a large scale and often violent anti-government movement, 37-year-old Tana and her husband fear not enough has changed.

The protests succeeded in forcing a backdown by the Hong Kong government on proposed legislation that would have allowed extradition to mainland China. But a year later, authorities in Beijing are drafting national security laws that activists fear would further curb freedoms.

For Tana and her family, including a son born just before the protests began, pragmatism is beginning to trump idealism.

“I am most worried about my child,” Tana told Reuters, requesting her surname be withheld for security reasons. The family has already shifted their savings abroad, she said, and “emigration might be an option.”

Among supporters of the protest movement, feelings range from slim hope to acute fear of oppression. After a relative respite during the coronavirus outbreak, protesters are again taking to the streets against the proposed security laws. Officials have said the laws would target a small number of “troublemakers” with provisions against secession, subversion, terrorism and foreign interference.

Ng, a retired 63-year-old woman is among those looking back at the past year with pride and pledges to keep demonstrating.

“A single spark can start a huge blaze,” she said, also requesting she be identified by one name only. “The more the government suppresses us, the more resisting we become.”

David, 22, who works in insurance and declined to give his surname, said a mix of violent and peaceful tactics was needed for international attention.

David said he “sometimes felt overwhelmed with fear” when he helped at rallies by mixing petrol bombs and disabling tear gas canisters, but he felt compelled to continue.

Demonstrations have often turned violent, with protesters blocking roads, vandalising shops perceived to have pro-Beijing links and throwing bricks and molotovs at the police, who have responded with tear gas and rubber bullets.

Isaiah Choy, who studies in Britain but came back last year to take part in peaceful protests, said violent tactics should be abandoned. The 21-year-old said he is frustrated with Hong Kong being treated as a “pawn” in U.S.- China conflicts.

Washington, which has traded barbs with Beijing over trade, the coronavirus pandemic and other issues, says China has quashed the high degree of autonomy that Hong Kong was promised for at least 50 years when it returned from British to Chinese rule in 1997. Beijing has dismissed the claim and urged Washington not to meddle.

The protests have strong support among Hong Kong’s 7.5 million people, according to opinion polls, with about one third of the population opposed.

Keung, 50, said he supported national security laws and hoped the pro-democracy movement “will end soon because evil can never prevail over good.”

“It is normal for the government to set up laws to tighten its grip when people are violating the previous ones,” Keung, who also gave one name only, told Reuters. 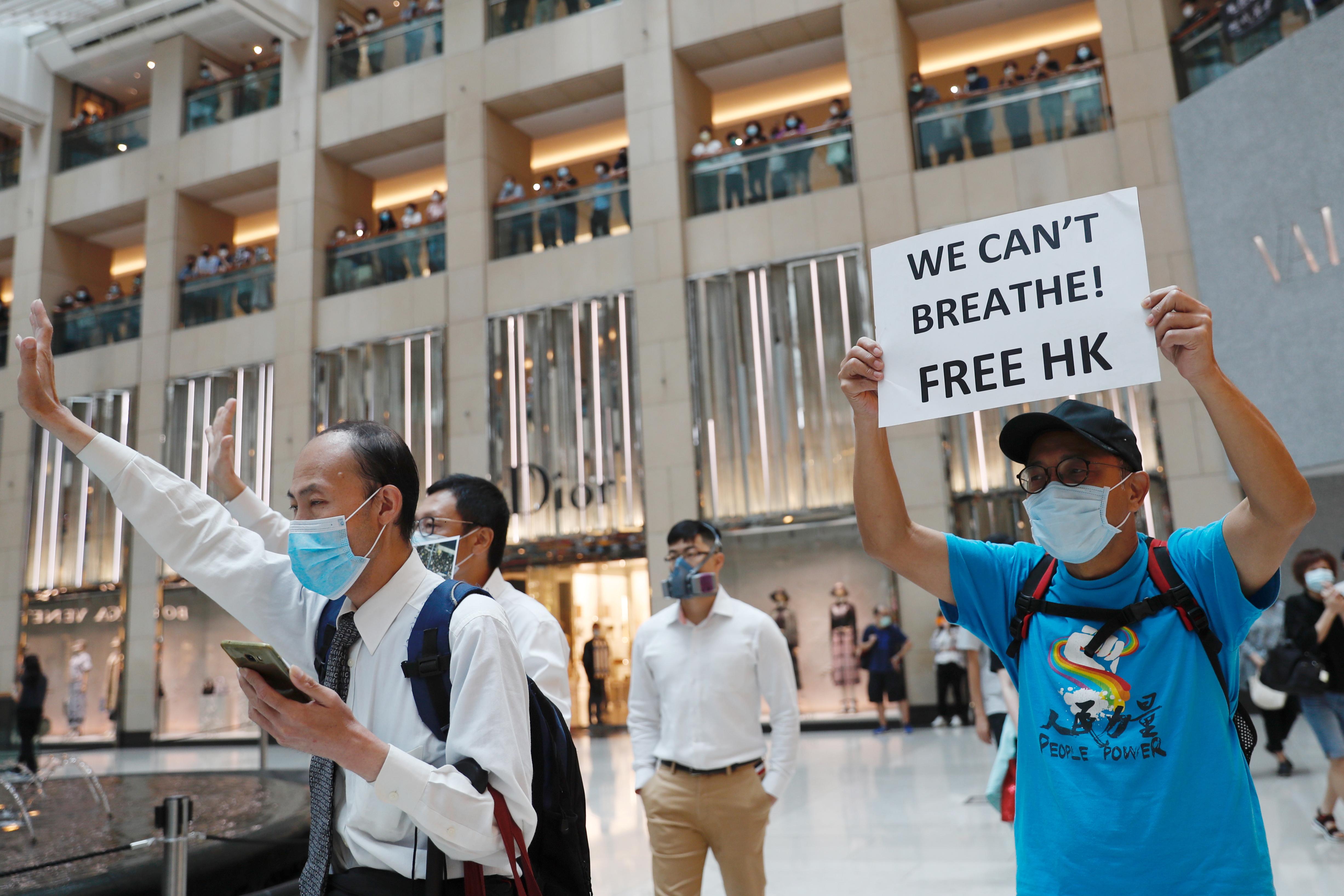 Others vow to continue to protest for as long as it takes.

Sixty-four-year-old retiree Fu has embraced the often chanted slogan “if we burn, you burn with us,” referring to the belief that as a magnet for global capital, Hong Kong is the goose that lays the golden eggs for the mainland economy.

Fu said he has lost many childhood friends because of his position, but he has no regrets: “I am a die hard fan of mutual destruction and Hong Kong independence.”