Boris Johnson lashed out at Labour leader Sir Keir Starmer during a row on the UK’s travel list and border measures during the coronavirus pandemic. Sir Keir demanded the Government scrap the traffic light system and tighten up border rules to ensure new variants do not enter the country. Mr Johnson insisted the UK already had some of the toughest border measures.

He went on to accuse Sir Keir of wanting Britain to close its doors to the rest of the world and remarked the Labour leader had “flip-flopped” on the issue.

He argued it would be an unintelligible decision to close off Britain to the world due to the UK’s heavy amount of imports.

Sir Keir said: “After so many mistakes and the stakes so high, why doesn’t the Prime Minister do what Labour is calling for.

“They should drop the traffic light system, get rid of the amber list, secure the borders and do everything possible to save the British summer.” 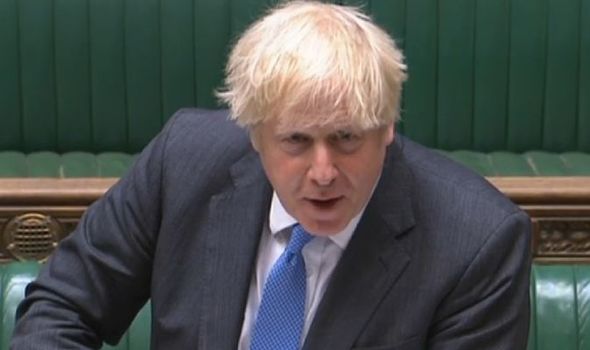 Mr Johnson replied: “He doesn’t even know what the Delta variant is.

“We have the toughest border measures in the world.

“We will continue, we have 50 countries on the red list Mr Speaker.

“If he is now saying that he wants to stop all travel to and from this country then it is yet another flip-flop from the Labour leader of the opposition.

Boris Johnson tells Starmer to 'get facts straight' on variants

“Yet another totally unintelligible flip-flop.”