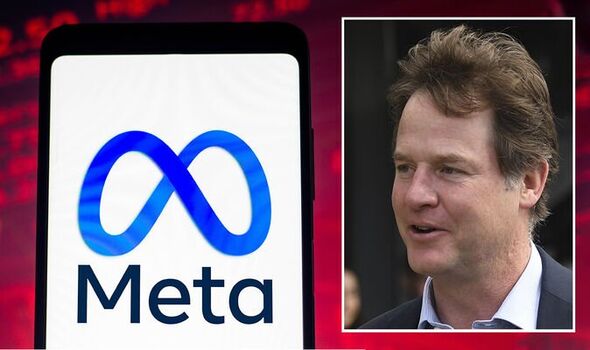 They fear the former deputy prime minister ‑ who has just been promoted to president of global affairs at the tech firm ‑ is being fed sensitive details about possible proposals to bring social media firms to heel. Facebook, along with Instagram and WhatsApp now comes under the parent umbrella brand Meta. It has strongly denied the claims.

A report yesterday said the alarm was raised when the former Lib Dem leader, 55, allegedly cited classified information in a Zoom call with Government officials in June 2020.

A newspaper last week referred to a “tech industry executive who has seen the proposals” about regulation.

Officials are said to be concerned that Sir Nick, whose salary is believed to have risen to £15million a year following his promotion, has kept in touch with Whitehall insiders from his time as deputy PM in David Cameron’s coalition government.

The hunt for the leak is expected to span the Treasury, Foreign Office and Department for Digital, Culture, Media and Sport.

A security source was yesterday quoted as saying: “We don’t know if Clegg himself is getting this information, or the company has other sources, but they seem to know what we are up to almost before we do.”

Meta is facing regulation following concerns about the amount of tax online giants pay and their publishing status. A Meta spokesperson said: “Any insinuation or suggestion that due to Nick Clegg’s previous role in government he is now seeking or soliciting documents from officials is absurd and false.

“We are not aware of any inquiry into this issue by the Government and that is a matter for them.

“As for the alleged content of a Zoom call involving Nick Clegg in June 2020, we have no idea what this is specifically referring to and would need more substantiated detail to respond in full.”

Facebook founder Mark Zuckerberg said Sir Nick’s new role would mean him becoming a “senior leader at the level of myself” with responsibility for “all policy matters”.

Some have already branded Sir Nick the “Master of the Metaverse”.

He has moved to a £7million house in Silicon Valley, with his wife Miriam and their three sons.

The stunning Californian property in “the most expensive postcode in America” has five bedrooms, six bathrooms, a swimming pool, outdoor hot tub and a “patio fireplace”.