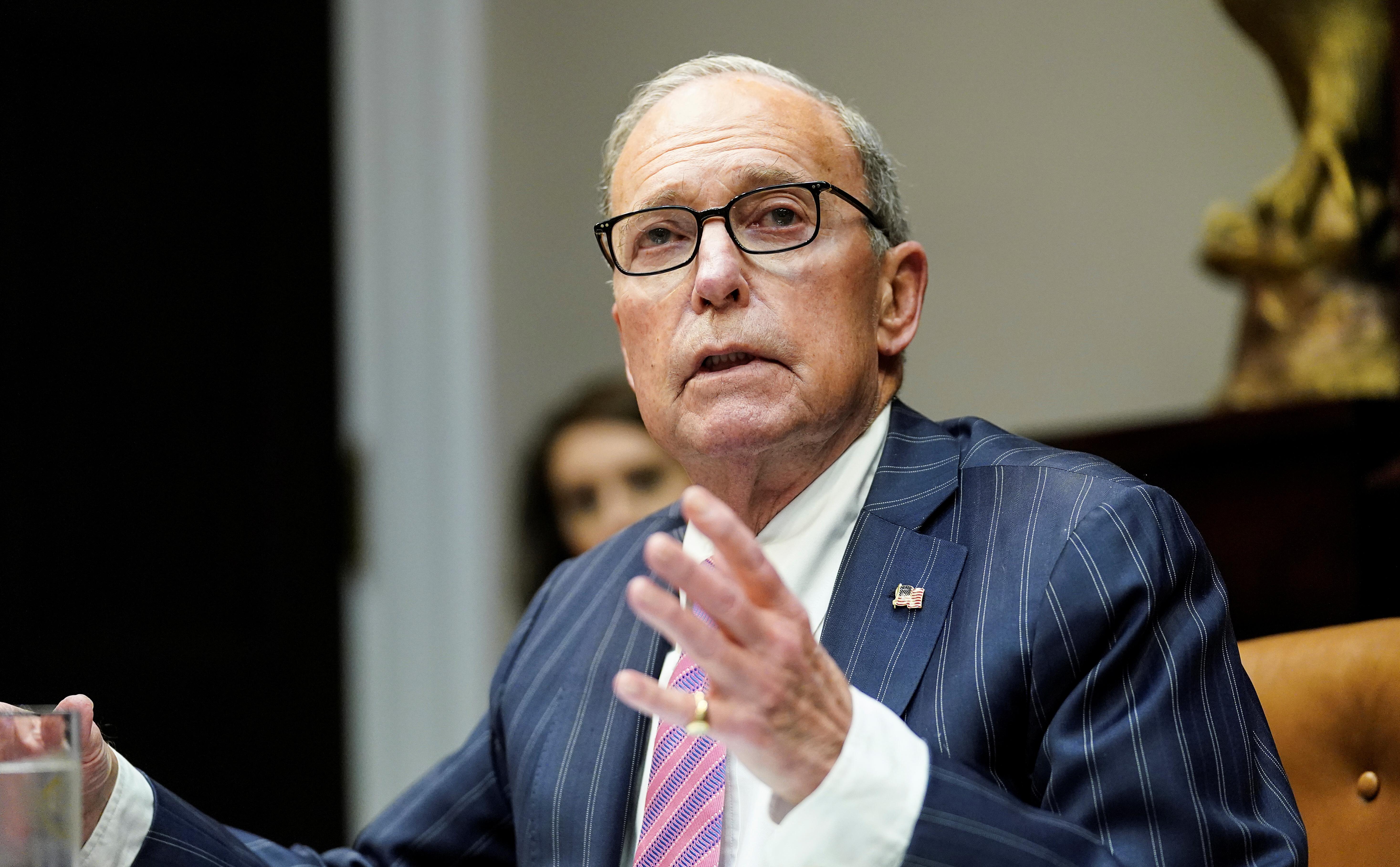 WASHINGTON (Reuters) – The White House has halted talks with Congress over any further coronavirus stimulus package as it awaits the impact U.S. state reopenings have on the economy this month, White House economic adviser Larry Kudlow told reporters on Friday.

Congress has already passed four major bills in the wake of the novel coronavirus outbreak, including three aimed at stabilizing the economy in the wake of record unemployment as most Americans sheltered in place the past two months.

Democrats, who control the House of Representatives, are pushing for a vote as soon as next week on another massive coronavirus-response bill that would include more money for state and local governments, coronavirus testing and the U.S. Postal Service.

Kudlow told reporters that formal talks with Congress have paused for May.

“Well we just had another big infusion,” Kudlow said with regard to why there was a pause in talks.

In a separate interview on Bloomberg Television, he said the Trump administration was making contingency plans for a second wave of potential novel coronavirus cases, including possible future activity shutdowns.

Public health officials have cautioned against a fast and widespread restart to economic activity, saying it could lead to a second spike in COVID-19, the illness caused by the virus that has already led to nearly 76,000 American deaths out of more than 1.26 million known infections.

The U.S. economy lost a staggering 20.5 million jobs in April as the unemployment rate surged to 14.7% last month, a Labor Department report on Friday showed.

“No one could look at today’s jobs report, the highest unemployment since the Great Depression, and say we should hit the pause button on further government action,” U.S. Senate Democratic leader Chuck Schumer said in a statement. “We need a big, bold approach now to support American workers and families.”