In a hard hitting report the Independent Business Network (IBN) chaired by John Longworth has challenged Boris Johnson and international trade secretary Liz Truss to create new gold standard trade deals and give African countries preferential treatment to win over the fastest growing markets in the world. The IBN report shows that the sub Saharan region, home to 18 of the world’s 50 fastest growing economies, offers huge economic growth for Britain if it can maximise its links through the Commonwealth and historic ties. The report notes that the region’s growing young population, booming economy and expanding consumer class offers mutual trade opportunities for an independent Britain.

However, the IBN has warned that aggressive neo colonialism by China threatens British prosperity and could prevent important trade deals.

On top of that it warns that the UK’s presence in the area is waning and now lags behind key competitor economies in the European Union.

According to the report, research by the WTO and UN Statistical Commission found that from 2000 to 2018 the UK’s percentage share of the total value of goods imported into the region plummeted from 7.05 per cent to 2.54 per cent.

Over the same period China has emerged as the dominant trading power in the region. The past two decades have seen China overtake the US as the prevailing trading power, with a percentage share of the total value of goods six times higher than that of the UK’s.

The report’s findings come in the wake of a key summit in Paris organised by Emmanuel Macron and attended by trade representatives of G7 countries to discuss financial support of African nations post-pandemic.

The report’s six recommendations to the government include a policy of prioritising the development of broader, deeper trading relationships across sub-Saharan Africa. 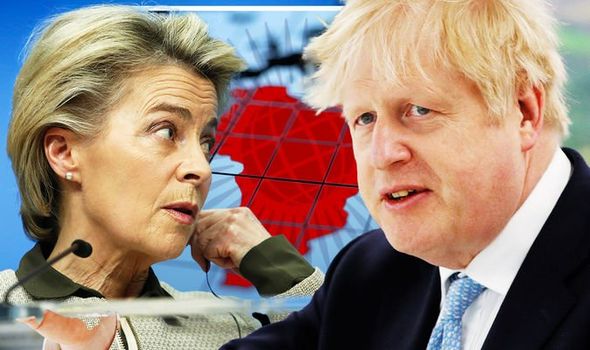 It suggests a rollover current EU policies for trade with sub-Saharan countries for a limited period of time in order to safeguard their favourable access to the UK market and to provide certainty for businesses, consumers, and investors.

It also calls for the establishment of a new preferential tariff regime designed to favour sub-Saharan African countries through eligibility rules.

On top of that the authors suggest that Britain must liberalise rules of origin to make them more flexible and favourable to economies in sub-Saharan African continent.

Finally, it says the UK must renovate its ‘aid for trade’ offer by trialling payment by results schemes; strike up new partnerships and invest heavily in sectors with the greatest potential for future growth (telecommunications and renewable energy); and further promote the City of London as the financing hub of choice for businesses and projects across sub-Saharan Africa. 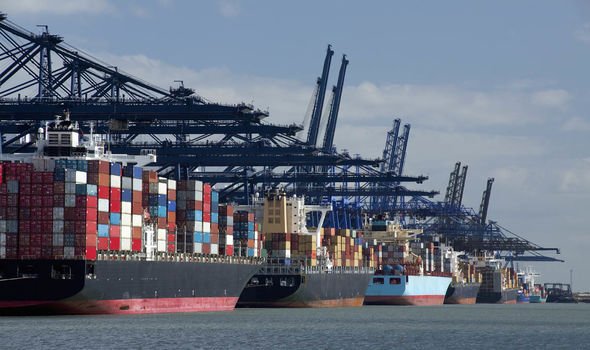 Mr Longworth said: “The UK’s withdrawal from the EU marks the start of a new era of trade agreements for our country. During this critical turning point, it is essential that the UK not only establishes trade relations with developed economies, but with emerging markets too. A region that cannot be overlooked is sub-Saharan Africa, which, in spite of China’s malign influence, still offers immense trading potential.

“This paper sets out the significant opportunity for the UK post-Brexit. It is imperative that the Government focus on developing stronger trading partners in sub-Saharan Africa. The consistent growth of their economies over the last decade shows the promise countries across the region, such as Botswana and Zambia, have to offer.

“To increase UK trade in the sub-Saharan region the British government needs to begin to address the Chinese problem. Their neo-colonial reign over sub-Saharan Africa has damaged the region’s competitiveness, created a wave of de-industrialisation, and generated excessive debt for countries in the region. It is concerning to see the consequences of China’s supreme control.

“To reduce China’s detrimental dominance throughout sub-Saharan Africa UK policy makers must introduce bolder policies and offer prosperous trade opportunities for countries throughout the region. While this is by no means an easy challenge, it is an exciting time that offers new opportunities on the horizon.”