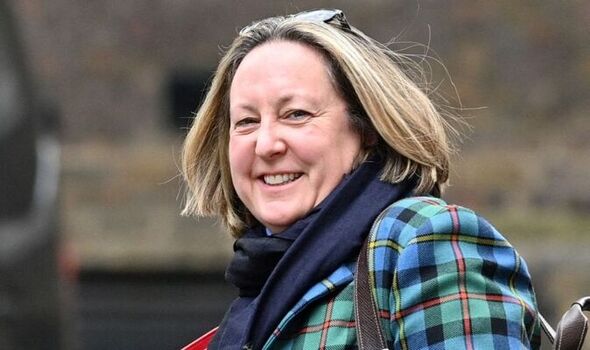 The UK yesterday won approval to enter final negotiations for joining the Trans-Pacific Partnership, a free trade zone embracing some of the fastest growing emerging markets.

International Trade Secretary Anne-Marie Trevelyan will fly to Indonesia, Japan and Singapore next week to discuss the UK’s application to join Australia, Canada, and nine other countries in the zero-tariff bloc.

Officials are optimistic that membership can be agreed by the end of the year in a deal that is expected to add an estimated £1.8billion a year to GDP.

Whitehall insiders say the UK could become the first new member of the bloc – officially the Comprehensive and Progressive Agreement for Trans-Pacific Partnership – since it was founded four years ago “within months”.

Ms Trevelyan yesterday said the grouping was “one of the largest and most exciting free-trading clubs in the world”.

“Today’s announcement is a major milestone for us joining this dynamic group of economies and means the finish line is in sight,” she said.

“If the application is successful, the UK can look forward to zero-tariff trade in most goods and services with countries with a total GDP of £8.4trillion.”

The UK is on course to become the 12th member of a trade zone that encompasses Australia, Brunei, Canada, Chile, Japan, Malaysia, Mexico, New Zealand, Peru, Singapore and Vietnam.

Officials in Japan, which currently holds the presidency of the bloc, announced the approval for the final round of negotiations in the early hours of yesterday morning.

A statement from the Japanese Cabinet Secretariat said: “Next steps are being coordinated among CPTPP members and with the UK.”

UK negotiators are expected to submit a market access offer within the next 30 days.

Britain began negotiations on joining the pact last June following the departure from the EU in 2020.

Officials at the Department for International Trade say 99.9 per cent of UK exports could be liable for zero tariffs on joining the partnership.

Confederation of British Industry President Lord Bilimoria said: “This marks a significant step towards the UK’s ambition to join one of the largest free trade agreements in the world. Global trade is pivotal for levelling up our regions, and this deal could unlock opportunities with countries contributing more than £100billion to our economy.

“It will also give the UK a chance to play a leading role in shaping standards.”

Officials estimate that it will boost opportunities for businesses throughout the UK with the most significant gains likely for manufacturers in the West Midlands, Scotland and Northern Ireland.

They also estimate an annual £53million boost to the Welsh economy, plus £45million for Northern Ireland and £163million for Scotland.

Meanwhile, Ms Trevelyan is stepping up her drive to strengthen trade links with the US, even though President Joe Biden has put talks about a deal on the backburner.

Trade Minister Penny Mordaunt has been touring US cities talking to leaders.