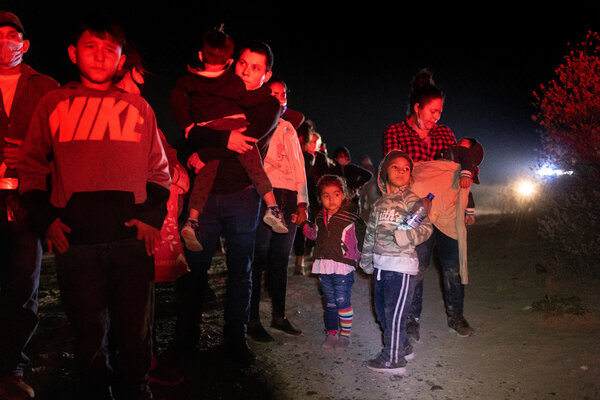 By Eileen Sullivan and Zolan Kanno-Youngs

WASHINGTON — The Biden administration is starting to see some success in its efforts to shelter thousands of children and teenagers at the southwestern border, with a fraction of the number of children still held in the jails run by the Border Patrol than there were a month ago.

And the length of time children are staying in border shelters has decreased as well, to an average of 28 hours in recent days from 133 hours a month ago. Federal law mandates that migrant children be transferred out of Border Patrol custody within 72 hours. Mr. Mayorkas said that as of Friday, there were as few as four children held there for more than that time.

“The progress that has been made is dramatic,” Mr. Mayorkas said. He credits much of the success to the emergency shelters the Federal Emergency Management Agency set up in vacant facilities throughout the United States, including in convention centers in Dallas and San Diego, an expo center in San Antonio, and a military site and a former camp for oil workers in Texas.

Mr. Mayorkas said additional department employees, including asylum officers, had been deployed to help the Department of Health and Human Services connect the children to family members in the country.

The task of moving migrant children from the detention facilities to the more suitable shelters managed by the Department of Health and Human Services has emerged as one of the early challenges of President Biden’s term. Because of a shortage of shelters, the Biden administration had not been able to move the children within the three-day time frame until recently.