WASHINGTON (Reuters) – A U.S. House of Representatives committee on Wednesday called on President Donald Trump’s administration to hand over details on any talks between his company and a federal agency over lease terms for a Trump-branded hotel near the White House. 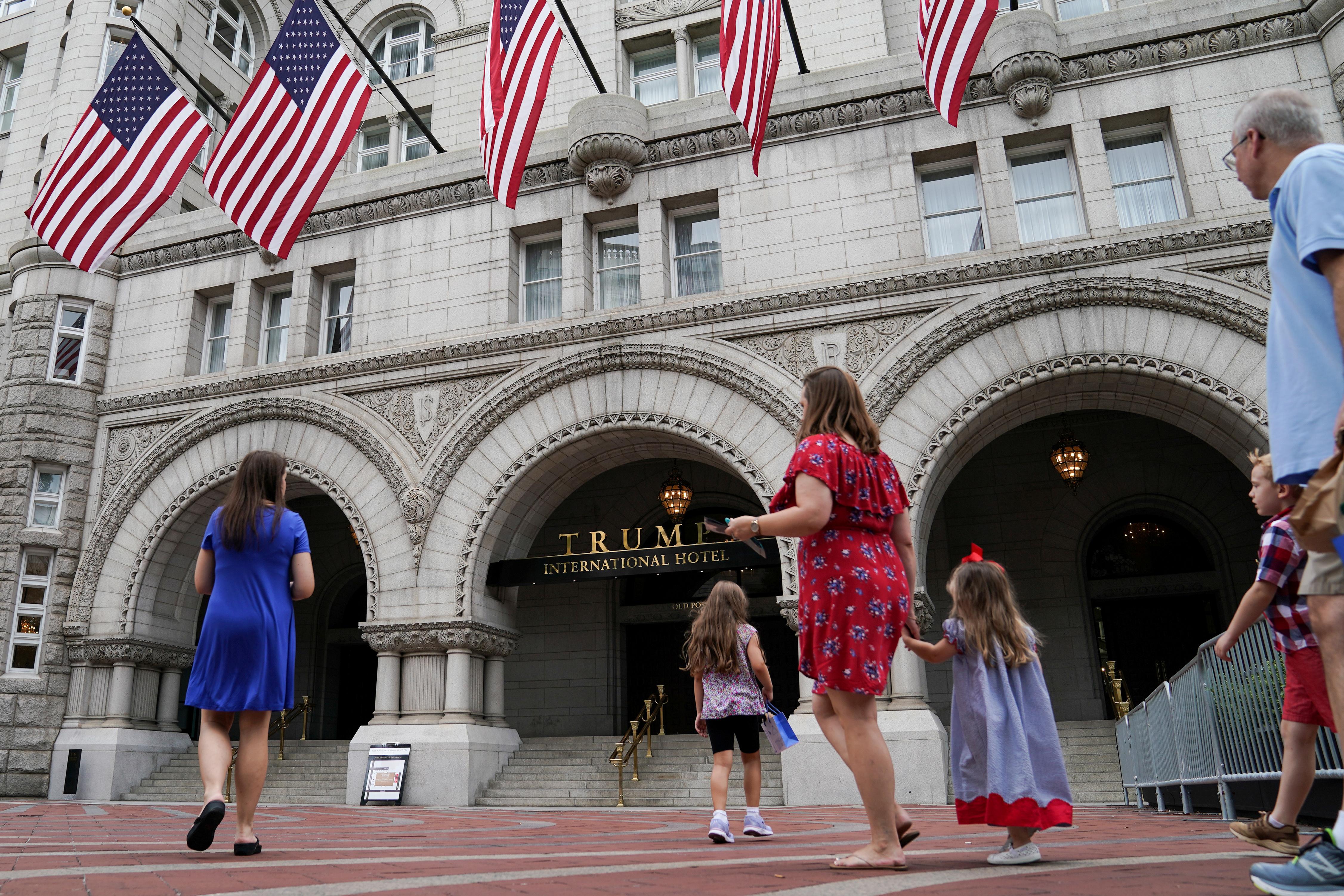 The Democratic-led House Oversight and Reform Committee said it made the request to the General Services Administration (GSA), which oversees leases on federally owned property, in response to a New York Times report that the Trump Organization real estate company had asked about changing its lease terms for the Trump International Hotel due to the coronavirus pandemic.

The Trump Organization runs the hotel under a lease on the federally owned Old Post Office Building in Washington, just a few blocks from the White House.

The Times cited a statement from Eric Trump, the Republican president’s son, that the company was asking the GSA that it be given any relief that the government would offer other tenants. Trump maintained ownership of his global business empire after becoming president in 2017 but said he handed off control to his two eldest sons.

“This report highlights the disturbing conflicts of interest presented when President Trump maintains private ownership interests that place him on both sides of the federal government’s dealings,” Carolyn Maloney, the committee’s chairwoman, and Gerald Connolly, chairman of a key subcommittee, wrote in a letter to the GSA.

The committee demanded that the GSA turn over all documents and communications between the agency and any Trump Organization employee or representative related to any effort to change the lease for the hotel, a popular Washington gathering spot for supporters of the president.

Maloney and Connolly said that between 2016 and 2018 more than a dozen committee members had sent multiple letters to the GSA requesting documents related to the Trump hotel.

The two lawmakers said that while GSA produced around 15,000 pages of documents, most concerned routine hotel administration activities such as fire alarm testing, contractor repair work and art installations.

The White House, the GSA and the Trump Organization did not immediately respond to requests for comment. Trump and his supporters in the past have called Democratic-led investigations of his businesses politically motivated.

A federal appeals court in February threw out a lawsuit brought by Democratic lawmakers that accused Trump of violating anti-corruption provisions in the U.S. Constitution with his business dealings as president including the hotel. He still faces other litigation accusing him of violating the Constitution’s rarely tested “emoluments” clauses that bar presidents from taking gifts or payments from foreign and state governments.