Liz Truss has addressed a crowd of Tory party members in Birmingham to advocate her Government’s mini-budget plan for economic growth. The Prime Minister stood firm on the remaining proposed Conservative tax cuts in wake of a dramatic U-turn on plans to slash the highest band of UK income tax. Senior economist Julian Jessop, acclaimed as the mastermind behind the so-called Trussonomics approach, argued Ms Truss was able to demonstrate “substance” in her speech. The Prime Minister’s top independent economic advisor explained the conference speech served to outline the “three big principles” of her growth plan which has prompted threats of an internal revolt in the Tory party. 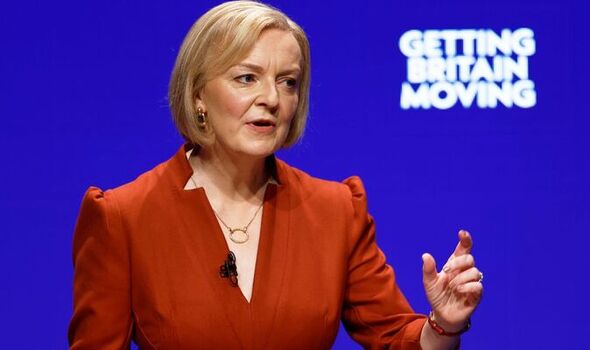 Speaking on Times Radio, Julian Jessop said: “One thing that did impress me was that there was actually quite a bit of substance, which I wasn’t expecting, on the economics side – restating the three big principles of what some people call Trussonomics.

“Tax cuts to boost the supply side of the economy, getting the fiscal and monetary policy mix right, in particular getting the debt to national income burden down over time.

“Also, all the stuff about structural reforms, which I think we haven’t talked about enough because we have been distracted by the abolition and then the non-abolition of the 45p rate.

“The substance behind it was actually pretty good and I’m looking forward to seeing that presented more clearly and that resonating a bit more with the public.”