The Equalities minister said the discrimination debate should not focus solely on race, religion, sexual orientation and disability. Discussion had too often been dominated by “fashion” and not “facts”, she said. The government is launching an Equality Data Programme to gather information on people’s backgrounds, social mobility and inequality between regions.

Ms Truss said the state’s agenda has been too narrow and ignored other crucial ways in which the country is not fair.

Setting out a new “Conservative values” approach in a speech at the Centre for Policy Studies think tank she dismissed quotas, targets, and unconscious bias training as “tools of the Left” that “do nothing to fix systems”.

Instead the government will concentrate on promoting “freedom, choice, opportunity, individual humanity and dignity,” she said.

“To make our society more equal, we need the equality debate to be led by facts, not by fashion,” Ms Truss said.

“Time and time again, we see politicians making their own evidence-free judgements.”

The Equalities and Human Rights Commission lists protected characteristics – over which it is illegal to discriminate – as age, disability, gender reassignment, marriage and civil partnership, pregnancy and maternity, race, religion or belief, sex, and sexual orientation. 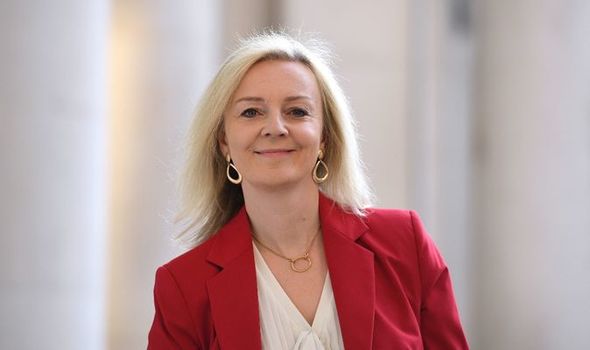 Ms Truss argued that data based solely on these characteristics is not fit for purpose when it comes to setting equality policy.

The equalities minister said: “Underlying this approach is the soft bigotry of low expectations, where people from certain backgrounds are never expected or considered able enough to reach high standards.

“This diminishes individual humanity and dignity, because when you choose on the basis of protected characteristics, you end up excluding people.”

Ms Truss added that it was “appalling” that pregnant women suffer discrimination at work”, that women may “be encouraged to dress in a certain way to get ahead”, and that “some employers overlook the capabilities of people with disabilities”.

Debates on equality must be “rooted” in “real concerns people face”, she said, adding: “It is our duty to deliver, because if right-thinking people do not lead the fight for fairness, then it will be led by those whose ideas do not work.”

Labour’s shadow equalities minister Marsha de Cordova said: “This is gratuitous provocation from a government that consistently refuses to face up to its responsibilities and the widening inequality it has caused.”

The government announced on Wednesday that its report into racial inequality will be delayed until next year, citing problems caused by the coronavirus pandemic.

It is looking at health, education and criminal justice, but also “wider inequalities” such as issues faced by working-class white boys.

Tory MP Steve Baker, Chair of the advisory board for Conservatives Against Racism for Equality (CARFE), said: “I welcome Liz Truss pursuing a new fight for fairness as a moral and practical mission, achieved through Conservative methods, challenging what is unfair and unjust today.

“At CARFE, we are working to develop a liberal and Conservative language of equality, inclusion and justice, and striving for a narrative which is one of humility, empathy and warmth.

“As we build back better from this Covid crisis, we must do so with the ambition of our post-war predecessors. We must build a more representative country, with more opportunity, prosperity and racial equality for all.”