US president says he would have ‘moral responsibility’ to assist hard-hit Iran despite devastating American sanctions.

US President Donald Trump said he would have a “moral responsibility” to help Iran in its fight against the coronavirus pandemic if leaders of the country asked for assistance.

However, he said, they had not yet asked.

“Well they haven’t even asked us to do that,” said Trump, when asked by Al Jazeera correspondent Kimberly Halkett if the United States would consider easing sanctions on Iran in light of the global outbreak.

“If they want to meet, we’d love to meet and we’d settle the whole thing out,” he added.

Since 2018, the Trump administration has imposed a policy of “maximum pressure” sanctions against the Tehran after Washington withdrew from the landmark nuclear agreement. Under the deal – reached between Iran, the US, the European Union, China, France, Russia, the United Kingdom and Germany in 2015 – Tehran promised to curtail its nuclear ambitions in exchange for sanctions relief.

Over the last month, as the virus spread rapidly in Iran, the US repeatedly tightened sanctions designed to choke off Tehran’s oil exports.

Last week, the Trump administration imposed new sanctions on 20 Iranian people and companies accused of supporting a Shia militia in Iraq, which is believed to be responsible for attacks on bases where US forces are located.

Iran has been particularly hit hard by the outbreak, which has left governments across the world reeling with more than one million people infected globally and nearly 53,000 deaths.

Tehran has reported nearly 50,500 infections in the country of 81 million, with nearly 3,300 deaths, including several members of the government.

Iran’s Supreme Leader Ayatollah Ali Khamenei has refused American assistance to fight coronavirus, suggesting it could be man-made by the US government. But Iranian officials have demanded the end of crippling American sanctions that have devastated Iran’s economy.

The United Nations has repeatedly urged countries to alter their sanctions against several countries in light of the pandemic. Secretary-General Antonio Guterres, in a letter to G20 economic powers in March, said the restrictions should be waived “to ensure access to food, essential health supplies, and COVID-19 medical support”.

UN human rights chief Michelle Bachelet called for any sanctions imposed on countries such as Iran to be “urgently re-evaluated” to avoid pushing strained medical systems to collapse.

Biden said the US had a moral obligation to lift the sanctions, and noted that despite humanitarian exceptions, many countries and aid organisations remain leery of running afoul of the US.

When asked if he felt such a moral obligation, Trump said: “No one’s even asked me. I have a moral responsibility to help them if they ask. If they needed help, I would certainly consider different things.”

Despite the increased calls for sanctions relief in recent weeks, Trump has continued to ramp up attacks on Iran, claiming on Wednesday that its proxies were planning a “sneak attack” on US targets in neighbouring Iraq. He tweeted that Tehran would pay a “very heavy price” for any such action, but offered no details.

Trump, in his statements on Thursday, contended the people of Iran “love America, they love what we stand for”.

He added: “We’re not looking for government takeover, government change. This country’s been through that many times. That doesn’t work.”

The comments come days after Secretary of State Mike Pompeo initially raised the prospect of easing sanctions on Iran and other nations to help fight the pandemic, without offering any concrete plans to do so.

Pompeo’s statements, however, were met with quick rebuke from Iranian President Hassan Rouhani.

“The United States lost the best opportunity to lift sanctions,” Rouhani said. “It was a great opportunity for Americans to apologise … and to lift the unjust and unfair sanctions on Iran.” 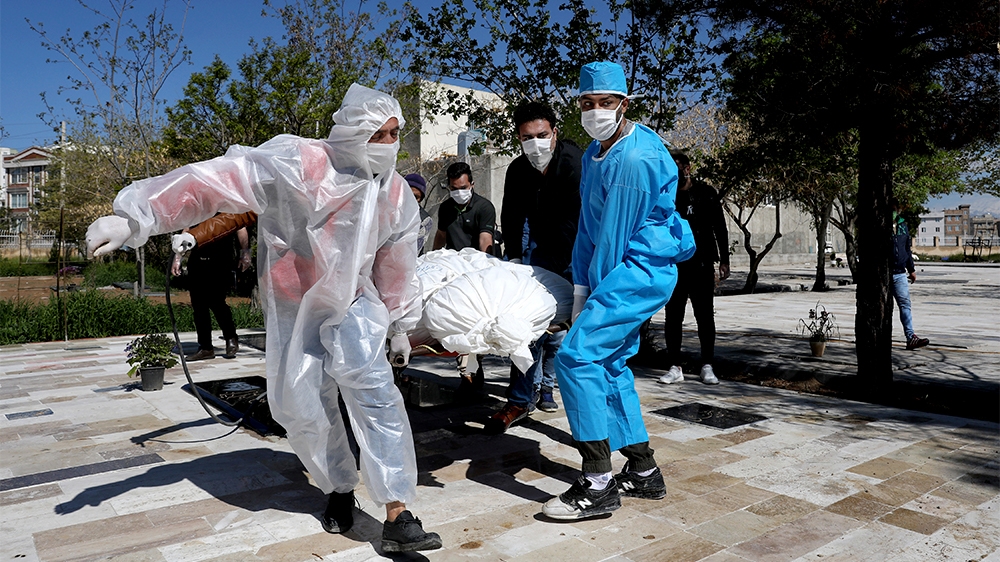 “Americans could have used this opportunity and told the Iranian nation that they are not against them,” Rouhani said. “Their hostility [towards Iranians] is obvious.”

Despite previous comments from Iranian authorities, Rouhani also denied that sanctions had hampered Tehran’s response to the outbreak.

Several countries, including the United Arab Emirates, China, the UK, France, Qatar and Turkey, have sent shipments of medical supplies, including gloves and surgical masks, to Iran.

Meanwhile, in the first transaction conducted under a trade mechanism set up to barter humanitarian goods and food after Washington’s withdrawal from the nuclear deal, Germany said on Tuesday France, Germany, and the UK had exported medical goods to Iran. 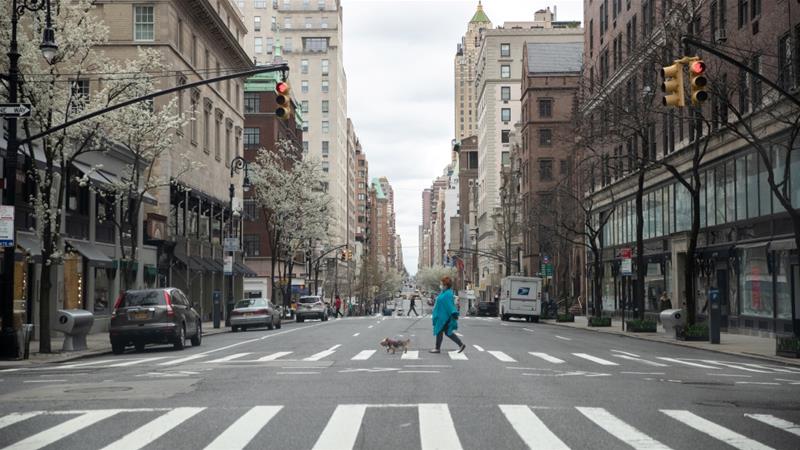 Can the United States control its coronavirus outbreak?