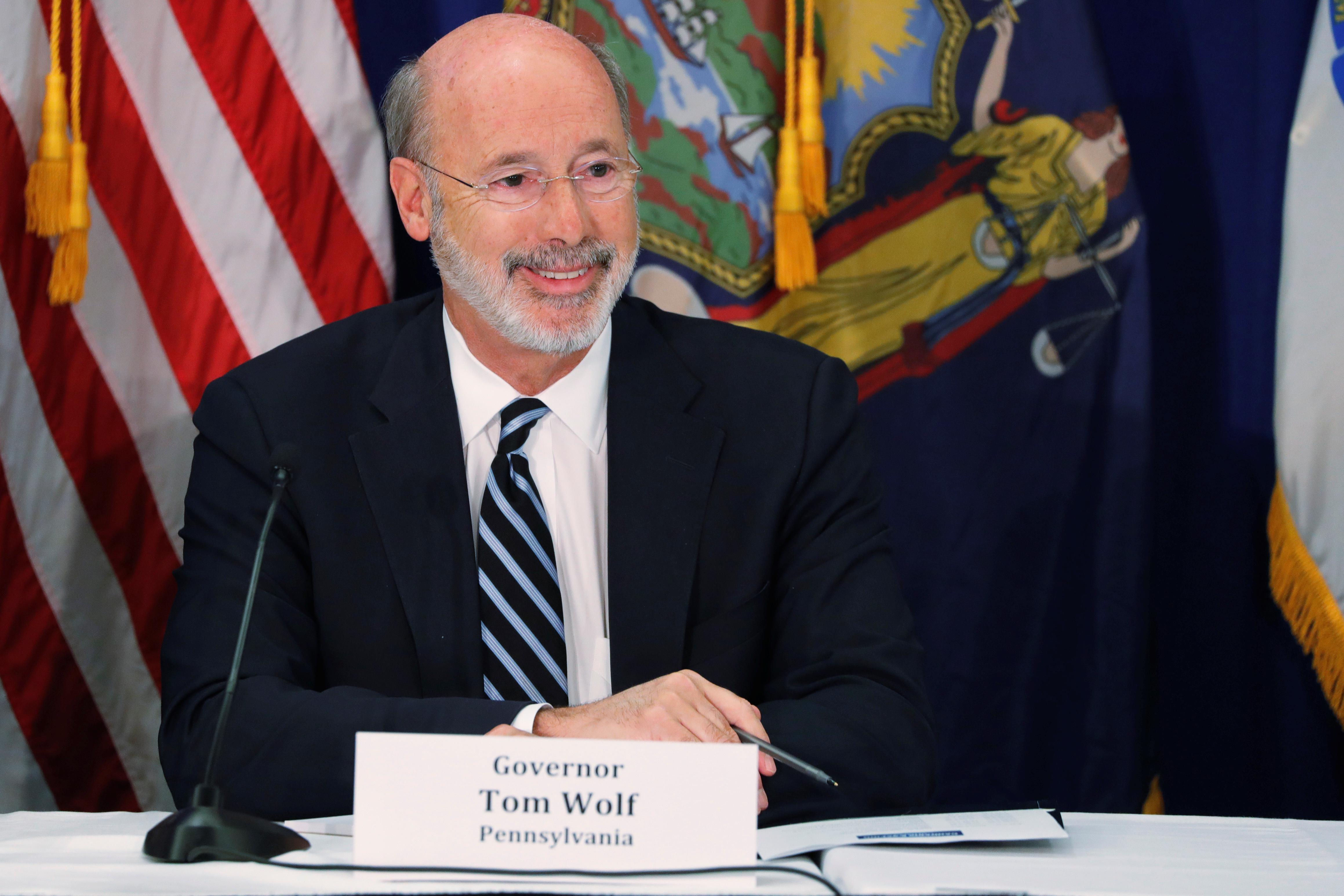 (Reuters) – President Donald Trump called on Pennsylvania Governor Tom Wolf to reopen the state on Thursday, telling a rally of supporters the Democrat would wait until the day after the Nov. 3 election to do so.