The ex-Chancellor has accused Liz Truss of showing off her “true Remainer colours” as the two candidates argue about the best way to help British farmers. Truss has promised to allow thousands of workers into Britain to take up seasonal jobs as farmers face workers shortage.

Ms Truss spent Monday campaigning in Devon in an attempt to win over Conservative farmers.

She promised farmers she would create the “agricultural industry of the future”.

The Foreign Secretary vowed to help farmers who are struggling with worker shortages to expand the seasonal workers’ visa scheme.

Lizz Truss said: “I understand the challenges faced by farmers and they can trust me to deliver the changes they need.” 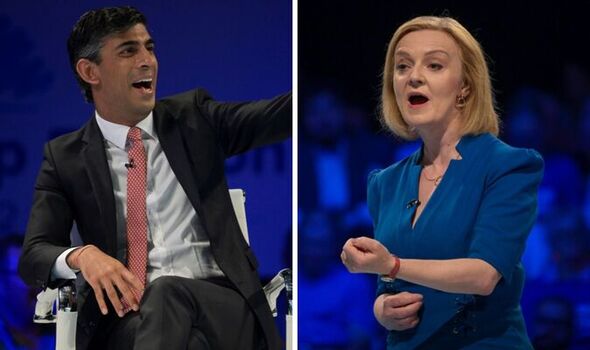 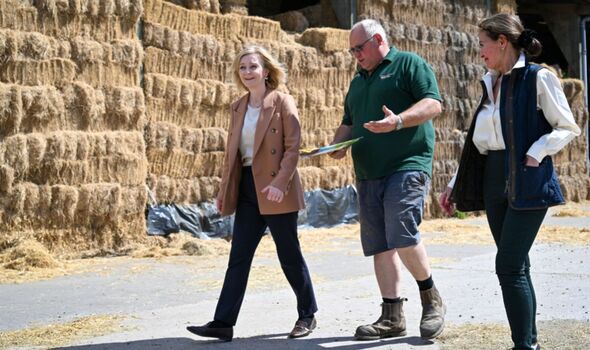 A spokesperson for Rishi Sunak said: “Liz Truss’s announcement does nothing for farmers and food.

“She blames Brexit and fails to see the opportunities from it to help farmers and food production, has no plan to tackle inflation, which has hit input costs hard, and neglects to mention trade deals because of her record in this area.

The true Remainer colours are starting to show.”

Ms Truss was against Britain leaving Europe in the 2016 Brexit referendum but has since changed her position.

However, in an interview with The Telegraph in May, she admitted: “If I could go back to 2016, I would vote to leave.”

The current seasonal worker visa scheme is due to expire in 2024 and currently allows foreign workers to come to Britain and work agricultural jobs for six months.

The scheme allows around 40,000 workers to travel to Britain and work jobs such as fruit picking and farm handling.

Truss argues that farmers are concerned about worker shortages for the upcoming food harvests and that’s why she supports extending the visa.

She said: “The pandemic and cost of living crisis have shown it is more vital than ever for us to ensure we have a high-quality and affordable supply of British food.”

Sunak has rejected the proposal and claimed he would “keep labour requirements in the sector under review, and move ahead with automation in the sector to ease pressures on labour supply”. 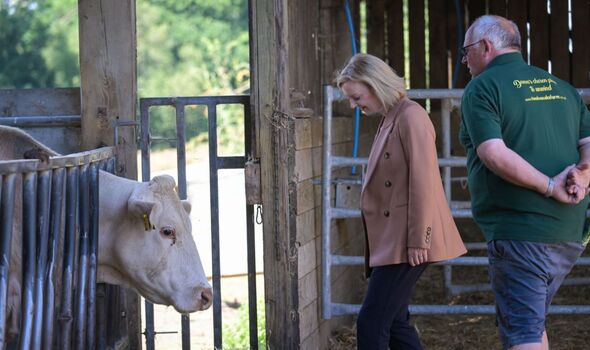 There are only five weeks to go until Conservative Party members have a final vote to determine who will be Britain’s next Prime Minister.

Either former Chancellor Rishi Sunak or Foreign Secretary Liz Truss will be voted the next leader of the Conservative Party after Boris Johnson resigned on July 7.

The winner of the Conservative leadership ballot will be announced on Monday 5 September.