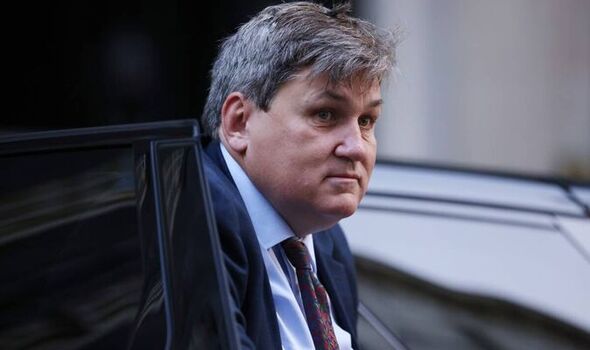 Kit Malthouse, who served as Education Secretary under former Prime Minister Liz Truss, said he wants the law changed after watching relatives suffer. In an interview with GB News to be broadcast tonight, he said: “There was a member of my extended family, who died many years ago of multiple sclerosis, in horrible circumstances.

More closely, there was a death in my wife’s family from breast cancer.

“Both of which reinforced in me the idea that, you know, if I were to face – if anyone were to face – those horrible circumstances, I’d at least like the choice.”

A change in the law would probably involve allowing doctors to prescribe life-ending drugs for terminally ill people, which the patient would then take themselves.

Supporters of assisted dying also argue that there would be legal safeguards in place, to ensure the patient was mentally competent to make their own decisions.

Mr Malthouse said making assisted dying legal would provide peace of mind for people with terminal diseases even if they chose not to take up the option, because it would reduce the fear of suffering in the final stages of their life.

He said: “The vast majority of people who have a right to assisted dying don’t actually use it.”

Mr Malthouse also spoke about his “brutal” sacking by Prime Minister Rishi Sunak after just 49 days in the education role, and said he refused to take an alternative government job partly because of his opposition to Mr Sunak’s tax-raising plans.

He said: “It is a brutal game. I mean, look, he was very polite about it, and I was offered another position, but it wasn’t something that I wanted to do.

“And I don’t think it’s any secret that over the previous year there had been a kind of divergence of view, should we say, about economic policy.”

He said Chancellor Jeremy Hunt’s recent Autumn statement was a “difficult budget for somebody like me, who spent their entire political existence dedicated to low tax.”

The MP said: “My total philosophy was about leaving as much money as possible in the pockets of the people that we served, so they can make their own choices.”