Defence Secretary Ben Wallace is the clear favourite among party members with former Chancellor Rishi Sunak his closest competitor. Prominent Leave backers Suella Braverman and Steve Baker were among the first out of the blocks to declare they are considering running for the top job. 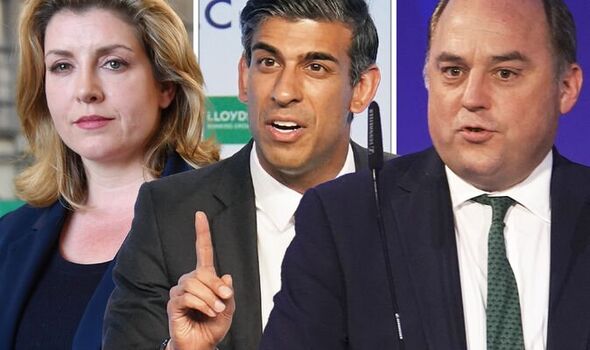 But the party’s big beasts are expected to start declaring their positions swiftly so they can sign up supporters to their campaigns.

One Tory MP insisted the next candidate must be “brave, bright and on the right” and said there was no chance a Remainer would win the support of the grassroots.

As the unofficial contest began, tensions between the party’s factions quickly erupted.

Brexit Opportunities Minister Jacob Rees-Mogg, who has remained loyal to the Prime Minister, lashed out at Mr Sunak, one of the key figures in Mr Johnson’s downfall. He said the former Chancellor had not been “successful” during his time in the Treasury.

Mr Rees-Mogg added: “He was a high tax Chancellor, and he was a Chancellor who was not alert to the inflationary problem.

“We are facing internationally the greatest crisis in relation to inflation and I’m afraid the Treasury has not been tackling that properly.”

Mr Sunak’s decision to quit on Tuesday and his decision to impose tax hikes as well as anger over his family’s tax affairs have pushed him down the popularity chart with MPs and the party’s membership.

But his early and committed support for Brexit and track record during Covid mean he is still a strong contender.

Backbencher Tom Tugendhat is considering standing. The chairman of the Commons Foreign Affairs Committee, told Sky News he has been in discussions with allies to determine whether he has “got the numbers” to mount a challenge.

“That’s what I’m talking to friends about now. It’s not a secret that I’ve been thinking about this and I’ve been talking to people about the sort of things the country needs.”

Attorney General Suella Braverman revealed her leadership ambitions on Wednesday before the Premier announced he was going. She said it would be the “greatest honour” to lead the country.

Mr Wallace secured 13 per cent of support, Penny Mordaunt 12 per cent, Mr Sunak 10 per cent and Liz Truss eight per cent in the YouGov research.

Mr Wallace, a friend of Mr Johnson’s, was clear favourite in head-to-heads with the other potential candidates. But he refused to say whether he plans to enter the race when asked during a military visit yesterday afternoon.

Mr Wallace, who served in the Scots Guards, was a key voice in the UK’s response to the invasion of Ukraine and this increased exposure could assist any leadership bid.

Mr Sunak was his closest competitor but the Defence Secretary saw him off 51 per cent to 30 per cent in a direct comparison. Trade minister Ms Mordaunt, who was UK’s first female defence secretary and played a prominent role in the Vote to Leave campaign, is said to have a team ready to go.

Ms Truss, who has made little secret of her leadership ambitions, was last night jetting back to the UK after cutting short a visit to Bali and is expected to confirm her candidacy.

Tory MP Alec Shelbrooke announced he will be backing the Foreign Secretary to be the next PM. Sajid Javid, who triggered the mass exodus from government by quitting on Tuesday, and Transport Secretary Grant Shapps are both considering a tilt. Nadhim Zahawi, who took the job of Chancellor on Tuesday but by Wednesday was demanding Mr Johnson resign, is tipped to run.

Former health secretary Jeremy Hunt, who went head to head last time round but lost out to Mr Johnson, has been clear he is considering fighting again.

He only secured a third of the grassroots vote in 2019 and his staunch Remainer background is likely to remain a hindrance.But a number of high-profile figures have ruled themselves out, including Deputy Prime Minister Dominic Raab.

The Justice Secretary, who ran last time, stood in for Mr Johnson when he was in hospital with Covid during the pandemic so has experienced the pressures of the job first hand.

Conservative MP Jack Lopresti said: “Boris Johnson’s place in history is assured. He led our great country out of the EU to freedom, steered us through a terrible global pandemic and demonstrated to the world his fantastic leadership in support of the Ukrainian people in their fight for liberty. Thank you for your service Sir!

“The next Prime Minister has to unite the party and the country, be able to deal with the challenges both here and internationally. He or she then has to move our party forward and win us the next election.”

Tory Tom Hunt said he is yet to decide but suggested anyone who backed Remain was unlikely to persuade him. He said: “Immigration is a big issue. I want someone with a robust plan for dealing with small boats.”

Ex-Brexit minister David Jones added: “It must be someone who is committed to completing Brexit.”

The Defence Secretary, former soldier and father of three, 52, is currently favourite to lead the party and country.

Thrust into the spotlight after Russia’s invasion of Ukraine, his stock has risen – despite being tricked by pranksters claiming to be Ukrainian PM Denys Shmyhal. 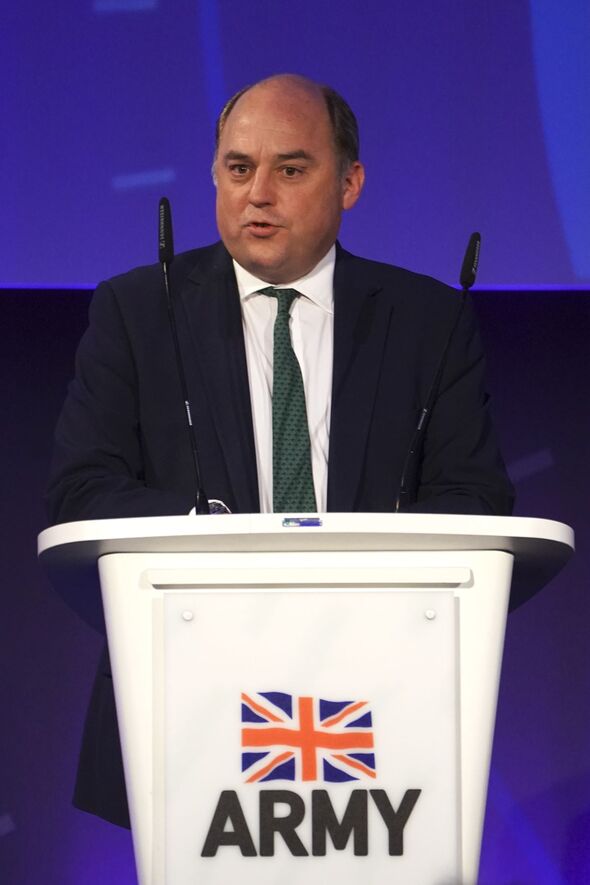 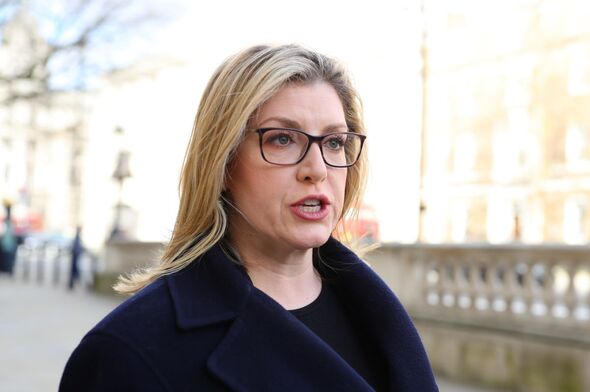 Unknown before his surprise elevation to Chancellor in 2020, Mr Sunak, 42, won Tory voters’ hearts and minds in the pandemic.

But support plummeted over the cost-of-living crisis and his wife’s tax status.

The father of two and architect of the £80billion Covid furlough scheme quit as Chancellor on Tuesday. 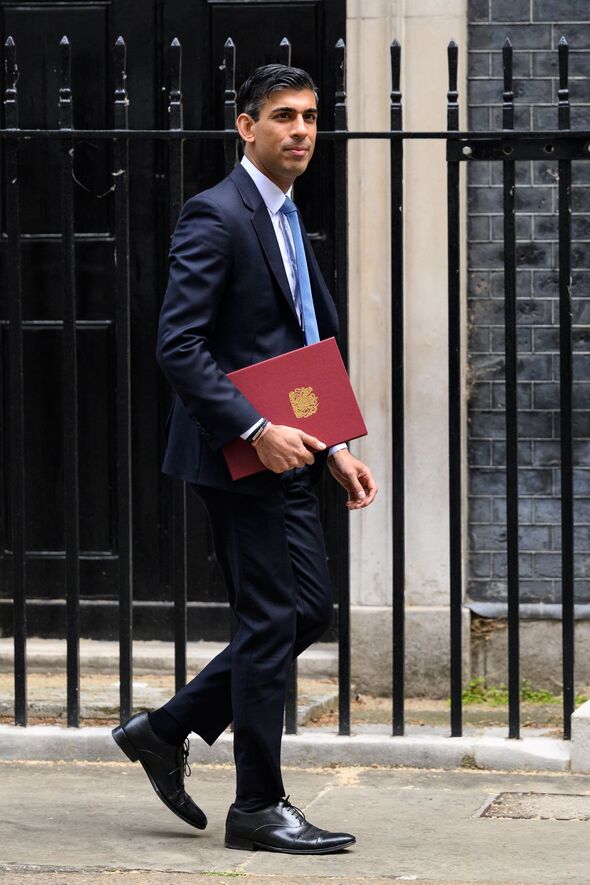 The Foreign Secretary, 46, harbours a long-held ambition to be Prime Minister. The former International Trade Secretary has been compared to Margaret Thatcher for her iron-willed approach to thrashing out deals. She voted Remain but in 2017 publicly declared her change of heart and said she would back Brexit if another vote took place. 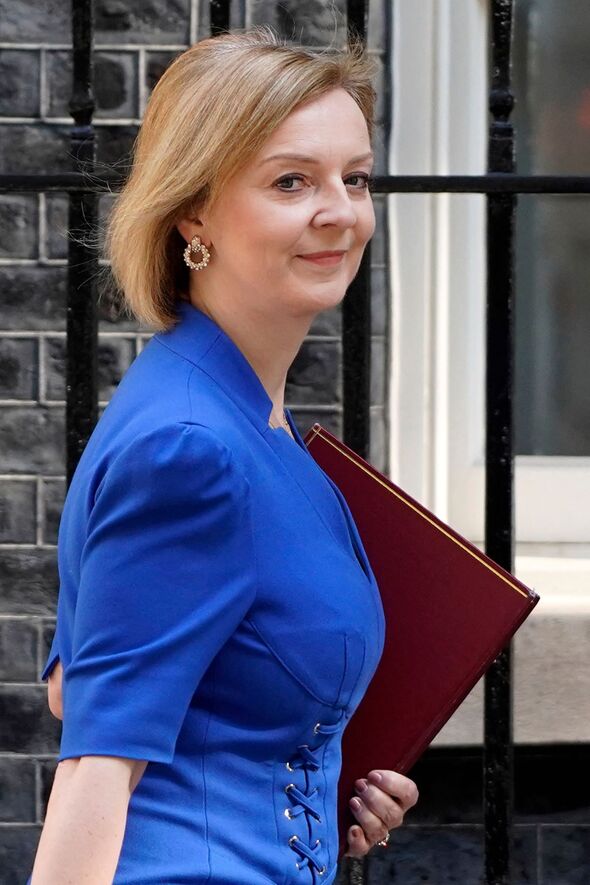 Mr Javid, 52, twice quit Mr Johnson’s Government, once as Chancellor and on Tuesday as Health Secretary. He had a tilt at the leadership in 2016 and 2019.

The son of an immigrant bus driver is called one of the most “Thatcherite” of Tory MPs. 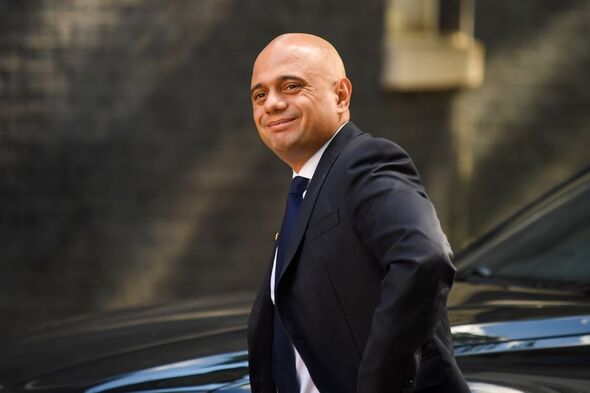 Unable to speak a word of English, the father of three, 55, fled Saddam Hussein’s Iraq with his family in 1978, when he was 11.

He was made Chancellor by Mr Johnson on Tuesday night, but less than 48 hours later, demanded that the PM quit. 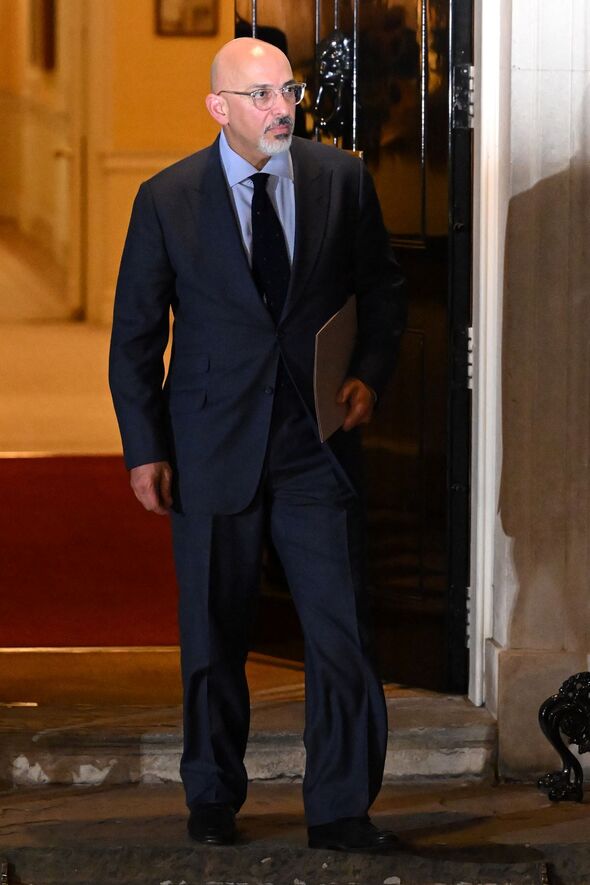 The former Foreign, Culture and Health Secretary has been a vocal critic of Government Covid policy.

He was the longest serving Health Secretary until replaced by Matt Hancock, but was widely criticised for failing in his 2015 pledge to deliver 5,000 more GPs by 2020. 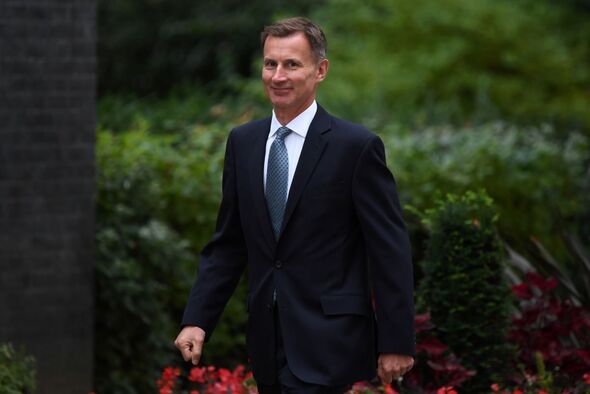 The Levelling Up Secretary, 54, was unceremoniously sacked on Tuesday night – widely seen as revenge for his bid to torpedo Mr Johnson’s 2016 leadership run.

He is seen as one of the biggest and brightest brains in the Tory Party, with a forensic eye for detail. 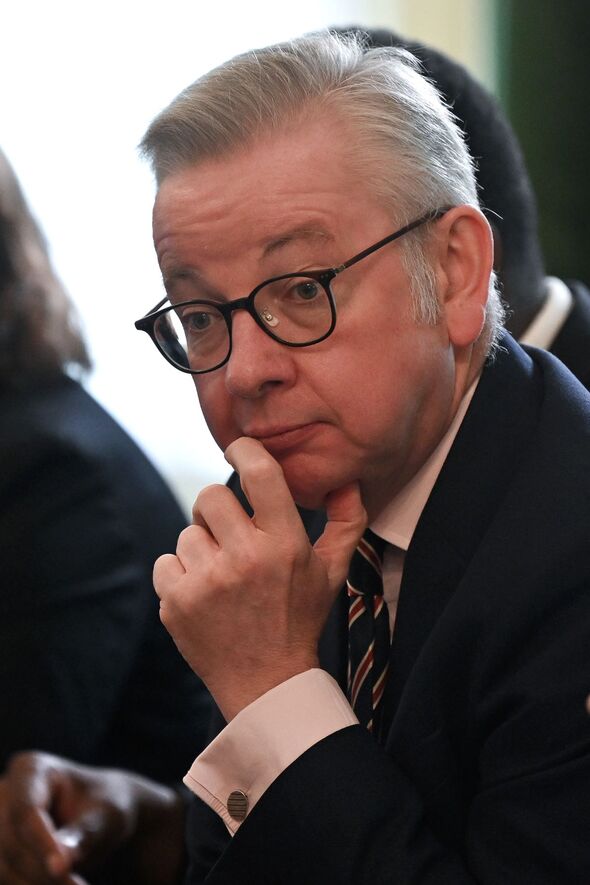 Ms Braverman, 42, was the first minister to publicly state she would go for the leadership – before Mr Johnson had even resigned.

The Attorney General was a commercial litigation, judicial review, immigration and planning law expert before becoming an MP. 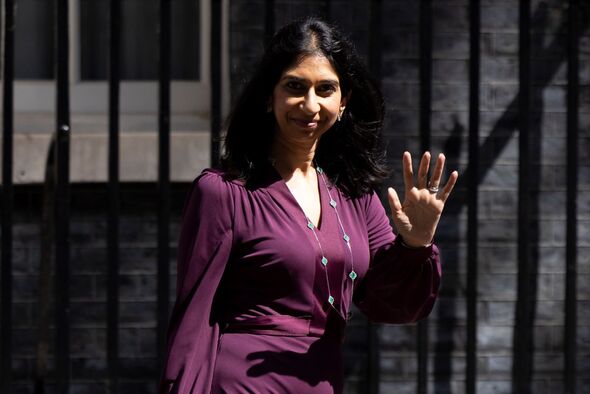 The arch-Brexiteer, 51, has touted himself as the stability candidate to “deliver on (the Conservative) mandate and manifesto”.

The former RAF engineer, consultant and bank worker chaired the anti-EU European Research Group. He was a consistent rebel throughout Mr Johnson’s premiership and is seen as a rank outsider for the leadership. 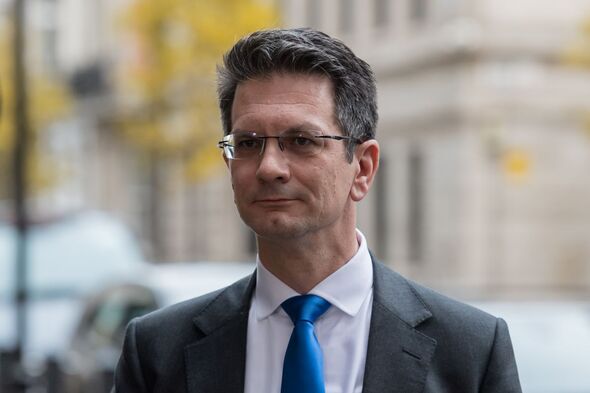 The Transport Secretary, 53, is another outsider. On entering Parliament in 2005, he caused controversy when it was claimed he used pseudonyms Michael Green, Corinne Stockheath and Sebastian Fox for second jobs. He was diagnosed with Hodgkin’s lymphoma in 1999, but made a full recovery. 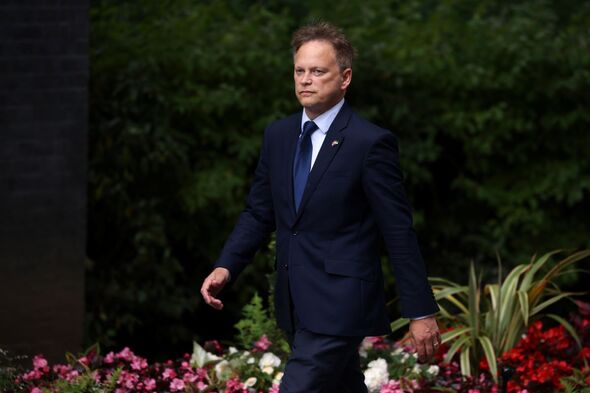 The foreign affairs committee chairman told Sky News he has been in discussions with allies to determine whether he has “got the numbers” to mount a challenge.

“That’s what I’m talking to friends about now and we’ll see what friends say. It’s not a secret that I’ve been thinking about this and I’ve been talking to people about the sort of things the country needs.” 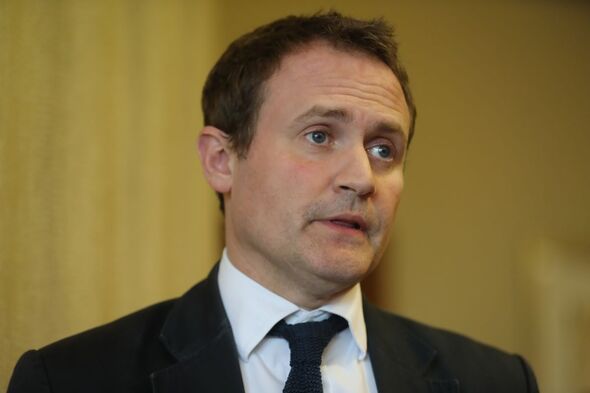