Conservative hopefuls Liz Truss and Rishi Sunak are running neck and neck in a tight race to become the next leader of the party and take Boris Johnson’s place at the helm of the country. According to a snap Opinium poll, candidates have failed to make any significant wins, with Mr Sunak slightly ahead of Ms Truss with 39 percent against 38 percent for his female rival. The two contenders again engaged in bickering over tax cuts in Monday’s TV debate in a repeat of the last TV debate on ITV News.

Speaking on LBC, he said: “Neither of them has actually been elected Prime Minister yet and I am already thoroughly bored of both administrations.

“You know, I think that’s sort of what is descending into.

“Because ultimately what is boiling down to is two candidates who don’t really know what they’re going to do when they get into power.” 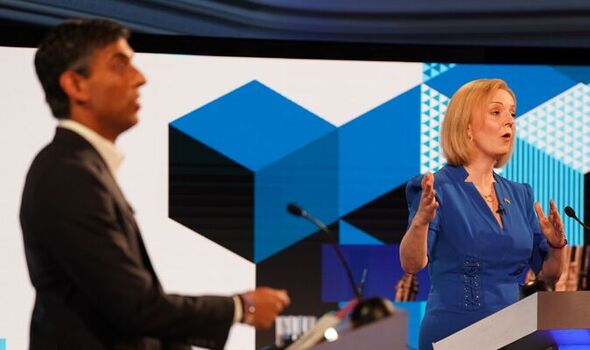 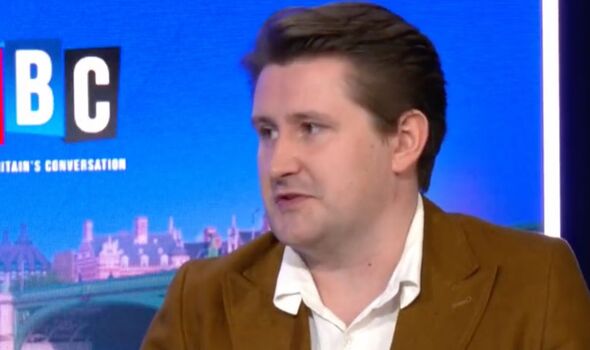 “Another thing is Liz Truss has got a lot of ideas about what she’s going to d but realistically, she has infinitely less experience – certainly when it comes to the financial side – than Rishi Sunak,” Mr Spence noted.

“It’s very easy to sort of raft around the globe, signing trade deals that are basically taken from somebody else with a few little twists and turns here and there.”

Liz Truss and Rishi Sunak faced each other during an hour-long live TV debate from Stoke-on-Trent. While Mr Sunak appeared as the winner, a snap poll by Opinium finds Ms Truss has won the debate by a margin of 47 percent to 38 percent.

In a clash on tax cuts, Mr Sunak described Ms Truss’ plan as “not responsible”, “immoral”, and “not Conservative”. He has made clear that tax cuts cannot happen until the Autumn of next year to avoid fuelling inflation. 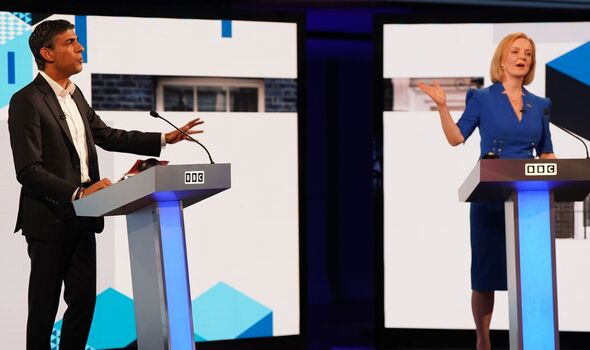 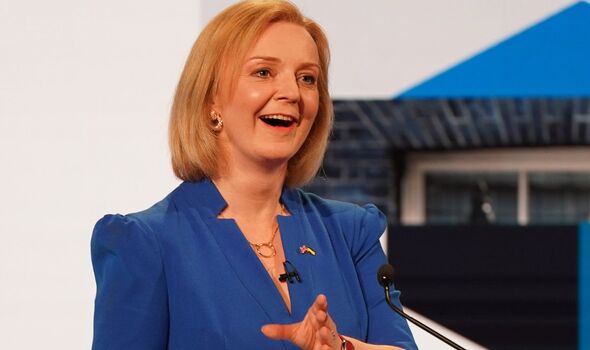 Liz Truss, still Foreign Secretary in Boris Johnson’s Government, has come under fire for her £30billion tax-slashing plans as no top economist has backed her plan – the respected Institute for Fiscal Studies (IFS) concluded her proposals would “likely result in the current fiscal rules being broken” and a “deterioration in the quality” of public services.

In turn, Liz Truss slashed Mr Sunak’s economic plan would lead the country into a recession.

In a fiery exchange, Ms Truss accused her leadership rival of “project fear” as Mr Sunak criticised her plans to cut tax – a reference to an argument put forward by the Remain campaign in the run-up to the 2016 Brexit referendum.

Dealing another blow to Ms Truss, Mr Sunak fired back: “I remember the referendum campaign, there was only one person on the side of remain, project fear, and it was you.”

The foreign secretary then said: “Maybe I’ve learned from that.” 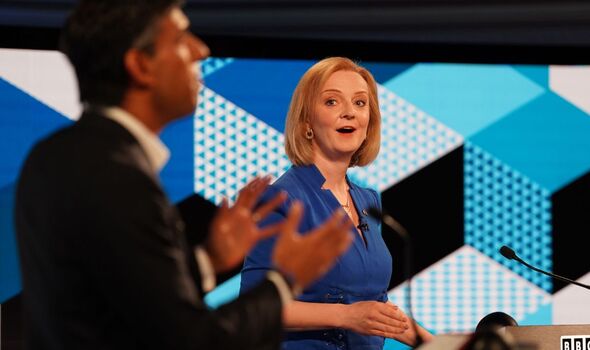 Ms Truss backed the Remain campaign in 2016, raising questions about her legitimacy as leader of the Conservative party. Under Boris Johnson’s Government, the party has moved further to the right and mainly supported Brexit, with Tory heavyweights calling on the next leader to deliver Brexit.

The next Prime Minister will have to grapple with a number of issues inherited from outgoing Prime Minister Boris Johnson’s Government such as the cost-of-living crisis and the Northern Ireland Protocol conundrum.

The foreign secretary and the former Chancellor will face off in another TV debate on August 4.