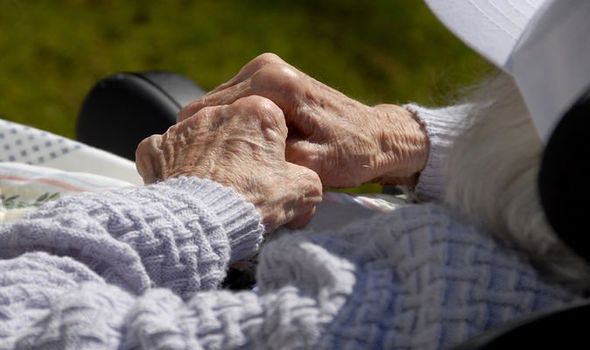 A study revealed 42 percent of people are now anxious about the issue, compared with just 22 percent five years ago.

More than half of adults (52 percent) say the Covid pandemic has made them more fearful – and 71 percent are worried whether the existing policies are adequate to care for older people.

Researchers found the top reason why the pandemic has heightened concerns about ageing is that people are more aware that older people have more underlying health issues (37 percent).

The second most common reason is the “forced isolation of older people from their families and community during lockdown” (33 percent).

The survey of more than 2,000 adults in the UK found women (46 percent) are more likely than men (36 percent) to say they fear ageing.

Yet interestingly, anxiety over ageing actually declines as people get older, according to the research.

While 52 percent of 18 to 34-year-olds are worried, just 32 percent aged over 55 have similar concerns. However, 80 percent of those in that 55-plus group said the pandemic made them worried whether the right policies were in place.

The research was carried out by Savanta ComRes for Pilgrims’ Friend Society, which runs residential care homes and retirement housing schemes.

Stephen Hammersley, the Society’s chief executive, said: “The lack of confidence in policies around care for older people is concerning, particularly given the recent announcement of the Health and Social Care levy that reinforces the perception that older people are a drain on society.

“The population of our country is ageing rapidly, and our care sector currently faces huge hurdles to give people the proper care they deserve when they’re older.” The charity is opening a new type of “household” residential home which features communal spaces and brings together people of different generations.

It said the first of these new homes, Middlefields House, will be opening in Chippenham,Wilts, next month.

Caroline Abrahams, of Age UK, said that while most people try not to think about getting older, events during the pandemic have “given us little choice”.

She said: “Later life can be hugely enjoyable and fulfilling and for many it undoubtedly is. But we all need the assurance that if and when we do need more help, because of declining health or disabilities, it will be there for us.

“At the moment the public is justified in having doubts about this, and it’s up to Government to turn this around.

“It was easy for the needs of older people in care homes to be overlooked at the start of the pandemic, because there was no one in Whitehall to speak out on their behalf.

“The Government could change that by establishing a ministerial or Commissioner role for England, as in other parts of the UK.”