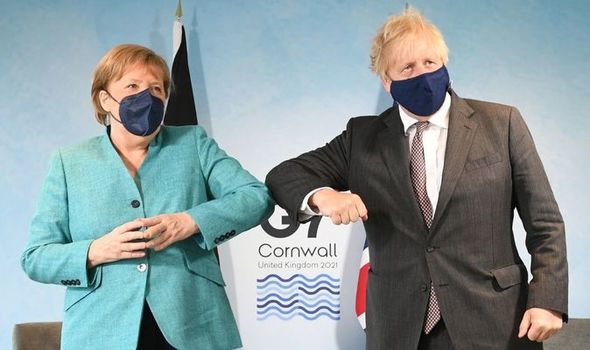 The two leaders posed for pictures in front of the world’s media before carrying out talks on UK-German relations in private.

Brexit frictions have dominated the summit’s agenda so far, with Mr Johnson meeting Ms Merkel as one of a series of bilateral talks with EU leaders.

The G7 summit in Cornwall is the last which Ms Merkel before hanging up her boots as German Chancellor.

Ms Merkel has been the only regular at the international summit since 2006 when she first took on the role as German premier.